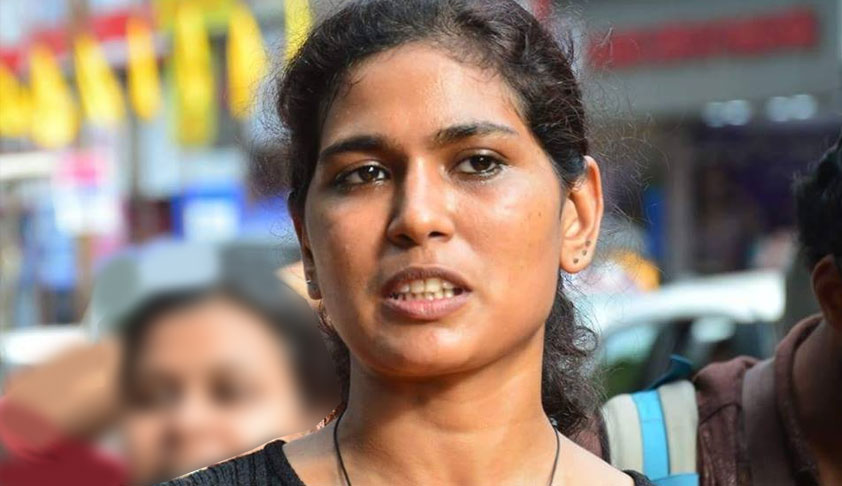 Women's rights activist Rehana Fathima has moved the Kerala High Court for anticipatory bail in an FIR filed against her for posting a video wherein her two minor children are painting on her semi-nude body.

The video, uploaded by the activist on her YouTube channel and other social media platforms with the hashtag "BodyArtandPolitics", has triggered public outrage, with people slamming her for subjecting her children to such an act. However, Fathima has defended the same with a note along with the video asserting that teachings on women's body and sexuality begin at home.

The plea submits that Fathima has been falsely implicated and that widespread news regarding registration of FIR under non-bailable offences is incorrect as the information received states that the offences are under Section 67 of the Information Technology Act, and Section 75 of the Juvenile Justice (Care and Protection of Children) Act, 2015. It is contended that both the offences are bailable, and that the police, under influence of public outcry, is attempting to add non-bailable offences as well.   It has further been averred in the plea that it is Fathima's firm belief that there is a need for openness with regard to conversations that revolve around the body.

The plea invokes the quote of American lawyer Clarence Darrow on causes of crime and its treatment to drive home the point that the "morality of society and public outcry cannot be a reason and logic for instituting a crime and prosecuting a person for the offence".

In 2018, she was arrested in an FIR registered by  Pathanamthitta Police for offence under Section 295A of IPC(outraging religious feelings). The FIR was registered on the basis of a complaint filed by Radhakrishna Menon alleging some of her Facebook posts hurt religious sentiments. It was alleged that Fathima had uploaded certain pictures in Facebook in which she was clad in customary attire of Ayyappa devotees, which were provocative and hurtful.

She made an attempt to enter into Sabarimala when the temple was opened for monthly puja in October after the Supreme Court order allowing entry of women in the age group of 10 and 50 into the Lord Ayyappa shrine.