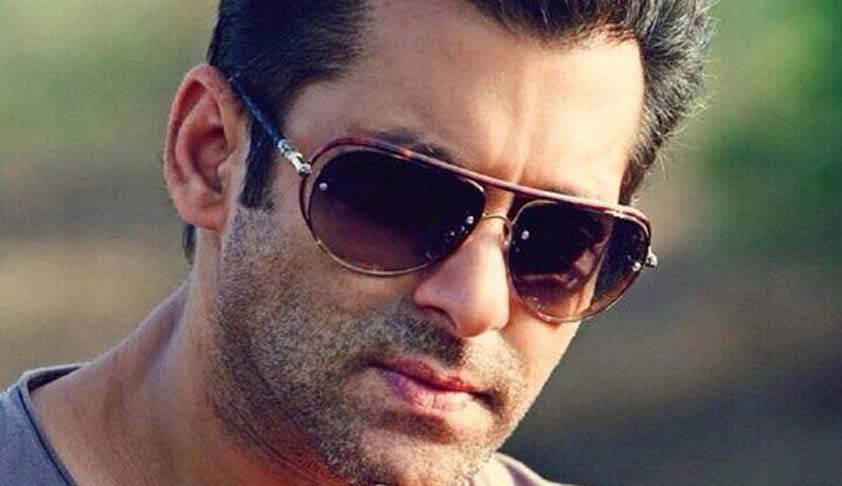 Granting relief to Bollywood actor Salman Khan, a Bombay Civil Court has ordered temporary restraint on access to an online mobile game titled 'Selmon Bhoi', allegedly based on the hit and run case connected with the actor.The Court noted that the make of the game, the images and the mechanical features have been given "impressionistic resemblance" to Salman Khan. On this note, it...

Granting relief to Bollywood actor Salman Khan, a Bombay Civil Court has ordered temporary restraint on access to an online mobile game titled 'Selmon Bhoi', allegedly based on the hit and run case connected with the actor.

The Court noted that the make of the game, the images and the mechanical features have been given "impressionistic resemblance" to Salman Khan. On this note, it observed,

"When the plaintiff has not given any consent for installing, preparing and running such game which is very similar to his identity and the case which was against him, certainly his right to privacy is being deprived and is also tarnishing his image."

The judge, KM Jaiswal,  has granted a temporary injunction in the matter, restraining Parody Studios Pvt. Ltd from disseminating, launching, re-launching and recreating the game or any other content relating to the actor. The injunction also restrains the defendants from making any derogatory remarks against Salman Khan, by exploiting and making available the game or in any manner whatsoever which tends to injure him or his family members in any manner.

Further, they have been directed to immediately take-down/ block/ disable access to the game from Google Play Store and all other platforms.

Filed through DSK Legal, the suit argued that the game "Selmon Bhoi" is phonetically the same Salman Khan's popular name amongst his fans, i.e., "Salman Bhai". It was further submitted that the images displayed in-game appears to be a caricature version of Khan and recreate the alleged events of the Hit and Run case and Blackbuck case involving him, which are sub-judice before Courts. Objections were raised on the name and make of the game with the use of imagery, alleging it to be a clear insinuation towards Khan beyond any reasonable doubt.

It is Khan's case that the defendants have intentionally gained a commercial advantage by exploiting his personality rights, without seeking his consent. Such use has tarnished his reputation and goodwill by displaying factually incorrect and misleading information, which remains outside the purview of Article 19 of the Constitution of India.

Alleging injurious falsehood, Khan sought enforcement of his right to privacy and the right to reputation guaranteed under Article 21 of the Constitution of India. On the question of recreation of the alleged hit and run case and the blackbuck case, it was contend that as the matters remain sub-judice, its reference in the game is interfering with the administration of justice.

Noting that the game is open to the public and that Khan's permission has not been sought, the Court held that it violates his right to privacy, further tarnishing his image. The Court remarked,

"It is clear that right to privacy is implicit in the right to life and property guaranteed to the citizens of this country by Article 21 of the Indian Constitution."

It observed that the defendant-studio had used the identity of a leading Bollywood celebrity for their commercial gain. Directing injunction restraining the defendants from further engaging in the game involving Khan's identity, the Court opined that as he is a widely recognized celebrity, the use of his unaided identification without his consent necessitates a restraint.

Granting time to the defendant for filing of reply, the Court noted that if no relief is granted, the plaintiff will suffer irreparable loss, which cannot be monetarily compensated.

"Till the defendants file the reply and as the prima facie case is made out by the plaintiff, the balance of convenience also lies in his favour and if no ad- interim reliefs are granted the plaintiff will suffer irreparable loss which can not compensated in terms of money."