PMLA Authority Can Pass Order On Attachment Of Anil Deshmukh's Assets Worth 4.2 crore, But No- Coercive Steps Till January 10 : Bombay High Court 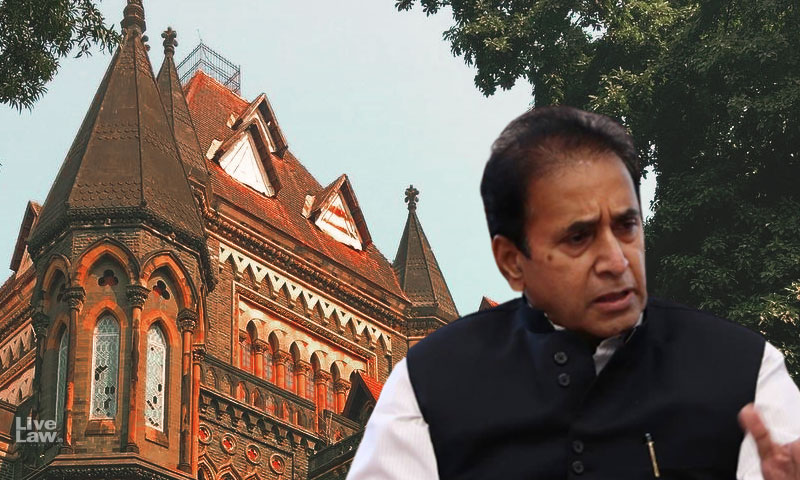 The Bombay High Court on Friday allowed the Adjudicating Authority under Prevention of Money Laundering Act to pass an order regarding attachment of assets belonging to former Home Minister Anil Deshmukh and his family but directed that no coercive steps should be taken till January 10 or without the HC's permission. A division bench of Justices Gautam Patel and the Madhav Jamdar...

The Bombay High Court on Friday allowed the Adjudicating Authority under Prevention of Money Laundering Act to pass an order regarding attachment of assets belonging to former Home Minister Anil Deshmukh and his family but directed that no coercive steps should be taken till January 10 or without the HC's permission.

A division bench of Justices Gautam Patel and the Madhav Jamdar modified December 6 order by which they had restrained the Authority from passing final orders.

The court was hearing Anil Deshmukh's wife – Aarti's - petition challenging the provisional attachment of the family's assets worth Rs. 4.2 crores by the Enforcement Directorate, as well as the proceedings before the Adjudicating Authority to confirm the attachment.

The Enforcement Directorate can provisionally attach assets considered to be proceeds of money laundering for 30 days. An Adjudicating Authority then either confirms or declines to confirm the attachment. The final outcome pertains to confiscation of property to the Central Government.

The petitioners have raised preliminary objections regarding the constitution of the AA. The petitioner claimed that while the AA must consist of one chairperson and two members, at present the AA has only one member who no background in law as mandated under section 6 of the PMLA Act.

On Friday, the Additional Solicitor General Anil Singh for the Enforcement Directorate said that the agency would want to oppose the writ petition on the aspect of maintainability.

He also submitted that the AA, whatever be composition, should be allowed to complete proceedings, including passing an order, and the provisional attachment of property may be allowed to be confirmed by the AA.

Senior Advocate Vikram Chaudhri along with Advocate Inderpal Singh for Deshmukh said that coercive steps may not be taken as the petition would then become infructuous.

"ASG is correct in his submission that AA should be permitted to continue to the proceeding in accordance with law and as contemplated under the statute," Justice Patel said while dictating the order.

He added that all contentions of the parties would be kept open and all orders would be subject to the outcome of the present petition.

Therefore, the court directed that if the AA member passed a final order on the attachment of Deshmukh's assets between January 1-10, no coercive steps should be taken.

Aarti Anil Deshmukh, in her prayers, sought direction to ED to constitute adjudicating authority strictly as per the PMLA and sought the current authority having a single member to be restrained from conducting any further proceedings.

The plea also sought to strike down the second proviso of section 5 of the PMLA, arguing that same provides "unguided and arbitrary powers to the authority to provisionally attach any property without any report having forwarded to magistrate or a complaint being filed pertaining to the scheduled offence for the purpose of getting finality to such provisional attachment."

The ED's case is based on the CBI's corruption FIR against Deshmukh wherein Ex-Mumbai police commissioner Param Bir Singh alleged that Deshmukh had asked dismissed cop Sachin Waze and two other officers to illegally collect Rs 100 crore from bar owners every month for him.

According to the ED probe, as Maharashtra's home minister, Deshmukh had received atleast Rs 4.7 crore in illegal gratification in cash from various orchestra bar owners between December 2020 and February 2021 through dismissed cop Sachin Waze.