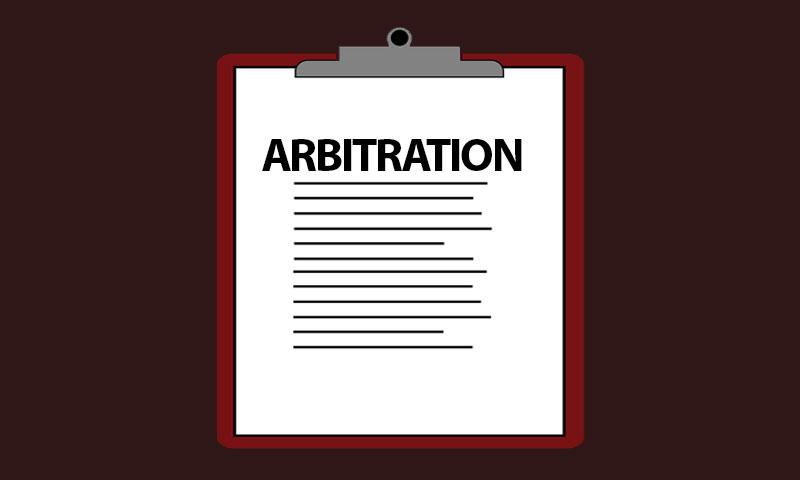 The Bombay High Court has recently observed that once the parties have acknowledged that an arbitration clause was embodied in the substantive contract, insufficiency of stamps cannot prevent the court from disposing an application under Section 11 of the Arbitration and Conciliation Act, 1996 for appointment of arbitrators. Single Judge AK Menon said,"Arbitration is seen as a...

The Bombay High Court has recently observed that once the parties have acknowledged that an arbitration clause was embodied in the substantive contract, insufficiency of stamps cannot prevent the court from disposing an application under Section 11 of the Arbitration and Conciliation Act, 1996 for appointment of arbitrators.

"Arbitration is seen as a speedy remedy but if applicants and respondents who may have counter-claims, have to await the fate of adjudication of documents for stamping and conclusion of the statutory challenge, the purpose of arbitration may be defeated. In my view, once parties are ad-idem on the fact that they have signed the writing containing an arbitration clause, the parties having acknowledged that an arbitration clause was embodied in the substantive contract, cannot prevent the court from disposing an application under Section 11 and the High Court, in my view, need not await the decision of the claimant in the case at hand as to whether or not to pay stamp-duty, as adjudicated. If this is not to be so, a large number of arbitration proceedings will be held up right at the inception, which is not desirable."

The Court dealt with an application filed under Section 11 whereby the applicant, Pigments & Allieds, sought appointment of a Sole Arbitrator to adjudicate upon disputes between the applicant and the respondents under a Tripartite Agreement dated 6th February 2013.

The application was opposed by the 1st respondent-Carboline. The 2nd respondent-Octamec was in liquidation and accordingly, the Official Liquidator of the 2nd respondent was impleaded as respondent no. 2. The original Tripartite Agreement dated 6th February 2013 was not available with any of the parties.

The issues that were canvassed before the judge were:

-whether a copy of an instrument can be impounded and stamped with stamp-duty;

-whether in the arbitration agreement providing for three arbitrators, a Sole Arbitrator can be appointed;

-whether on account of insufficiency of stamps, there is a prohibition against appointing an Arbitrator in view of the decision in Inter Continental Hotels Group (India) Pvt. Ltd. & Anr. Vs. Waterline Hotels Pvt. Ltd., and

-whether no reference should be made because this is a case of 'deadwood' and no purpose is served by appointing an Arbitrator.

The single judge noted that though none of the parties were in possession of the original, however, none of them dispute the existence of the agreement.

"Non-availability of the original agreement at this stage will not prevent this court from appointing an Arbitrator. It is possible that the document is still lying undiscovered with either of one of the parties. If it is with any of the parties, it could surface tomorrow and the agreement and its contents having been accepted and relied upon by both sides, there is no merit in contending that absent the original agreement, no reference can be made."

Since in this case the document was not available, it noted that as per the proviso to Section 3(b), a copy, whether true copy or not, including a facsimile image of the original instrument, on which duty is chargeable under the provisions of this section, shall also be chargeable with full stamp duty, as set out in Schedule-I, if proper duty is not paid on such original instrument.

"Chargeablity of a copy to duty is obvious from Section 7 of the Stamp Act and this has been considered in the case of Hariom Agrawal Vs. Prakash Chand Malviya, (2007) 8 SCC 514, in which the challenge to the constitutional validity of the provision, which required a copy to be stamped when brought into the State of Maharashtra, has been repelled. In the case of Hariom Agrawal (Supra) , documents evidencing security created in favour of banks and financial institutions outside the State of Maharashtra and in Gujarat were sought to be made chargeable to duty in Mumbai since the borrower companies had their registered office in Mumbai and were required to register a charge with the Registrar of Companies in relation to such property based on a copy of the agreement. The original, no doubt, had been stamped, as required under the Stamp Act as applicable in the State of Gujarat, where the duty was lower, but when the document was brought into the State of Maharashtra, the copy was found to be chargeable with additional stamp duty. That challenge has been repelled, as seen from paragraphs 4 and 5, read with paragraphs 14, 17 and 19, of the decision in Hariom Agrawal. Thus, it is evident that under Section 7 of the Maharashtra Stamp Act, unless it is proved that stamp duty paid on the principal agreement, being the original instrument in the instant case, has been paid is established, duty chargeable under the Act would have to be paid on a copy of the instrument."

The judge further agreed that if the duty payable in Maharashtra was higher, then the higher duty would have to be paid and the applicant would be entitled to credit to the extent of the amount paid on the instrument in the first place or that would seem to have been paid on the instrument from the copy thereof.

In this regard it referred to the case of New Central Jute Mills Co. Ltd. and Ors. Vs. State of West Bengal and Ors., (1964) 1 SCR 535, wherein the Supreme Court was considering an instrument executed in Uttar Pradesh and consequently liable to stamp duty under the Indian Stamp Act, as amended in Uttar Pradesh, but relating to property in West Bengal.

The single judge considered Supreme Court's decision in Hindustan Steel Ltd. Vs. Dilip Construction Co. [(1969) 1 SCC 597], which observed that the Stamp Act is a "fiscal measure" enacted to secure revenue of the State on certain classes of instrument.

"It was not enacted to arm a litigant with a weapon of technicality to meet the case of his opponent. The judgment reiterates that the stringent provisions of the Act are in the interest of the revenue and once that object is secured in accordance with law, the party's taking his claim on the instrument will not be defeated on the ground of the initial defect in the instrument."

Thus, the single judge was unable to accept the contention that the tripartite agreement is unstamped and that there is a case of deadwood at hand.

In the present case, Octamec is not a claimant, nor is it a defendant. Assuming it to be a defendant, it is not a contesting defendant. At best, the applicant would have had to seek leave under the Companies Act before proceeding against the company in liquidation and that has been done. The enquiry that the court was required to make was to ascertain whether an agreement exists between the parties and in that behalf, the dispute in the present case clearly appears to be between the Applicant and Carboline. Thus, the Applicant is the claimant and the defendant is Carboline.

The single judge stated that clause 10(a) provides for authorized representatives to promptly make an attempt in negotiation in good faith. The question is, if negotiations are not initiated by either party, whether reference to arbitration can be bad. The single judge answered it in the negative.

"There is nothing to show that Carboline has attempted negotiations or have suggested that negotiations be initiated first. In the absence of such an attempt, there is no substance in this objection."

On the impounding of document, the Court held,

"It is fairly clear from the decision of this court in the case of Pradeep Shyamrao Kakirwar (Supra), which holds that the copy of a document cannot be impounded and only the instrument can be impounded. Notwithstanding that, the Stamp Authorities have now acted on the direction of this court to ascertain duty payable on the instrument. It is not known as to where the original agreement is and in that view of the matter, the law on the subject appears to be that a copy cannot be impounded but then a copy is liable to be stamped in view of Section 7 and Hariom Agrawal (Supra)."

The Court finally referred to InterContinental Hotels Group on the issue of jurisdiction of Court to adjudicate on existence of the agreement at the pre-appointment stage.

It held that in the present case, the document is, at best, insufficiently stamped, and an Arbitrator would have to be appointed.