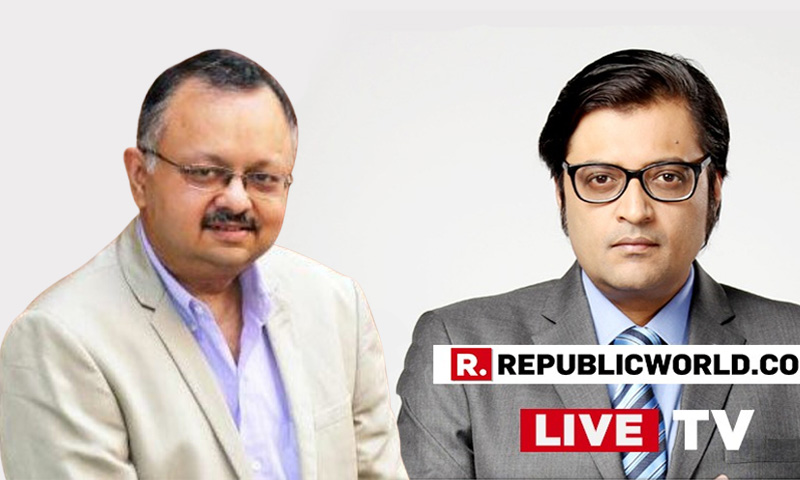 The Mumbai police has told the Bombay High Court that the investigation conducted so far in the TRP scam case has prima facie indicated collusion between officials of the Broadcast Audience Research Council(BARC) and others to manipulate Television Rating Points.

"The investigation in the subject FIR has reached a crucial stage.The investigation carried on so far prima facie indicates collusion between officials of the BARC and others to manipulate ratings", the affidavit filed by Shashank Sandbhor, Assistant Commissioner of Police, CID, Crime Branch said.

The right of freedom of speech and expression guaranteed under section 19(1)(a) of the constitution cannot be invoked to thwart the investigation into the Television Rating Points (TRP) scam, the Mumbai police has said.

The affidavit states that Arnab Goswami, who has alleged a malicious witch-hunt against Republic TVs employees by the Mumbai Police, is abusing his journalistic freedom by holding debates on the FIR into the Scam.

"The entire effort by Petitioner No. 2 (Arnab) is to have a 'media trial,' with regard to the alleged scam of fudging TRP's where in the TV Channels owned by ARG Outlier are given a 'clean chit' and Mumbai Police is shown in a bad light… Clearly, Petitioner No. 2 (Arnab) is abusing the journalistic freedom available to him under Article 19(1)(a) of the Constitution."

The police has further added that the petition, filed under Article 226 of the Constitution, is not maintainable as neither of the petitioners have been named as accused in the case.

The Mumbai Police registered an FIR on October 6, 2020, under sections 409, 420(cheating) & 120B (conspiracy). Only two employees of Republic TV including its CEO Vikas Khanchandani have been named in the two charge sheets filed, so far. Other accused include Romil Ramgarhia and Partho Dasgupta, former CCO and CEO of Broadcast Audience Research Council (BARC), respectively.

The Court on Friday adjourned the matter for February 12, 2021. ARG Outlier and Goswami have been directed to file their rejoinder affidavits by February 9.

The affidavit filed by Assistant Commissioner of Police Shashank Sandbhor, further says that it is not the Mumbai Police, as alleged, but the petitioners who are interfering and intimidating witnesses by "issuing press releases."

On the point of non-maintainability of the petition, the affidavit claims that as the trial court has already taken cognisance of the offenses, which Republic TV employees named as accused, did not object to. "..The Petitioners cannot now be heard to say that all proceedings pursuant to the charge sheet be quashed," it reads.

Moreover, if the petitioners have "apprehensions of interrogation leading to an arrest, the Petitioners are free to move the appropriate court for reliefs of anticipatory bail or other reliefs…"

Regarding the transfer of investigation, the Mumbai Police has said that it is a settled law that an accused has no right to seek a change in investigating agency or direct how an investigation should be done.

It adds that the Court cannot render findings on disputed questions of fact under Article 226 of the Constitution. "It is unthinkable that the petitioner is choosing to move court under 226 to thwart the investigation, … and ensure that the complicity of others is not brought to light."

The Mumbai Police says they have not coerced any witnesses, "It is denied that there is any coercion on part of the Respondent (Police) on any witness in the present proceedings. On the contrary, it is the petitioners who have demonstrably contacted witnesses, have run a parallel media trial and in the present case, and have sought to browbeat and coerce the respondent agency by making wild allegations in multiple telecasts."

The media house has run several shows on the FIR and have made false and baseless allegations against the Mumbai Police, it adds.

"The Mumbai police is a professional police force who do not let individual opinions affect their working and judgements," the affidavit says about the allegations of a vendetta campaign against the media house for its reportage in the Palghar Lynching case and Sushant Singh Rajput's case.

The Police has also denied that Goswami is implicated as part of a concerted effort and political conspiracy to initiate multifarious legal proceedings against them at the behest of the political dispensation in Maharashtra.