'His Crime Is A Crime Of Conscience' : Jaising Argues As Bombay HC Reserves Order On Varavara Rao's Bail On Medical Grounds 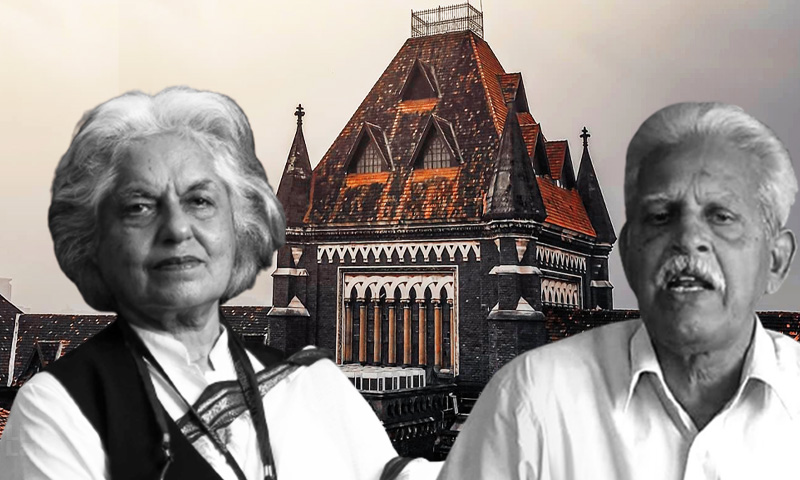 The Bombay High Court on Monday reserved its order on the medical bail pleas of 81-year-old ailing Telugu poet - Dr Varavara Rao – an accused in the Elgar Parishad- Bhima Koregaon case. Rao, who suffers from several medical complications was arrested on August 28, 2018 and is currently recuperating in Nanavati hospital, after the High Court's intervention in November, last...

Rao, who suffers from several medical complications was arrested on August 28, 2018 and is currently recuperating in Nanavati hospital, after the High Court's intervention in November, last year.

His lawyers have sought for the octogenarian to be granted bail and sent back to his home, in Hyderabad, for at least three months, owing to his advanced age and neurological condition. The National Investigating agency and the State have vehemently argued against setting him at liberty due to the serious allegations against him. They have, however, shown their willingness for him to be shifted to the prison ward of Sir JJ Hospital, where his condition could be monitored.

A division bench of Justices SS Shinde and Manish Pitale will also pass an order on Rao's wife Pendyala Hemlatha's petition for a declaration that her husbands fundamental rights to health, dignity and life, and thereby his rights, under Article 21of the Constitution of India have been violated by prison officials.

Senior Advocate Indira Jaising appearing on behalf of Hemlatha said that Rao has spent 149 days of the 365 days in a year, in a hospital ward. "Life is dear to everyone, including a prisoner, and the court is here to protect it." she submitted in her closing arguments on Monday.

As for the seriousness of the allegations, Jaising submitted, "It is a victimless crime, as not a single person is alleged to have been killed on account of violence unleashed by him." She argued that the only allegation is that letters naming him have been recovered from the computer of a co-accused.

"His crime is in his mind, it's a crime of conscience. If he disagrees with the policies of the government... He does. If for that you have to be prosecuted, you are prosecuted," she submitted.

Jaising pointed out that neither the State nor the NIA has denied that there are merely three Ayurveds in the prison jail hospital, not a single allopathic doctor, leave alone a specialist. "His continued incarceration is incompatible with his health." She repeated.

Rao was admitted to JJ Hospital, last year. However, after he tested positive for the coronavirus, he was shifted to St. George Hospital and subsequently to Nanavati Hospital, after the Human Rights Commissions intervention. He was finally discharged from the hospital in July, 2020.

His lawyers approached the Bombay High Court in November, after it was found that Rao was suffering from Urinary Tract Infection, accompanied with a kidney disorder. His discharge summary from St George Hospital had also mentioned dementia.

Rao was admitted to Nanavati hospital from Taloja Prison on November 18, 2020, with the state agreeing to bear his expenses there. Earlier this month, Nanavati finally sent a report saying the poet can be discharged.

During previous hearings, the court observed that Rao's catheter remained unchanged for three months in Taloja.

Additional Solicitor General Anil Singh appearing on behalf of NIA has argued that the court could impose conditions on the State regarding Rao's treatment, instead of granting him bail as it was a matter of national security.

On Monday Singh again emphasized that Rao was booked under the UAPA Act. However, Justice Shinde observed that a "Speedy trial is considered as a part of fundamental rights," and Rao was seeking bail on medical grounds. "Two hundred witnesses have been cited, charges are not framed." He added.

Singh responded by saying that citing of a large number of witnesses cannot be a ground to grant bail. "It's the responsibility of the state to take care of his health, they are doing so."

Referring to the 2007 European judgement cited by Rao's lawyers Hummatov vs Azerbaijan, Singh submitted that the present case is different because the octogenarian is being treated in Nanavati Hospital.

"He was sent to Nanavati because the Human Rights Commission intervened and the second time because we did," Justice Shinde observed.

Based on Nanavati's report, Singh has claimed Rao does not suffer from dementia. However, lawyers appearing on behalf of the poet have stated that even the Nanavati report doesn't conclusively rule out dementia.

Advocate Anand Grover who has argued the medical bail application is opposed to sending Rao to JJ Hospital, calling it a hot bed of infections.

During an earlier hearing the Court had suggested strict bail conditions court be imposed on Rao, like not being allowed to leave the court's jurisdiction.

The Court said Rao will be kept in the hospital till the judgement is pronounced.