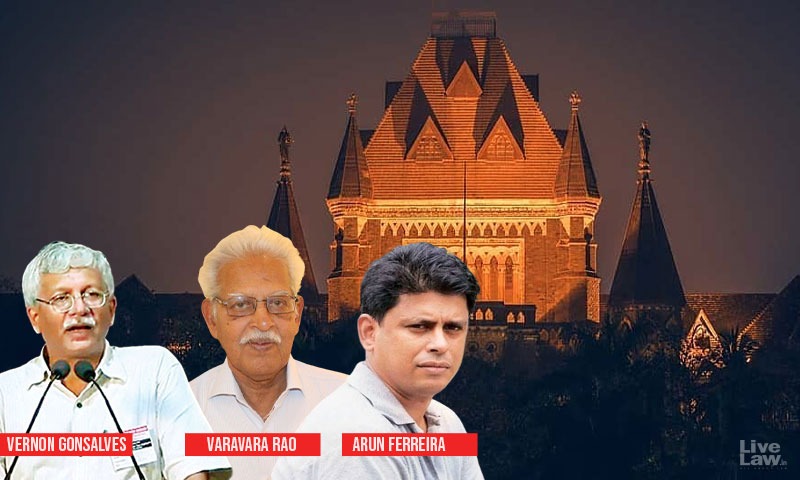 The Bombay High Court has directed the National Investigation Agency to respond to a review application filed by three accused in the Bhima Koregaon – Elgar Parishad Case seeking bail and factual corrections in the order refusing them default bail. A division bench led by Justice SS Shinde gave the agency two weeks to file their reply and posted the application filed...

The Bombay High Court has directed the National Investigation Agency to respond to a review application filed by three accused in the Bhima Koregaon – Elgar Parishad Case seeking bail and factual corrections in the order refusing them default bail.

On December 1, the High Court denied default bail to the petitioners and five of their co-accused on the ground that they had not filed their default bail applications within the stipulated period, which is after 60 days of their arrest and before filing of the charge sheet.

Therefore, it was held that even though the Pune Sessions Judge extended their detention after 60 days without jurisdiction, since he was not a special judge under the NIA Act, they were not entitled to relief. Co-accused Sudha Bharadwaj was however granted bail in the same order.

"If necessary correction is not carried out it shall result in gross miscarriage of justice as the indefeasible right though exercised would be taken away and the applicants cannot enforce their right at all," the plea states.

As for Sudhir Dhawale, Rona Wilson, Surendra Gadling, Shoma Sen and Mahesh Raut, they are pursing their default bail pleas filed on September 26, 2018, i.e. 90 days after their arrest on July 6 and before the first charge sheet against them was submitted on November 15, 2018. They have sought for the special court to decide these applications now.

The three accused in their application before the High Court said that the result of the observations while rejecting their default bail plea is that "they had not made any application at all for default bail and secondly they are not entitled for relief of compulsive bail as they have not availed of the right available to them."

Finally the application filed through advocate R Satyanarayanan states that the High Court has plenary powers to correct such factual errors.

The matter has now been adjourned to February 24.