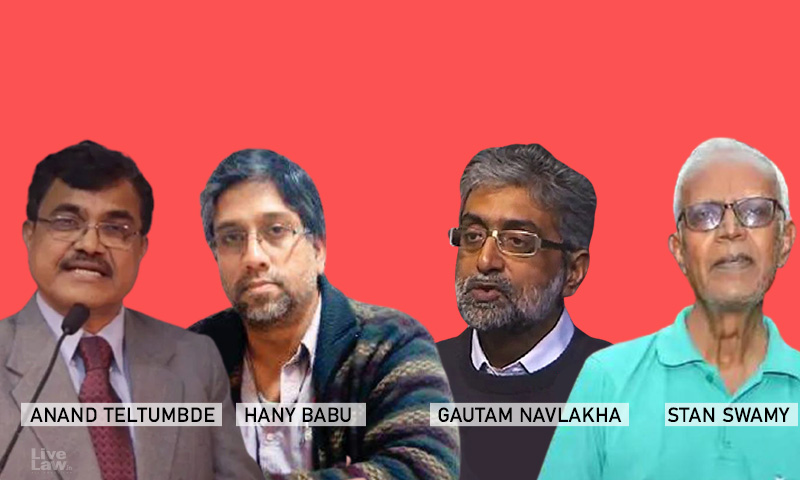 Milind Teltumbde, who is said to be absconding, is the eight-person arrayed as the accused in the case registered for various offences under the stringent anti-terror law Unlawful Activities Prevention Act (UAPA), and offences related to sedition, waging war against India, criminal conspiracy etc., under the Indian Penal Code.

The central agency alleged that the accused persons conspired to "further the ideology of terrorist organization CPI(Maoist)" and "brought hatred and disaffection towards the Government established by law" and "promoted enmity between different groups on grounds of religion, caste and community".

As regards 70-year old Teltumbde - who is lodged in Mumbai's Taloja's prison since April - the NIA alleged that he was one of the convenors of the "Bhima Koregaon Shaurya Din Prerna Abhiyan" and was present at the Elgaar Parishad meeting at Shaniwar Wada, Pune on December 31, 2017. The NIA further alleged that he played an active role with other Maoist cadres and received funds from them for carrying out their activities.  The NIA claimed that incriminating documents revealing his deep involvement with CPI(Maoist) activities have come to the fore.

Gautam Navlakha, who was a member of the PUDR and editor of EPW weekly once, was alleged to have been assigned with the role of uniting intellectuals against the government and to recruit cadres for guerilla activities of CPI(Maoist). He was also alleged to have links with the ISI.

Hany Babu, associate professor of Delhi University, who was arrested in August, was alleged to have been instrumental in organizing visits of foreign journalists to Maoist areas and in making efforts and raising funds for the release of Professor G N Saibaba. He was allegedly in contact with banned terrorist organizations.

Kabir Kala Manch was termed a front organization of CPI(Maoist) propagating its ideology.

The NIA, which took over the probe from Pune Police in January 2020, claimed that a "systematic network" of Maoists operating for the supply of arms and ammunitions had come to the fore during their investigation. This network, the agency said, has a "proper nexus" with the Maoist cadre and other banned organisations within and outside India.

The case against them relates to the Elgar Parishad event of December 31, 2017, organized by the Kabir Kala Manch at Shaniwarwada in Pune. According to the investigating agency, the songs and speeches at the meeting allegedly incited the violent events at Bhima-Koregaon in Pune the next day, during the commemoration of the 200th year of the Bhima-Koregaon battle.

The police had claimed that those arrested had "active links" with the banned Communist Party of India (Maoist), and accused activists of plotting to kill the prime minister.