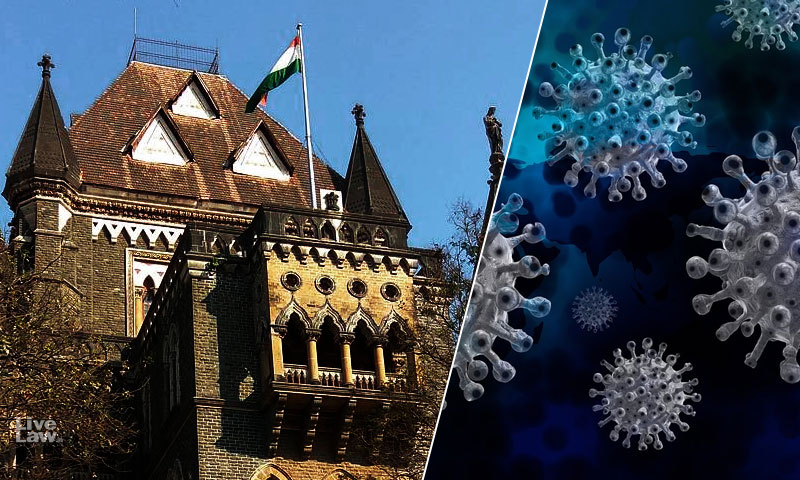 The Bombay High Court has asked Maharashtra Chief Secretary to clarify the reasons behind the government's decision to permit only fully vaccinated people to board local trains in the Greater Mumbai area in an affidavit.

A division bench of Chief Justice Dipankar Datta and Justice M S Karnik was hearing petitions challenging the State Government's decision to permit only fully vaccinated people to board local trains, and visit malls and workplaces.
The bench, on Wednesday, observed that the issue involved curtailing fundamental rights of citizens who have got either no dose or just one dose, their bread and butter was dependent on daily wages and they could not afford other modes of transport.
In separate petitions, activists Feroze Mithiborwala and Yohan Tengra have sought that everyone who needs to travel by local trains within the Mumbai Metropolitan Region be allowed to travel, irrespective of the status of their vaccination.
It was submitted before the court that the Central government had made it clear that there cannot be discrimination based on vaccination status despite which the State Government was passing such orders.
The petitioners then pointed to certain deaths due to vaccination in European countries, after which the bench asked them to cite reports only from India and opinions of Indian scientists on the issue. "Show us only from Indian reports and what our scientists are saying. They (other countries) are still struggling with Covid, while we've gone past the second wave. We stand on a much better footing. Do not compare India with them. Those countries should learn from India," the court observed.
"In European countries, there is a sparse population. Here, only in Dharavi there is population as much as a European country, therefore in India, there are more challenges," the court added.
Senior Advocate Anil Anturkar, representing the State Government, argued that the petitions were not maintainable. Citing non-disclosure of the petitioners' vaccination status, Anturkar argued that the petitioners did not have any locus to file the petitions as they "did not represent the large number of unvaccinated people." He added that the petitions were "filed casually" therefore no interim relief should be granted.
The court then observed that the broader issue of curtailing fundamental rights of citizens who cannot avail the suburban rail services and the rationale behind the decision needed to be presented before the court either by the State Government or by the State Disaster Management Authority (SDMA).
The Court then asked the State Chief Secretary, who is also the CEO of SDMA and Chairperson of the State Executive Committee, to file an affidavit by December 21. The court also allowed the petitioners to make the authorities concerned parties to the petitions and kept the case for further hearing on December 22.