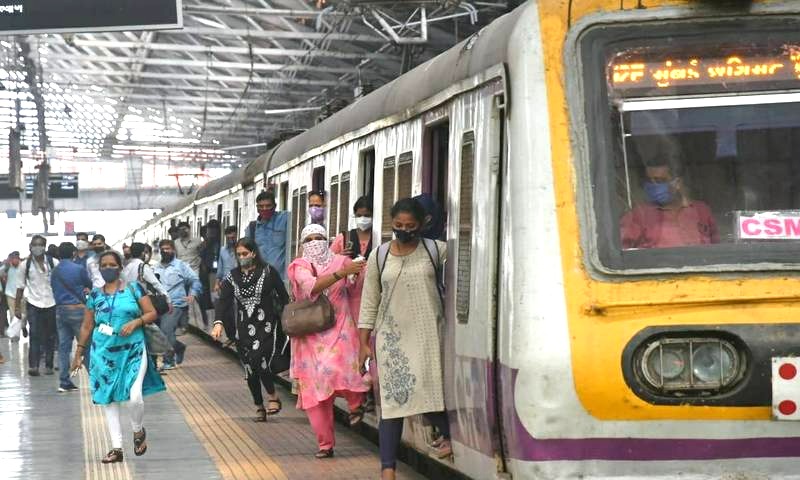 The Maharashtra government, on Wednesday, informed the Bombay High Court that it won't withdraw restrictions imposed on individuals on the basis of their vaccination status from boarding local trains, visiting malls or places of employment.A division bench of Chief Justice Dipankar Datta and Justice MS Karnik, expressing disappointment at the government not taking note of the observations made...

The Maharashtra government, on Wednesday, informed the Bombay High Court that it won't withdraw restrictions imposed on individuals on the basis of their vaccination status from boarding local trains, visiting malls or places of employment.

A division bench of Chief Justice Dipankar Datta and Justice MS Karnik, expressing disappointment at the government not taking note of the observations made by the bench at a hearing last month, allowed the petitioners to challenge government's fresh order once it is published. The bench also allowed the government to publish the fresh order, a copy of which was handed over to the court for perusal by Senior Advocate Anil Anturkar, appearing for the state.

"We made a mistake and expressed hope and trust that the govt would take the decision. Even in the DGP matter, we could have passed an order. This is the lesson that the government has given to the court. You don't respect the court's sentiments. We will remember this next time," the court observed while also referring to the recent appointment of IPS officer Sanjay Pandey as Commissioner of Police, Mumbai.

In a hearing of February 22, 2022, the bench had observed that orders passed by former Chief Secretary Sitaram Kunte without deliberation with other members of the State Executive Committee (SEC) seemed to be in breach of the State Disaster Management Act. The bench had also observed that it hoped that the committee would take a well informed decision keeping in view the current situation with respect to the pandemic and that certain illegal decisions brazenly violated fundamental rights.

According to the fresh order signed by Principal Secretary, Department Of Revenue and Disaster Management, the SEC has decided to maintain the restriction of use of public transport to only those who are fully vaccinated. According to Anturkar, the order was based on minutes of SEC meeting held on Feb 25 under the Chief Secretary.
The bench, in its latest order on Wednesday, noted, "In our order dated February 22, we have observed that the state, in previously issuing orders restricting travel by public transport, had imposed restrictions in a manner which had no sanction of law and that in keeping with the improving situation, it would be eminently desirable if the committee took a decision which would keep a quietus on effect of these PILs. Having regard to gross violations in imposing restrictions since August 10, 2021, it would have been better for us to strike down the further orders passed by the state government in the later months in exercise of our suo motu powers. However, we had reposed hope and trust that SEC would take a decision which is reasonable and not in derogation of fundamental rights of citizens protected by article 19 (1) (d). We are mistaken."
The bench further noted that the SEC did not show respect to the court's observations and decided to maintain the restrictions. "The SEC instead of respecting the observations that we had made in our order, has insisted on only vaccinated people being allowed to avail public transport despite the fact that presently in Mumbai and adjoining areas, almost every activity is being performed as in the pre-pandemic days and that normalcy has been restored."
The bench was hearing two PILs seeking to set aside Circulars and an SOP prohibiting those who haven't taken both doses of Covid-19 vaccine from travelling by the local train. The petitions are filed by activist Feroze Mithiborewala and Yohan Tengra, member of the Awaken India Movement alleged that the Circulars discriminate against those who haven't taken the vaccine and were thus violative of Article 14 (equality ), 19 (freedom of speech and expression) and 21 (right to life) of the Constitution.
Citations: 2022 LiveLaw (Bom) 59
TagsBombay High Court COVID 19 Covid Vaccination Travel in Local Train Vaccine Mandate Disaster Management Act 2005
Next Story
Similar Posts
+ View more
Law Firms
+ More