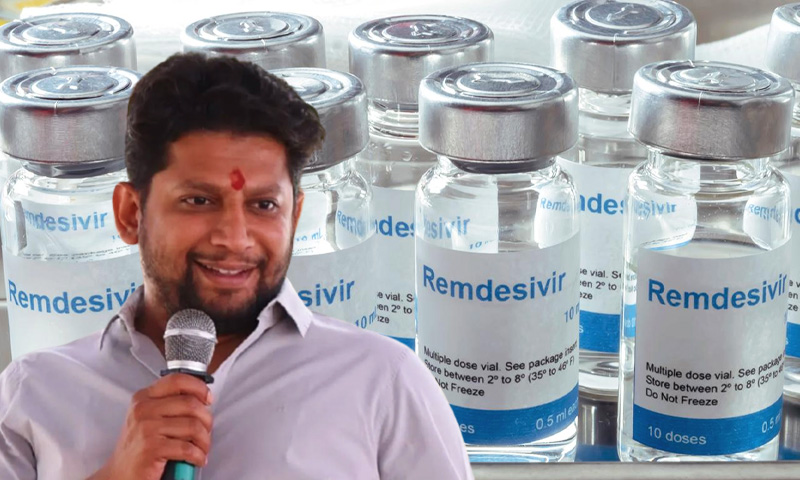 On Thursday, the Bombay High Court (Aurangabad Bench) took strong exception to a press conference held by the Ahmednagar District Collector to support BJP MP Dr.Sujay Vikhe Patil in relation to his alleged unauthorized procurement and distribution of Remdesivir drug.The court was hearing a petition seeking directions for an FIR against BJP MP Patil from the Ahmednagar constituency for...

The court was hearing a petition seeking directions for an FIR against BJP MP Patil from the Ahmednagar constituency for the alleged illegal procurement and distribution of Remdesivir injections via a chartered flight from Delhi to Shirdi.

A division bench of Justices Ravindra Ghuge and BU Debadwar said it wouldn't have confidence in the District Collector Dr Ranjendra Bhosle participating in any investigation unless proven otherwise.

"Ex-facie, considering the role played by the District Collector, Ahmednagar Dr.Rajendra B. Bhosale unless proven otherwise, we do not think that we would any confidence in his role in the investigation", the court said in the order.

The bench then directed the District Superintendent of Police, Ahmednagar, to trace out the boxes containing Remdesivir injections unloaded by the MP at the Shirdi Airport and place a report on May 3, 2021.

The court also directed the Principal Secretary, Home Department, State of Maharashtra, Mumbai, to ensure the preservation of details about the aircraft landings at the Shirdi Airport connected with private aircraft / chartered flights 10.04.2021 to 25.04.2021. It also allowed the Collector to justify himself and adjourned the matter for Monday.

During the hearing, advocate Pradnya Talekar from Talekar and Associates represented the petitioners. She pointed out a press cutting from Dainik Loksatta on April 27, showing the Collector justifying the actions of the MP in a press conference after meeting with Dr. Sujay Vikhe Patil.

How A Politician Procured 10,000 Vials Of Remdesivir From Delhi When Capital Is In Crisis? Bombay High Court Asks

In his press conference, the District Collector said that the controversial vials were procured legally. He said he permitted a civil surgeon to place an order with a Pune manufacturer. The surgeon placed the order and paid an amount of Rs.7,56,000 and Rs.18,14,4000, and that Dr.Vikhe Patil Medical Store in-turn paid the civil surgeon, he said. This was also informed to the court, through Adv. DR Kale.

The bench, however, observed that these 1700 Remdesivir injections, which the District Collector says have been legally purchased, have not taken the air journey through the chartered aircraft from Delhi to Shirdi.

"Issue would be, whether this is a legally accepted procedure?" it observed.

The bench further said that prima-facie, the district collector, was attempting to protect the concerned.

"Though we are not forming a final opinion, prima facie, we are of the view, considering the press conference allegedly held in the premises of the District Collector by he himself and the receipts placed before us and that these injections have not taken the route from Delhi to Shirdi, the District Collector is attempting to protect the concerned make the statement that these are injections that have come from Pune and most of them have been handed over to Dr Vikhe Patil Medical Store."

Therefore, the bench added that the question would be if BJ MP Dr Patil was in possession and carried a different set of boxes containing Remdesivir injections through the chartered aircraft from Delhi to Shirdi and as to where are these boxes?

The bench questioned the authenticity of Patil's claims in his video. "Whether, the video recordings and photographs uploaded by the said Member of Parliament during his air journey as well as on landing at the Shirdi Airport and distributing the said injections by holding a get together, are truthful or not and whether, they need to be investigated.

The court specifically asked for the CCTV footage of the cargo to be secured, since the petitioners allege and also the concerned Member of Parliament purportedly states in his video recording that he landed in the chartered aircraft at Shirdi Airport and unloaded boxes of Remdesivir injections.

We make it clear that we will not tolerate any excuse about any CCTV footage being lost or loss of any details of the chartered/ private aircraft landings and take off.

An intervention application filed by some of the patients supporting the action of the MP in procuring the drug which saved their lives was rejected by the HC stating that it does not wish to go into the details into whether the patients were illegal beneficiaries, and leave that question to the investigating authority, while this petition is limited to the illegal procurement, transport and distribution of 10000 Remedisivir injections by the MP from Delhi to Ahmednagar.