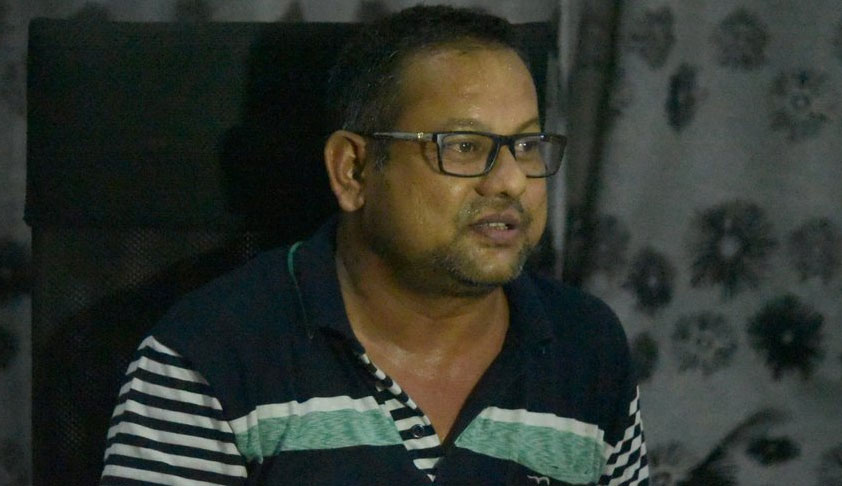 The Bombay High Court on Friday allowed temporary bail to Bhima Koregaon-Elgar Parishad accused Advocate Surendra Gadling from August 13 to 21 to attend his mother's death anniversary.A division bench headed by Justice SS Shinde and NJ Jamadar observed that the rigours of regular bail under the Unlawful Activities (Prevention) Act would not apply for the grant of temporary bail on...

A division bench headed by Justice SS Shinde and NJ Jamadar observed that the rigours of regular bail under the Unlawful Activities (Prevention) Act would not apply for the grant of temporary bail on humanitarian grounds.

Therefore, the judgement in the case of National Investigation Agency Vs. Zahoor Ahmad Shah Watali could not be used to oppose bail being sought purely on humanitarian grounds on the death of a parent, the court said.

A division bench of Justices SS Shinde and NJ Jamadar granted Gadling bail for nine days, from August 13-21, to perform his mother's funeral rites on her first death anniversary on humanitarian grounds.

Gadling had approached the High Court in an appeal under Section 21 (4) of the NIA Act challenging the Special Judge DE Kothalikar's order from September 2020, refusing him emergency bail.

"From the perusal of the impugned order, it does not appear that the NIA Court approached the issue from the perspective of humanitarian consideration. In our view, the NIA Court misdirected itself in importing the considerations which bear upon grant of regular bail to a prayer for release on humanitarian ground. Reliance placed on behalf of the respondent-NIA on the judgment in the case of National Investigation Agency Vs. Zahoor Ahmad Shah Watali 4 , which governs the grant of a regular bail, therefore, does not seem well founded in the context of the consideration of the prayer for temporary bail to participate in the last rites/rituals of the deceased mother of the appellant."

The court rejected NIA's submission that Gadling's cause does not survive in an appeal u/s 21 of the NIA Act, as his mother passed away last year.

"On a humane consideration, which the circumstances of the case and the nature of the prayer warrant, the said objection appears untenable…It was not the prayer of the appellant that he should be released to attend the funeral of his deceased mother. The specific prayer was to release him so that he can join his family in performing the rituals. From this stand point, the claim of the appellant that the rites, rituals and condolence meeting, which have been kept in abeyance, are to be performed and held Shraddha Talekar on the first death anniversary of his mother, cannot be said to be impracticable or untenable."

The bench added that Gadling's prayers were not unjustified.

In the prevailing social construct, the first death anniversary of an immediate family member has an element of religious, personal and emotional significance. Admittedly, the appellant has not been able to participate in any of the rites/rituals in connection with the death of his mother. Viewed through this prism, we do not find the prayer of the appellant unjustifiable.

Accepting Senior Advocate Indira Jaising's arguments that Gadling was a practicing advocate before he came to be arrested on 6th June 2018 and stayed in Pune after his house was searched, the court said.

These submissions carry substance. Having regard to the situation in life of the appellant, as borne out by the record, we do not find that there is a reasonable ground to believe that the appellant may abscond.

Furnishing a PR bond in the sum of Rs. 50,000/-, with one or two sureties in the like amount, to the satisfaction of the learned Special Judge, NIA Court.

Inform S.P., NIA, Mumbai details of the travel from Mumbai to Nagpur.

The appellant shall intimate the jurisdictional police station the date and time of his arrival at Nagpur immediately after reaching Nagpur.

Gadling had approached the High Court in an appeal under Section 21 (4) of the NIA Act challenging the Special Judge DE Kothalikar's order, refusing him emergency bail after his mother's demise due to Covid last year.

In the hearing held on July 26, Senior Advocate Indira Jaising, appearing for Gadling, submitted that since his family members were either hospitalised with Covid or under home isolation, in August 2020, his mother's funeral rites (cooling of ashes), rituals, and condolence meetings remain pending. However, the family has decided to perform these on her first death anniversary on August 15, 2021.

"The delay was not on my part ... I had filed the plea on time and even the appeal immediately. He can be granted bail on humanitarian grounds. I have to say that the court was in error in refusing him bail and restitution must be done," she argued.

The National Investigation Agency (NIA) opposed the application stating that Gadling was booked under serious offences. Moreover, his reasons for temporary bail, on account of his mother's unfortunate death, do not survive, and he was not allowed to assign new reasons in an appeal.

The NIA called Gadling's appeal for release a "gross abuse" of the process of law and the Court's precious time.

Advocate Sandesh Patil for NIA said, "Especially since the incident dates back to August 2020. Moreover, he had not provided the relevant documents. The question is, do the reasons for granting bail survive today? He says he wants to join the family for the last rituals, but the cremation is over. My humble submission is that the appeal should be dismissed."

On September 11, 2021, Special NIA Judge rejected Gadling's emergency bail application, accepting NIA's submissions that three weeks had already passed since his mother's demise; therefore, he would not be required for performing the funeral rites or rituals.

Gadling claimed that the judge failed to consider his three-year-long incarceration. In addition, not allowing him to share his grief with his family members only affects his mental condition, he argued.

The NIA has accused them of a plot to overthrow the Government, being members of front organisations of the banned CPI(Maoists). However, the arrested activists claim that incriminating material was planted on Gadling and co-accused researcher Rona Wilson's laptop, based on an independent forensic analysis firm's report.

An FIR was registered regarding the violence the same day. However, another FIR by right-wing activist Tushar Damgude was filed on January 8, 2018, and was pursued. The houses of several activists, including Rona Wilson's and advocate Surendra Gadling were searched on April 17, 2018. It was alleged that the violence at Bhima Koregaon resulted from inflammatory speeches held at the Elgaar Parishad conference on December 31, 2017.