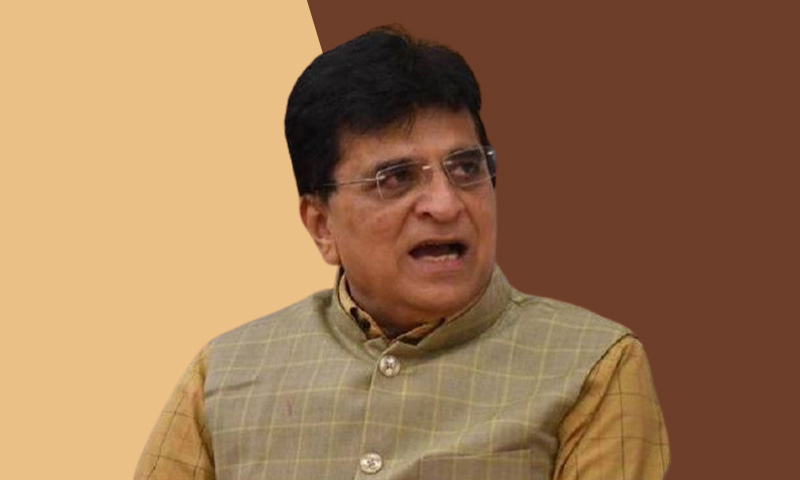 The Bombay High Court granted interim protection from arrest to BJP leader and former MP Kirit Somaiya in a cheating case regarding swindling of funds collected to save warship INS Vikrant in 2013.In the event of arrest, Somaiya is to be released on furnishing PR Bond of Rs. 50,000 and attend the police station from April 18 onwards for 4 days from 11am - 2 pm.Justice Anuja Prabhudesai...

The Bombay High Court granted interim protection from arrest to BJP leader and former MP Kirit Somaiya in a cheating case regarding swindling of funds collected to save warship INS Vikrant in 2013.

In the event of arrest, Somaiya is to be released on furnishing PR Bond of Rs. 50,000 and attend the police station from April 18 onwards for 4 days from 11am - 2 pm.
Justice Anuja Prabhudesai observed that presently there is nothing to substantiate the allegation of misappropriation of Rs. 57 crores, as claimed by the complaint.
"The FIR indicates that allegations are mainly based on media reports. In the FIR, prima facie there is nothing on record to show how the complainant arrived at the amount of Rs. 57 crores."
"Also to be noted that, money was allegedly misappropriated in 2013," the Court noted submissions made by the parties.
"I will grant interim protection. Prima facie the complaint which is based on media reports is vague. No complaint from 2013-2022," the court said after it wasn't satisfactorily convinced as to where the figure of Rs 57 crores came from.
Senior Advocate Ashok Mundargi along with Hrishikesh Mundargi appeared for Somaiya. On a specific question by the judge as to where was the money deposited, Mundargi said that it must have been deposited somewhere. However, there was nothing to justify the allegation of Rs. 57 crore.
The FIR at Mumbai's Trombay Police Station by a retired army personnel, Baban Bhimrao Bhosale, was registered under sections 406, 420 and 34 of the IPC.
Somaiya approached the HC after the sessions court rejected his anticipatory bail plea.
According to the police the complainant on learning Somaiya had launched a campaign to "save INS Vikrant", had himself donated Rs 2,000 in cash for the campaign.
The complaint further alleged that Somaiya had, in December 2013, tweeted that he was meeting the Governor of Maharashtra with a demand to save the warship and that citizens of Mumbai were willing to donate Rs 140 crore to save it.
The complaint, based on media reports, alleges that Somaiya had collected around Rs 57 crore for that purpose from outside various railway stations in the city, but it was never used for the same as the ship was dismantled and sold in scrap in 2014. According to the complaint, an application under the Right to Information Act to Maharashtra Governor's office said that Somaiya had not deposited any money with the Governor's office in that regard.

During the hearing, Mundargi argued that the complaint was filed belatedly a day after a political leader (Sanjay Raut) alleged Rs. 57 crore was misappropriated.

Mundargi stated that the amount mentioned in the politician's (SanjayRaut) interview was also reflected in the FIR of April 7, 2022. He said that the service man was aware the ship was scarpped due to lack of funds in 2014.

"All throughout interviews are being given that Rs. 57 crores have been swindled and that they will be lodged in prison. The amount of Rs 57 crores was neither reflected in the FIR, nor in the Sessions court's arguments," Mundargi said.

He said that based on one tweet by Somaiya's regarding Mumbaikars willingness to donate Rs 140 crores, the trial judge refused anticipatory bail.

Mundargi further argued that Somaiya was a sitting MP at the time, implying that there was no reason for him not to deposit the amount collected.

"Was the money deposited," the judge asked to which Mundargi said "there was no response from the Governor's office. It must have been deposited somewhere."

"This is public money. He and his son stood on the road.. Rs. 11k is just the tip of the iceberg," Senior Advocate Shirish Gupte said. He however, couldn't explain the inflated amount of Rs. 57 crores stating that the accused were not cooperating with the investigation.

However, considering the delay and vague allegations in the FIR, the court granted interim relief.