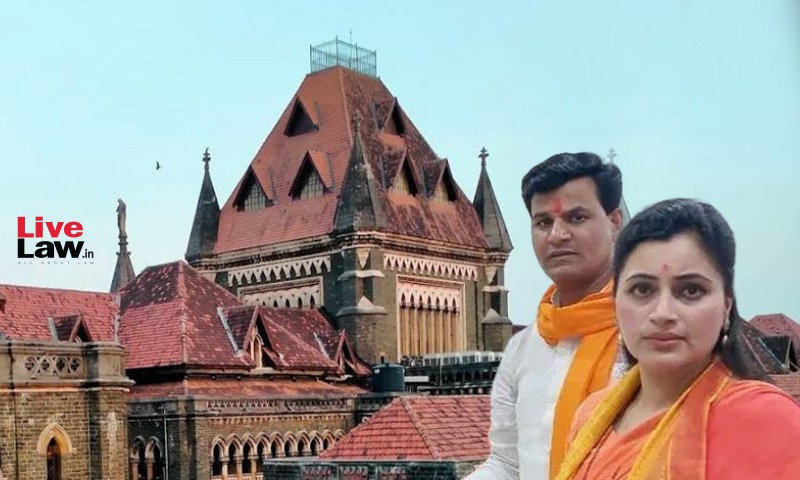 Independent MLA from Amravati Ravi Rana and his wife, MP Navneet Rana, have approached the Bombay High Court for quashing a second FIR against them for resisting their arrest over the row to recite the Hanuman Chalisa outside Chief Minister Uddhav Thackeray's family home. A bench led by Justice PB Varale is likely to hear the matter during post-lunch session, after Advocate Rizwan...

Independent MLA from Amravati Ravi Rana and his wife, MP Navneet Rana, have approached the Bombay High Court for quashing a second FIR against them for resisting their arrest over the row to recite the Hanuman Chalisa outside Chief Minister Uddhav Thackeray's family home.

A bench led by Justice PB Varale is likely to hear the matter during post-lunch session, after Advocate Rizwan Merchant mentioned the matter in the morning session.

On Saturday, the Khar police booked the Ranas under IPC Sections 153 (A) (promoting enmity between different groups on grounds of religion, race etc), and 124A (sedition), besides provisions of the Bombay Police Act. A second FIR was filed against the Ranas on Sunday under IPC Section 353 for alleged assault of a public servant to prevent him/her from doing official duty.

The duo claimed that both the FIRs were an abuse of the process of court since the first FIR itself was devoid of merit for non-compliance with the mandatory notice under section 41A of the CrPC.

"The Petitioners submit that, just because the officers were dawning a Uniform does not mean that they were in fact discharging their official duty. Considering the facts on record that, the officers - arrested the Petitioners without following the guidelines of 41(A) as held by the Hon'ble Supreme Court in the case of Arnesh Kumar, it is abundantly clear that, the FIR in question is itself malicious since the principle FIR itself is devoid of any merit and the subsequent addition of section 124(A) in the principle FIR stands testimony to the same."

They claimed that the FIR was registered on a mere apprehension that they would recite the Hanuman Chalisa even as they eventually publicly decided to drop the idea. They have sought quashing of the FIR and a stay in investigation and no-coercive action against them in the interim.

According to the police, the duo was aware that PM Modi would be visiting the city on Sunday and they were attempting to cause an "explosive situation" even as the situation was already tense over the issue of loudspeakers at mosques.

The duo gave inflammatory media interviews and publicly announced their plan to visit Matoshree and recite Hanuman Chalisa and actually came to Mumbai. However, a Bandra magistrate remanded them to Judicial Custody in the first FIR after the prosecution was unable to justify the charge of sedition against them.

In the petition, the duo said that by April 23, they had withdrawn their decision to go outside the house of the CM, and communicated this through TV channels. Despite this, a large number of Shiv Sena members and followers had gathered outside their house in Khar.

The workers opposed and prevented them from reciting the Hanuman Chalisa outside Matoshree. The petitioners said that after learning the offences registered against them attracted less that 7 year imprisonment, they sought bail from the Khar police claiming non-compliance of a notice under section 41A of the CrPC, following Arnesh Kumar vs. the State of Bihar.

"However, in gross negligence of the law, the Respondent No. 1 (police) refused to release the Petitioners on Bail. The Petitioners subsequently served an application to Khar Police Station intimating them that the Petitioners would approach the Night Magistrate for grant of Bail."

The petitioners claimed that section 124A of the IPC (sedition) was added only later on after the duo pointed out the folly of non-compliance with Arnesh Kumar's judgement.

The plea states that Section 353 reads as 'Assault or criminal force to deter public servant from discharge of his duty.' However, when the officer in charge landed at the petitioner's residence "they were in direct violation of Arnesh Kumar and hence they were offenders at that time."

"In light of the landmark judgment of the Hon'ble Supreme Court which penalizes the officers if they do not arrest in compliance of the dictum provided in Arnesh Kumar, they become offenders."

Moreover, they claim that they were already in the police's custody at the time of the alleged second offence.