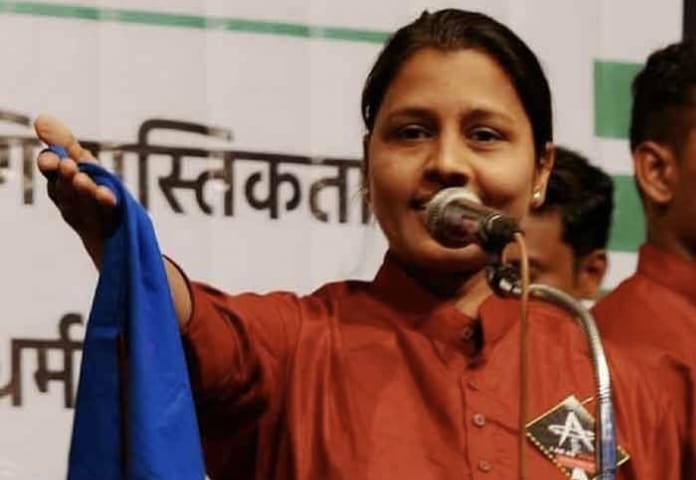 Text ridiculing phrases like 'Ram Mandir' and 'Acche Din' aimed at the democratically elected government in Kabir Kala Manch's plays at the Elgar Parishad event in 2017 incited hatred & passion and indicate a larger conspiracy, the Bombay High Court has held.

In its detailed order refusing bail to accused Jyoti Jagtap under UAPA, the HC also took exception to the mention of 'gomutra,' 'calling the PM an 'infant,' 'sanatan dharma,' 'atrocities of peshwas towards dalits' and 'atrocities of dalits in today's India' etc.

The court held NIA's contention regarding Jagtap having conspired, attempted, advocated and abated the commission of a terrorist act as prima facie true.

Regarding Jagtap's contention that there was little material against her, the bench said her role will have to be seen as a part of conspiracy. Her name on the Elgar Parishad event invite, witness statements highlighted her active role in organising the event as also her association with active members of the banned CPI (Maoist).

The National Investigation Agency has alleged that KKM is a front organisation of CPI (Maoist).

"The Elgar Parishad event is thus a smaller conspiracy within the larger design and conspiracy of CPI (M) to further its agenda… It is also seen that CPI (M) has chalked out a detailed strategy for furtherance of its objective to overthrow the democratically elected government of our country and the Appellant and other co-accused are prima facie actively strategising the same."

The NIA has accused Jagtap and 14 other activists of being responsible for the caste violence at Bhima Koregaon in Pune in which one person lost his life. The Pune police and subsequently the NIA contended that inflammatory speeches at the Elgar Parishad event on December 31, 2017 contributed to the caste violence at Bhima Koregaon the following day.

Jagtap (32) was arrested by the NIA in September 2020. Several of those accused were not even present at the event. However, all the accused have been booked under the stringent Unlawful Activities (Prevention) Act (UAPA) based on letters and emails primarily retrieved from their electronic devices.

"There are a number of innuendos in the text/words/performance of KKM which are pointed directly against the democratically elected government, for seeking to overthrow the government, ridicule the government, excerpts of which need to be mentioned here in order to highlight the role of Appellant," the court said in the order refusing bail to Jagtap.