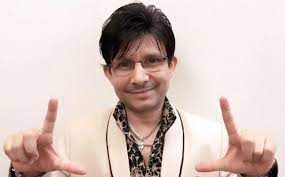 The single bench of Justice AK Menon, passed the interim order on a suit filed by Bhagnani, against a series of tweets and a video by Khan, making numerous allegations against the producer and his family.

The court recorded submissions of both parties and before granting the producer interim relief in terms of prayer clause 'a' of his petition.

In his suit, the producer and director states he has worked on several critically acclaimed films since 1995 and built his reputation "brick-by-brick". He alleged that Khan was running a "well-orchestrated smear campaign" against him, accusing him of hawala transactions and making distasteful comments about his family members.

It is Khan's modus operandi to target "big banner films" at the time of release and get "cheap" publicity at the expense of others, he states. Bhangani's film 'Bell Bottom' is slated for release. In his plea he further claims that Khan's statements are "slanderous," "distasteful," and he has made "patently false allegations."

"The statements have created an impression among the general public that the Applicant is a shameful and a vile person and these untrue mutations has caused great harm to the reputation of the applicant," Bhagnani has said in his suit.

He has sought Rs. 1 crore in damages and a public apology. The producer was represented by senior advocate Virendra Tulzapurkar and counsel Rashmin Khandekar instructed by Naik, Naik & Co.

Advocate Manoj Gadkari appeared on behalf of Kamal R Khan and submitted that his client was a film critique and the statements are made only in that light. He was asked to point out how would several statements made by Khan on Twitter, amount to just 'film criticism.' Justice Menon then granted Bhagnani the interim relief sought. Last year, the Court passed a similar order against Khan for alleged defamatory statements against actor-producer Nikhil Dwivedi.