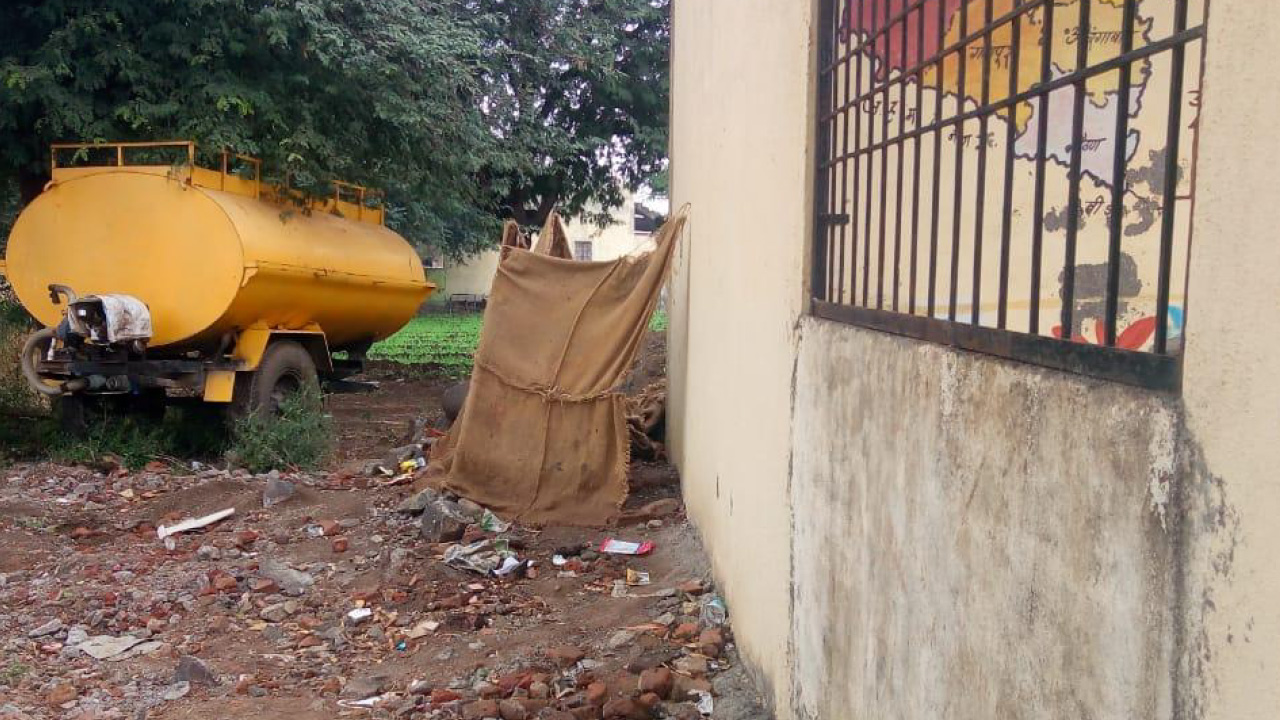 Photograph of a govt school toilet submitted by Petitioner.

Unclean and unhygienic toilets affect the right of every girl child to live with dignity, the Bombay High Court said in its recent order directing surprise visits by members of District Legal Services Authority to government-aided schools.

"We have no hesitation in observing that any failure on the part of the authorities/concerned schools to provide for such basic facilities to the young girl students would amount to denial of a basic human right to live with dignity apart from compromising on the health of these children," the Bombay High Court observed.

A division bench of Chief Justice Dipankar Datta and Justice MS Karnik was seized with a PIL regarding improved menstrual hygiene for the girls in government aided schools.

After perusing pictures by the petitioner's lawyer depicting the condition of the washrooms and toilets, the bench observed "to say the least, is distressing."

However, they found that in some schools vending machines were available, but there were no sanitary pads filled in those machine; while in some other schools there was no vending machine or proper toilet facilities. The poor water supply for washing or flushing, the poor hygienic conditions of toilets, washbasins, unclean and contaminated mugs for washing in the toilets are major issues of concern as per the petitioner's observation.

Due to lack of proper bins/disposal facilities, the petitioner observed that the sanitary pads or other menstrual articles were found at toilet corners or kept in the windows, they said.

Finally, they submitted that there was no concept of monitoring of data related to Menstrual Hygiene Management practices in schools. "The rights of girl children under Articles 14, 15, 19 and 21 of the Constitution of India would not only include a right of access to a basic necessity such as sanitary napkins, but also the availability of facilities that would enable the use of such sanitary napkins in a safe and hygienic manner."

The bench observed that if what was submitted by the petitioner was true, the bench would have to "consider directing the State to adopt a co-ordinated and comprehensive approach to achieve the right to live with dignity for the girl children."

However, Government Pleader PP Kakade said that the picture is not as grim as is being painted by the petitioner and in most of the schools the toilets and washrooms facilities are upto the mark.

However, the bench said it wanted to be completely satisfied about the current state of affairs regarding the washroom and toilet facilities in Government aided schools with a special focus on rural areas.

Therefore, it directed the DLSA to visit at least 15 such government aided schools and submit a report to the court before August 22, 2022.

"In case it is noticed that the condition of the washrooms and toilets is so pathetic and unhygienic that it needs immediate attention, the Secretaries may call upon the concerned authorities of the local bodies/schools to take emergent steps in this regard," the bench said.