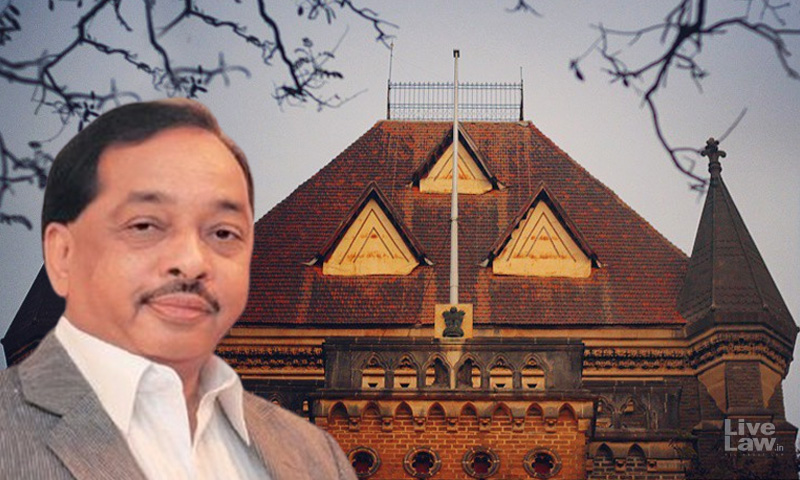 The Bombay High Court on Tuesday asked if a second application seeking regularisation of alleged unauthorised sections of Union BJP Minister Narayan Rane's residence in Mumbai is maintainable.A division bench led by Justice RD Dhanuka, was hearing a petition by filed by Kaalkaa Real Estates Pvt Ltd, a closely held family concern of Rane. The company sought directions to the BMC to consider...

A division bench led by Justice RD Dhanuka, was hearing a petition by filed by Kaalkaa Real Estates Pvt Ltd, a closely held family concern of Rane. The company sought directions to the BMC to consider a fresh proposal for regularisation under section 44 of the Maharashtra Regional and Town Planning Act.
The matter was adjourned after the petitioner sought time to answer the court's queries on maintainability of the application. The BMC, taking a milder stand this time, said that they will first have to see if the application is maintainable, and if it is, the civic body would apply its mind to the proposal.

"During the course of arguments this court has raised certain queries. The petitioner seeks time to answer those queries. The Corporation to address the court on the next date if a second application seeking regularisation can be entertained if the first application is rejected by the authorities and this court by the order dated June 23, 2022," the court said while dictating the order.

On June 23, 2022 the bench headed by Justice Dhanuka had dismissed Kaalkaa's petition filed to regularise the unauthorised portions. "Since (prima facie) construction carried out is totally unauthorised, the question of political rivalry does not arise," the bench had observed back then.
On Tuesday, advocate Shardul Singh for the petitioner submitted that a fresh proposal was submitted to the BMC under section 44 of the MRTP Act. He said that various objections and previous grounds for rejections have been considered in the fresh proposal citing the recent development control regulations 2034.
The changes proposed in plans are in the form of computation of FSI and within the earlier approved footprint of the building, he argued.
Moreover, Singh mentioned that he could get more FSI by giving housing for Project affected persons.
During the first round of litigation the BMC was represented by Senior Advocate Aspi Chinoy. The civic body alleged that Rane had utilised the built up area of 2065 square meters which is three times the approved permissible area of approximately 745 square meters.
This time, however, Senior Advocate Anil Sakhare for BMC said they haven't seen the application as yet.
"We have not applied our mind to it. First we will have to see if it is maintainable or not. If we find that it is maintainable, we will examine the issue," Sakhare submitted.
He added that the present application was different from the previous plea submitted.
However, since the court was disinclined to grant relief, Kaalkaa's counsel sought time to satisfy the bench on the maintainability of the fresh application.
The matter was then adjourned to July, 25, 2022.
The building was granted occupation certificate in 2013, and the Development Control and Promotion Regulation (DCPR) 2034 under which Rane is seeking relief, came into force in 2018.
"It is evident that the construction at the said premises is well within the contours of law and does not exceed the permissible FSI under the provisions of DCPR 2034," the plea states.
Background
In March 2022 the Brihanmumbai Municipal Corporation (BMC) had issued orders against Aadish Bungalow in Juhu asking the owners/occupiers to demolish illegal extensions to the bungalow on their own; in case the owners/occupiers fail to do so, the BMC would go ahead and carry out the said demolition and recover the cost from the owners/occupiers.
In March, the Bombay High Court restrained Mumbai's civic body from taking action against the bungalow in which Union Minister Narayan Rane lives with his family till an application to regularise the alterations is decided and for three weeks thereafter.
The company made an application for regularisation of portions of the premises alleged to be in contravention by making a payment, while contending that there were no contraventions.
The BMC rejected the application on June 3. And Kaalkaa Real Estates Pvt Ltd approached the court against the order.
TagsBombay High CourtNarayan RaneBombay Municipal Corporation(BMC)Maharashtra Regional and Town Planning Act
Next Story
Similar Posts
+ View more
Law Firms
+ More
Latest News
+ More
लाइव लॉ हिंदी
+ More
International
+ More
Environment
+ More