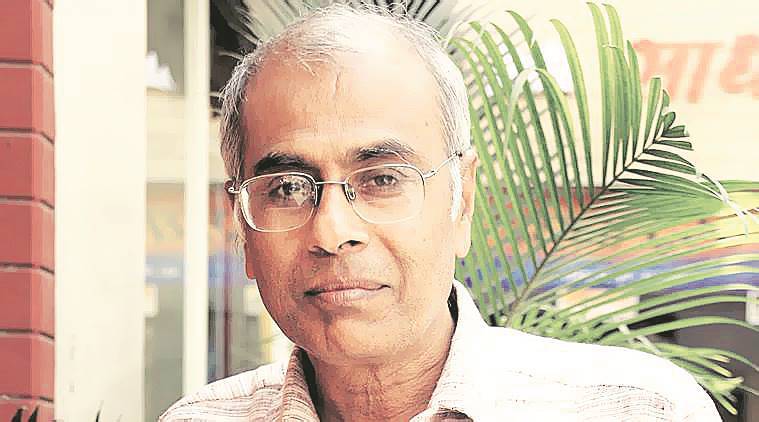 The intention of the mastermind in rationalist Narendra Dabholkar's murder case- Virendrasinh Tawde - was to eliminate 'anti-hindus' and people opposed to Sanatan Sanstha's beliefs and customs, the Central Bureau of Investigation told the Bombay High Court. The agency made these claims in an affidavit to oppose bail to Tawde, who, CBI says, conspired and hired sharp shooters...

The intention of the mastermind in rationalist Narendra Dabholkar's murder case- Virendrasinh Tawde - was to eliminate 'anti-hindus' and people opposed to Sanatan Sanstha's beliefs and customs, the Central Bureau of Investigation told the Bombay High Court.

The agency made these claims in an affidavit to oppose bail to Tawde, who, CBI says, conspired and hired sharp shooters to execute Dabholkar in 2013 over ideological differences.

The matter was listed for hearing but could not be heard due to paucity of time.

According to CBI, Tawde and his associates followed the teachings of 'Kshatra Dharma Sadhana,' advocated by Sanatan Sanstha, which was against alleged Evil Doers, Anti-Hindus, Dharamadrodhis and Durjans.

"The crime gave a feeling that those who do any act which the accused persons and the Sanatan Sanstha / Hindu Jan Jagruti Samiti doesn't like or tolerate, would be dealt with in a brutal manner. Such a feeling is more than sufficient to threaten the security of the people and the Nation. It had a terrorizing effect on the society," CBI's affidavit read.

Dabholkar, championing the anti-superstition cause through his organisation Andhashraddha Nirmulan Samiti was shot dead by two bike-borne men on a morning walk in Pune on August 20, 2013. CBI says that the accused in this case are also involved in the murder of Trade Union leader Govind Pansare, MM Kalburgi and journalist Gauri Lankesh.

The CBI arrested Tawde more than three years later, on June 10, 2016 and charged him, along with three others for murder, conspiracy and terror-related offences under the Unlawful Activities Prevention Act. The fifth accused Advocate Sanjeev Punalekar was charged with destruction of evidence.

Opposing bail to Tawde, the CBI's affidavit said his animosity with the rationalist dates back to 2002 when he left his medical practice as an ENT surgeon to be a full-time devotee of Sanatan Sanstha.

The CBI has cited documentary evidence to state that in 2007 Dr. Durgesh Samant, Specialist Allopathic Doctor (MD) and the National Spokesperson of Hindu Janjagruti Samiti instructed Tawde to concentrate only on Dabholkar's "anti-superstition Bill" also called Andhashraddha Nirmulan Bill-2005. The bill was passed four days after his demise.

It was because of this new responsibility that Tawde who was a foremost leader in Sanstha withdrew himself, the CBI said. They cited an email by Sarang Akolkar (from the Sanstha and absconder in Goa blast) to Tawde about raising an army of 15,000 persons, procuring country-made firearms from U.P. & Assam for their activities.

"In order to achieve their goal, the Sanatan Sanstha / Hindu Jan Jagruti Samiti have even advocated diabolical methods of even looting banks to set up the arms factory," the affidavit states.

It was on Dr Samant's behest that Tawde resurfaced in 2013 and eventually planned Dabholkar's murder. The CBI said that the Sanstha branded Dabholkar and his organisation as Anti- Hindu and staged agitations as well.

"The criminal intention of Dr. Virendrasinh Tawade along with the other two accused (Sachin Prakashrao Andure and Sharad Kalaskar ) and others, who belonged to Sanatan Sanstha was to follow and execute the teachings in "Kshatra Dharma Sadhana" advocated by Sanatan Sanstha and to eliminate those persons, who are considered by the organisation as Evil Doers, Anti-Hindu, Dharamdrohi, Durjan etc. as they are opposed to their beliefs and customs."

The agency cited confessional statements of the alleged assailants to narrate the manner in which Tawde & other members of Sanatan Sanstha indoctrinated them, provided arms training.

"This appeal is strongly contested because enlargement of appellant on bail is threat to society/a part of society. The appellant accused is a charge sheeted accused in the murder of social activist Dr.Narendra Dabholkar, and this murder is having national and international ramifications."