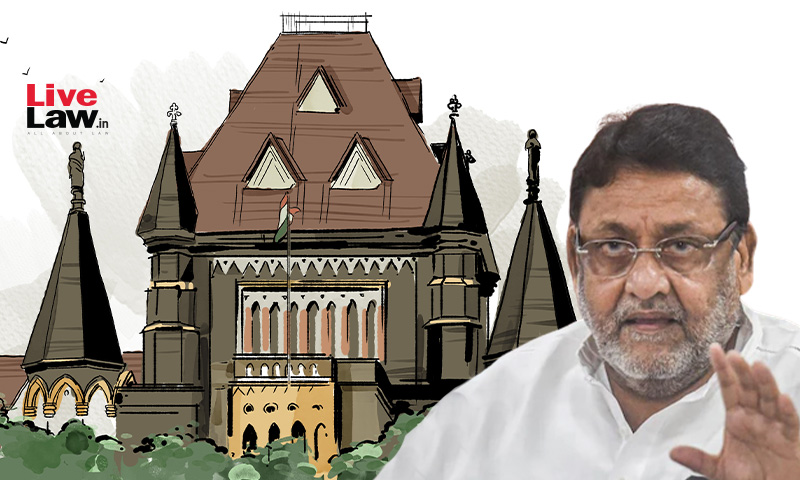 The court said that the petition under Article 227 and 482 CrPC was not maintainable and Malik was at liberty to approach the bench hearing bail applications.
"From the tenor of the application before special court and this Court, the primary prayer is for releasing petitioner for casting his vote on execution of a bond. The bond which can be referred to, can only be a bail bond under 439,437 of the CrPC. The petitioner is an undertrial and subject matter is to be decided by the appropriate bench. He should have moved the application before the bench for relief," Justice PD Naik said while dictating the order.
During the hearing Senior Advocate Amit Desai along with advocates Taraq Sayed, Kushal Mor instructed by Rashmikant and Partners submitted that Malik was giving up his prayer for bail and release. He merely wanted to be allowed to cast his vote.
"The problem is that the sessions court has interpreted the law in a particular manner which has a large consequence on voting as a constitutional right," Desai argued.
ASG Anil Singh for ED said that the petition is not maintainable. He further stated that this was purely an application for bail. "Your lordship knows that when there is an alternate remedy under 439 crpc, the petition cannot be entertained."
NCP leaders Malik and Deshmukh approached the Bombay High Court for temporary release to cast their vote, yesterday, after the Special PMLA court dismissed their applications.
Justice PD Naik granted circulation to Malik's appeal while Deshmukh's petition is yet to be mentioned.
Malik, who is a minister in the Maharashtra cabinet and Deshmukh, former state Home minister are both in judicial custody in separate money laundering cases.
While refusing relief yesterday, the Special PMLA court cited section 62(5) of the Representation of People's Act to interpret that there was a bar on even undertrials from voting.
In his order special judge RS Rokade accepted that there were divergent views with regard to the voting rights of undertrials, however, he noted that voting was not a fundamental right but a statutory right.
"The Hon'ble Supreme Court in the case of "Anukul Chandra Pradhan" (supra) in clear terms held that, "any person who is confined in prison while serving a sentence of imprisonment on his conviction for any offence or is under lawful confinement in a prison or in a police custody for any reason is not entitled to vote in any election".
Regarding the arguments that Chhagan Bhujbal, as an undertrial was allowed to vote, the court observed that there was a difference between voting for Presidential Elections and Rajya Sabha Elections.
"The Presidential Election is governed by the Presidential and Vice Presidential Elections Act, 1952. There is no any provisions under the said Act to prohibit the undertrial to cast vote in the Presidential Elections."
According to the ED, Deshmukh had misused his position as state home minister and collected Rs 4.70 crore from various bars in Mumbai through some police of officers. He was arrested in November 2021,
Malik was arrested by the ED on February 23 this year in a money laundering case linked to the activities of fugitive gangster Dawood Ibrahim and his aides.
After more than two decades, the state will witness a contest in the Rajya Sabha polls as there are seven candidates in the fray for the six seats.
The ruling Shiv Sena has fielded two candidates, its MVA allies NCP and Congress have nominated one candidate each, while the opposition BJP has put up three candidates.
The contest for the sixth seat lies between BJP's Dhananjay Mahadik and Shiv Sena's Sanjay Pawar.