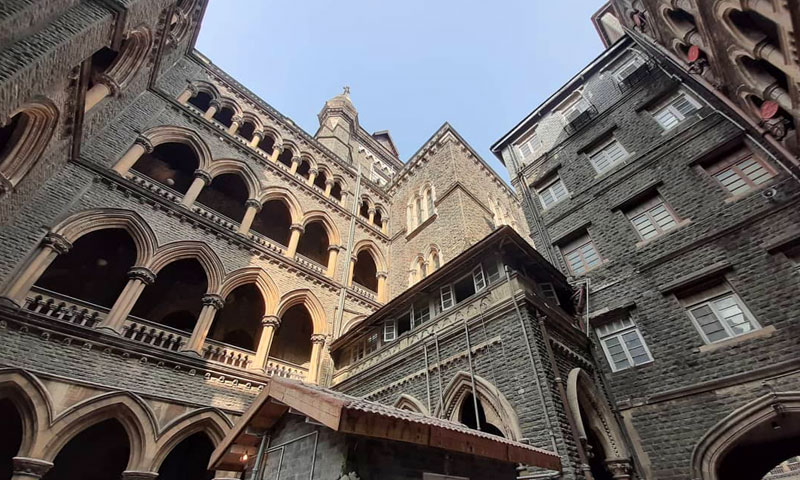 The Bombay High Court on Friday dismissed a Public Interest Litigation filed by a group of residents from Versova questioning the construction of Lokhandwala Andheri link roads citing uprooting of mangroves as a cause for concern, observing that the petitioners appear to have private interest in the matter.Division bench of Chief Justice Dipankar Datta and Justice GS Kulkarni were hearing a...

The Bombay High Court on Friday dismissed a Public Interest Litigation filed by a group of residents from Versova questioning the construction of Lokhandwala Andheri link roads citing uprooting of mangroves as a cause for concern, observing that the petitioners appear to have private interest in the matter.

Division bench of Chief Justice Dipankar Datta and Justice GS Kulkarni were hearing a PIL filed by residents of Versova area, many of whom belong to the Jai Bharat Housing Society which is also one of the petitioners in the case. Court imposed a cost of Rs. 2 lakh to be deposited with the Maharashtra State Legal Service Authority within 4 weeks.

The said PIL was filed in 2019 questioning the project undertaken by the Municipal Corporation of Greater Mumbai alongwith the State Government and the Mumbai Metropolitan Regional Development Authority to connect the areas of Versova and Lokhandwala.

The petitioners contend that execution of the project work would involve uprooting of mangroves. They alleged in the PIL that the project plan portrays an unwarranted development as according to them, it would not, in any manner resolve the prevailing traffic situation in the area. On the contrary, the MCGM's plan would increase traffic and bottlenecks and add to the citizens woes, the PIL states.

Moreover, the petitioners contend that during 2014-2015, the aforesaid co-operative society again issued various letters to the concerned authorities raising their concern on the proposed link road/bridges passing through mangroves and the possible encroachment in and around the mangroves. They also pointed out that the plan had too many defects which were elaborated in these letters issued to the authorities. However again no reply was received to these letters.

The petitioners also averred that Bombay Environmental Action Group (BEAG) had approached the High Court in a public interest petition against the State of Maharashtra and others which was filed seeking protection of the mangrove areas. In the said PIL, High Court had passed an interim order dated October 6, 2005 directing total freeze on the destruction and cutting of mangroves in the entire State of Maharashtra. A co-ordinate Bench of the High Court had delivered a judgment on September 17, 2018, interalia directing that irrespective of ownership of land on which the mangroves were situated, such land shall be deemed to be a forest and would come under the definition of Forest (Conservation) Act 1980. Petitioners relied upon the said judgment.

On the other hand, in an order dated April 25, 2019 a co-ordinate Bench of the High Court told MCGM that no tree shall be cut to lay down link road connecting Versova to Lokhandwala in an interim order. Thereafter, petition was moved at the behest of the MCGM contending that the interim order in the facts of the case ought not to be continued as it would withhold the project and more particularly the installation of a vehicular bridge, except for which, construction of the roads on both the sides is already completed.

In an affidavit dated May 31, 2019 filed by Sanjay Sandanshiv, Under Secretary, Environment Department on behalf of the MCZMA, to state that a proposal dated August 14, 2013 was received by the MCZMA from the MCGM for construction of vehicular bridge at the junction of Yari road and Lokhandwala back Road, near Amarnath Tower building, Andheri (West) Mumbai.

The proposal of MCGM was deliberated in the 90th meeting of the MCZMA held on July 19, 2014 wherein after a detailed deliberation, the MCZMA called upon the MCGM to submit a Rapid Environment Impact Assessment (EIA) and an 'Environment Management Plan'.

These requirements were fulfilled by the MCGM by submitting such plans on 27 July 2015 which were prepared by the National Institute Oceanology (NIO) and the National Environment Engineering Research Institute (NEERI).

An affidavit filed by MCGM stated that the installation of the bridge and the completion of the project is essential for the public need, as the proposed road would be a shortcut for the movement of traffic connecting Lokhandwala Complex and Versova areas which would reduce the travel time from 35 minutes to 5 minutes.

The MCGM's Notice of Motion filed in the petition came to be granted by the High Court by an order dated March 7, 2017.

At the outset, the bench noted-

"The primary concern of the petitioners is not only that the mangroves would be adversely affected by the public road project being undertaken by MCGM to the point of destruction, but also the project plan of the MCGM being defective and faulty. We may observe that the second contention appears to be totally untenable. From the frame of the petition, it appears that the petitioners are not in a position to contend that they are super experts in the field of planning and thus are in a position to either displace the planning of the road project in question by the MCGM and/or are in a position to sit in appeal over the project planning, as undertaken by the MCGM with the help of experts in the field of planning the public need and utilities. There is no material to sustain such an argument. Hence, the petitioners contention of the project plan being faulty is required to be outrightly rejected."

Moreover, the bench pointed out that the petitioners had tried to suppress the order dated March 7, 2017 wherein permission to restart the project was granted by the Court. Court noted-

"We may observe that the above order passed by this Court is specific to the project in question as undertaken by the MCGM. However, what is disturbing is that although the petitioners referred to the final orders passed on the BEAG's PIL in seeking the reliefs in the present petition, they have suppressed the order dated March 7, 2017 passed by this Court on the MCGM's Notice of Motion. We may note that all the orders passed by this Court are available in the public domain namely on the official Website. When the present PIL was filed the said order dated 7 March 2017 was certainly available in the public domain and to the petitioners.

The petitioners however chose to suppress the said order from this Court, significantly when they sought a stay on the public project and intended to be the beneficiaries of the interim order dated 25 April 2019, which operated as an injunction on the MCGM to proceed with the project. This more particularly when the order dated 7 March 2017 was passed by this Court permitting the MCGM to proceed with the project by undertaking construction of the road including installation of the bridge joining Versova and Lokhandwala areas. In the said order this Court categorically recorded that it is a public utility project which was required to be permitted as all permissions were obtained by MCGM."

Finally, dismissing the said PIL the bench expressed "grave doubt as to whether this is a genuine public interest litigation."