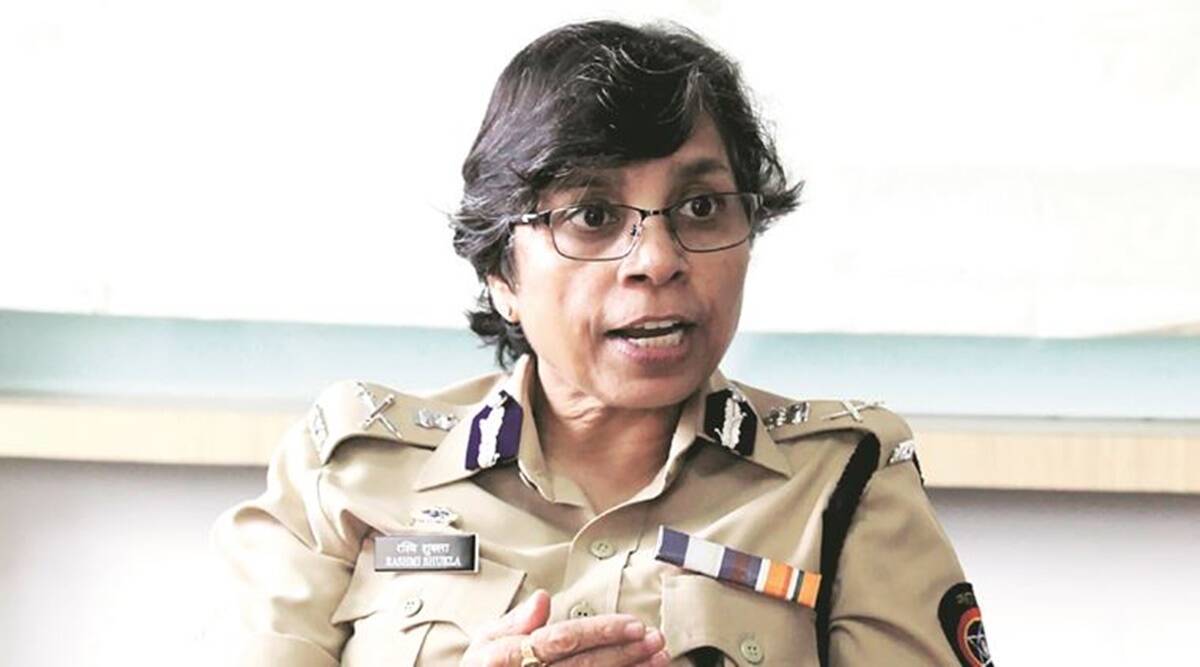 The Bombay High Court on Wednesday disposed of senior IPS officer Rashmi Shukla's petition to quash FIR registered by Mumbai Police in the "illegal" phone tapping and data leak case.The Bench rejected her prayer to quash the FIR against unknown persons and also rejected her prayer to transfer the case to the CBI that is already probing former home minister Anil Deshmukh.However, the Bench...

However, the Bench has directed the Mumbai Police to give Rashmi Shukla at least three days' notice before taking any action against her in connection with its FIR in the "illegal" phone tapping and data leak case.

A division bench of Justices Nitin Jamdar and Sarang Kotwal reserved the plea for orders on October 29, 2021.

Shukla approached the court under Article 226 and section 482 of the CrPC in May this year to quash the FIR filed by the Mumbai Police against unnamed persons on March 26, 2021, for an alleged leak of her phone tap report. The FIR invoked the Indian Telegraph Act, Information Technology Act, and Official Secrets Act, 1923.

In 2020, with Shukla as the state intelligence department chief, several brokers and politicians were put on surveillance following suspicion of corruption in police transfers and posting. Shukla prepared a report and submitted it to her superiors.

However, the FIR was registered after Devendra Fadnavis, opposition leader, released details from Shukla's report on national television in March, 2021.

The State claimed that the plea was not maintainable as Shukla was not named an accused in the case.

A division bench of Justices Nitin Jamdar and Sarang Kotwal disposed of Shukla's petition to quash the FIR, but directed the police to give her at least seven days prior notice before taking any coercive action against in the said FIR.

The court observed that she was not named as an accused in the case and was entitled to protection as she held an important post in the State of Telengana.

Refusing to quash Mumbai Police's date leak FIR, the court held that it prima facie discloses cognisable offences. Moreover, corruption in transfers and postings being investigated by the CBI and the date leak by the State were different offences.

The court held that even if the contents of the leaked documents are true and correct, the illegal leakage of official documents will still constitute an offence.

"Thus, the alleged offence concerning the illegal handling of the official confidential document is different from the investigation carried out by the CBI in respect of FIR dated 21 April 2021."

The court held that the "outcome of both the investigations (CBI and Mumbai Police) need not depend on each other."

Therefore, the prayer for transfer of investigation was also rejected.

"The prayer for transfer of the Investigation to CBI on the ground that the CBI is investigating the postings of the Police Officers is without merit as both the investigations are different," the court said.

Shukla contended that a week after submitting the report to the then Director General of Police on August 25, 2020, she was "illegally" transferred from the State Intelligence Department and made the Director-General Civil Defense.

He argued that Kunte permitted phone interceptions regarding the political nexus in police transfers and then "passing the buck" to her.

He further questioned the basis of the Chief Secretary of Maharashtra, Sitaram Kunte's report dated March 25, 2021, in which he states that Shukla misled him, and only she could have leaked the report.

Lastly, Jethmalani said that the report was leaked by NCP leaders Jitendra Awhad and Nawab Malik and questioned by the state was not going after them.

Senior Advocate Darius Khambata for the Mumbai Police had argued that the leaking of documents was a "serious matter." While Shukla was not named in the FIR there was material against her and the police should be allowed to continue their investigation.

Khambata argued that according to their preliminary inquiry, Shukla had prepared three pen drives of the sensitive documents and material of phone tapping.

While two of these were in the State's possession, the third was missing, Khambata had said. Regarding the importance of the third pen drive, Khambata claimed it corroborated the contents of the first two pen drives.

The State had asked Fadnavis and the Union Home Ministry as the BJP claimed he had handed over documents to the ministry. But the police had received no response, Khambata said.

Regarding the transfer of probe to CBI, Additional Solicitor General Anil Singh had submitted that the CBI would be willing to take over the probe.

However, the state objected to the prayer, stating that their former DGP Subodh Kumar Jaiswal, at whose instance the phone surveillance was carried out, is now the CBI Director. Therefore, the probe cannot be a fair one.