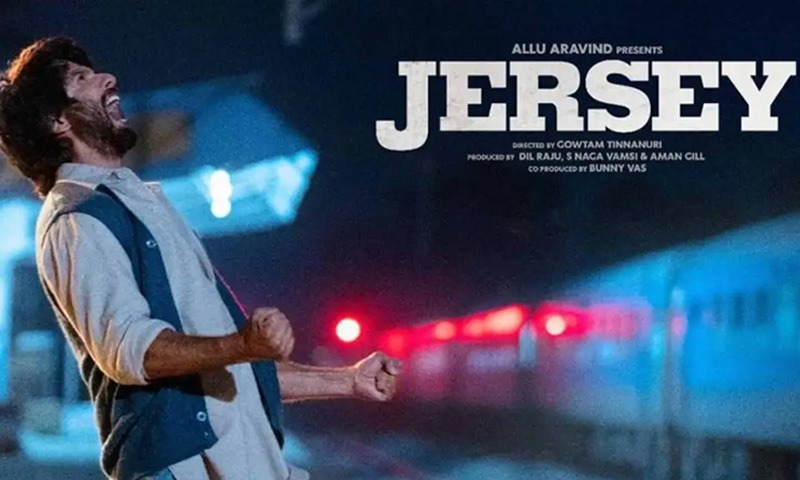 The Bombay High Court on Wednesday refused to stay the release of Shahid Kapoor starrer "Jersey" in a copyright infringement suit filed by a writer.The film is set to hit theatres on April 22, 2022.Justice Riyaz Chagla heard the suit alleging that several aspects of plaintiff Rupesh Jaiswal's script, like the story line and concept, have been plagiarised by the producers of Jersey, which is...

The Bombay High Court on Wednesday refused to stay the release of Shahid Kapoor starrer "Jersey" in a copyright infringement suit filed by a writer.

The film is set to hit theatres on April 22, 2022.
Justice Riyaz Chagla heard the suit alleging that several aspects of plaintiff Rupesh Jaiswal's script, like the story line and concept, have been plagiarised by the producers of Jersey, which is a remake of a Telugu film.
After hearing arguments advanced by both the parties, Justice Chagla noted that there was a substantial delay by the plaintiff in approaching the HC. The Telugu film, which was later dubbed in English was available since 2019.
The court said that prima facie a notice issued by the Jersey's producers in an industry magazine before it took the rights of the Telugu film appeared valid since the plaintiff was from the industry.
The plaintiff was represented by Advocate Vishal Kanade while the defendants were represented by Senior Advocate Birendra Saraf, and Ameet Naik and Madhu Gadodia of Naik, Naik and Co.
During the hearing Kanade tried to impress upon the court the soul and essential expression of the film is plagiarised. He said he didn't understand Telugu to have objected earlier.
Saraf submitted that the plaintiff clearly wasn't seeking substantial reliefs against the Telugu film makers. Significantly Saraf said that the plaintiff at no point said that he parted with the film or gave the script to anyone since 2007.
"The Telugu film was dubbed in Hindi and it has 10cr plus views... The registration authority cannot part with the film," he said.
Claiming there was a delay, Saraf said that the film was ready and promotions Were in place since November 1, 2021. He also said that there were differences in the script of Jersey and the plaintiff's film.
Background
In 2007, Jaiswal claims he got his script titled "The Wall" registered with the Film Writers Association. He alleged that several aspects of his script like the concept and story idea have been plagiarised.
The respondents include producers Dil Raju, Brat Film through Aman Gill, Allu Aravind, Telugu film producer Suryadevara Naga Vamsi and actor Shahid Kapoor.
It is the writer's contention that the plagiarism is both in Tollywood - Telugu film industry, and Bollywood. The south Indian film went by the same name.
Jaiswal has accused the defendants of colluding with each other by remaking a script obtained from a third party to avoid paying him royalty.
According to the suit Jaiswal's script is also about a male protagonist and cricket. The script was about a youth who gave up on the sport early on in life who later makes his family proud.
Finally, he has sought that the defendants cease and desist from further propagation of the plagiarised version of the film. Therefore, a permanent injunction be granted on releasing the film in any theatre or otherwise.
Case Title: Rajneesh Jaiswal Versus Dil Raju & Ors.