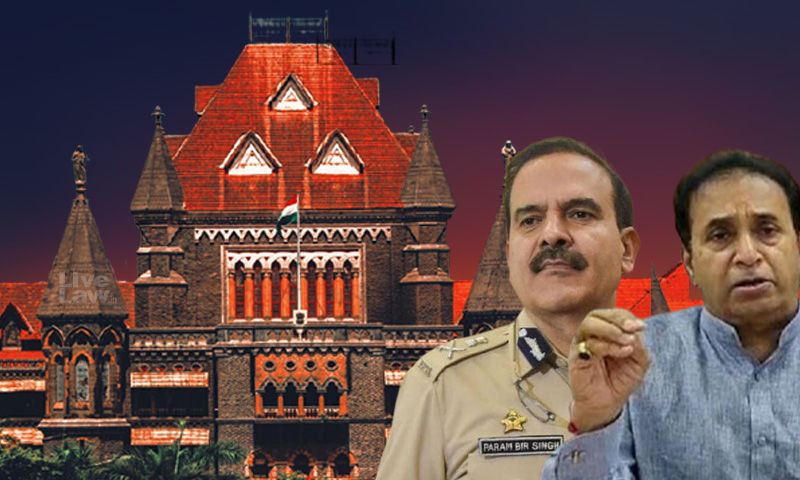 The Bombay High Court, on Monday, reserved for orders a petition by former Maharashtra Home Minister Anil Deshmukh for quashing the Central Bureau of Investigation's (CBI) corruption FIR against him. Before reserving the plea for orders, the bench of Justices SS Shinde and NJ Jamadar asked the CBI to submit its investigation papers to the court in a sealed envelope by tomorrow....

Before reserving the plea for orders, the bench of Justices SS Shinde and NJ Jamadar asked the CBI to submit its investigation papers to the court in a sealed envelope by tomorrow.

CBI had registered the FIR against Deshmukh and unknown others under Section 7 of the Prevention of Corruption Act and section 120B of the IPC on April 21, 2021, following a coordinate bench's order directing a preliminary enquiry into corruption allegations against him.

"If true and practical meaning" is to be given to the High Court's order directing the preliminary enquiry, "everyone's role has to be investigated, not just one..," Justice Shinde has repeatedly observed.

On Monday, Lekhi read ex-Mumbai CP Param Bir Singh's letter, in which he had accused Deshmukh of making an extortion demand of Rs 100 crore per month from bar owners through now dismissed API Sachin Waze, to submit that Deshmukh's acts were not in discharge of his official duty, therefore, the 17A bar is not applicable.

"The quality of the exercise shows it is not in due discharge of duty," he said.

However, the bench pointed out Deshmukh's arguments that as per the CBI's FIR itself, "Deshmukh and unknown others have attempted to obtain undue advantage for the improper and dishonest performance of their public duty," therefore, the question was, would the bar of 17A be applicable?

Lekhi argued that the High Court's directions ordering the PE would be futile if CBI was not allowed to investigate.

In response to Lekhi's submissions about adding the charge of conspiracy as it was a system working towards corruption and not an individual act or a one man's job, the bench said, "Was it not the duty of the then CP to have done something? To have registered an FIR? A top officer of the State?"

"In any department or Government, one individual cannot do. As long as things are good, everyone is happy, and no one is disclosing anything. Therefore, at the appropriate stage when you are transferred, then you start making grievances. If we go to the root of the matter, who was the main collector – Mr Waze. Who inducted him? Can they escape from responsibility?" Justice Shinde added.

"We are not at the stage of appeal against conviction – which is how it has been argued. All we need to see is, is there cause? And for that, things need to be taken at face value and assumed it to be true."

Justice K M Joseph, while hearing a Review Petition on the issue involving corruption in Rafale deal as a part of a three-judge bench, had written a separate judgment where he had observed that the main verdict will not stand in the way of CBI taking lawful action on the complaint raising corruption allegations on the Rafale deal, subject to getting an approval under section 17A of the Prevention of Corruption Act.

Deshmukh relied heavily on this view. However, Lekhi said that the view is per incuriam because it is not the court's majority decision. Moreover, the facts of the case were different, he added.

Lekhi dealt with a plethora of judgements cited by Senior Advocate Amit Desai to submit that they were either misconceived or not applicable in the present case.

"My learned friend said the length of my arguments reflect its weakness and my arguments were all over the place... But if my learned friend's arguments have to be accepted, we might also give a go by to Articles 14 and 21 (of the Constitution of India). Because according to him, the FIR must not be touched even if it is bereft of details."

Responding to Lekhi's arguments that each judgment was based on its own set of facts, Desai said that then there is no ratio laid down by any judgment because ultimately, every judgment is based on the facts of that case.