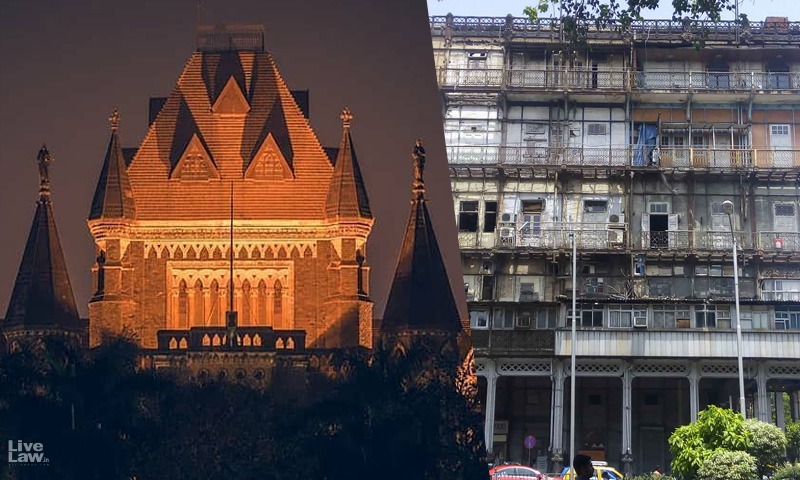 Disposing of a seven-year-old petition to save the dilapidated Esplanade Mansion, a cast-iron UNESCO World Heritage site, 400 meters away from the Bombay High Court, the Court highlighted the need for a mechanism to protect such structures effectively. A division bench of Chief Justice Dipankar Datta and Justice GS Kulkarni observed that there is "dismal" implementation of laws to...

Disposing of a seven-year-old petition to save the dilapidated Esplanade Mansion, a cast-iron UNESCO World Heritage site, 400 meters away from the Bombay High Court, the Court highlighted the need for a mechanism to protect such structures effectively.

A division bench of Chief Justice Dipankar Datta and Justice GS Kulkarni observed that there is "dismal" implementation of laws to protect privately owned heritage structures that had added to Mumbai's "glory" and "fame."

The 157-year-old Esplanade Mansion is a Grade II-A heritage structure, which once served as Bombay's first luxury hotel – the Watson's Hotel – and is listed among the top 100 endangered monuments in the world. The building is also only one of the two cast iron structures in the world.

"The sad story of this heritage building, we feel deeply concerned as to whether the State Government and its authorities like MHADA and Municipal Corporation should not work out effective measures and/or a robust scheme so as to preserve the heritage buildings in the city of Mumbai.

….the issue as raised in the present proceedings is an eye-opener and an impetus for the authorities to devise an effective mechanism to protect and restore heritage structures," the order states.

As for Esplanade Mansion, hope is still intact. The High Court has extended the suspension of MHADA's 2015 demolition notices, initially challenged by its landlord Mohammed Ali Noorani.

The demolition notices will be kept in abeyance till the Heritage Conservation Committee, MHADA, and BMC don't decide on Noorani's proposal to restore the building.

Case before the High Court

In 2019, the MHADA appointed IIT committee opined that the building could not be repaired as claimed by the tenants and landlord. However, the intervenor Indian National Trust for Art and Cultural Heritage (INTACH) pointed out several loopholes in their report.

Subsequently, in 2020, a court-appointed committee of experts said the building could be restored at the cost of Rs. 50 crore. However, the question which arose was- who would foot the bill?

Noorani said he was ready to pay for the repairs and deposited Rs. 20 crore, last year. He has agreed to make arrangements for the remaining Rs. 30 crores, as well.

Disposing of Noorani's plea, the High Court has asked the heritage committee to take a decision on his repair application within six months.

The ground plus four-storey Esplanade Mansion was designed and built between 1860-63. Named 'Watson's Hotel' after its original owner John Watson, the building had timber floors, wide-open balconies and an atrium in the centre which was used as a ballroom and had a glass skylight.

The High Court order recalls the Esplanade Mansion's contribution towards the construction of the Taj Mahal Palace hotel in Mumbai.

"It is popularly remembered that Sir Jamsetji Tata in retaliation for being snubbed by the hoteliers for not being a European, set up his own Taj Mahal Palace Hotel at Appollo Bunder in Mumbai in the year 1903, which was within the site of the Esplanade Hotel."

The Watson Hotel closed sometime after 1920. The ownership changed hands, and by a deed of conveyance dated March 9, 1979, Noorani's ancestors purchased the building from TATA Sons Ltd."

Towards the end of the order, the High Court remarked, "If the authorities were to devise an effective mechanism by conforming to the norms of law, the state of affairs would not have been as to what is the fate of the Esplanade Mansion today."

"Some positive approach and a will in this regard would go a long way to maintain such heritage buildings for all times to come, as it is impossible to construct such structures in the contemporary times. We leave these aspects to the wisdom of the authorities, as we can go no further," the order finally states.