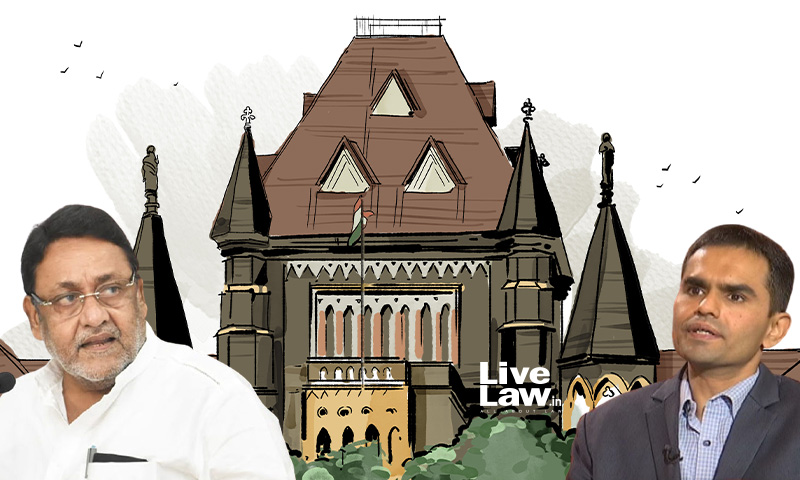 The Bombay High Court has issued a show-cause notice to State cabinet minister and NCP leader Nawab Malik asking him to explain why shouldn't action be taken against him for breaching undertakings given to the court and for continuing to defame IRS officer Sameer Wankhede and his family. A division bench of Justices SJ Kathawalla and Milind Jadhav passed the order on a contempt...

The Bombay High Court has issued a show-cause notice to State cabinet minister and NCP leader Nawab Malik asking him to explain why shouldn't action be taken against him for breaching undertakings given to the court and for continuing to defame IRS officer Sameer Wankhede and his family.

Referring to Malik's affidavit wherein he disputed the veracity of the press conference transcripts, the court said that he should have produced the correct statements on record in that case.

"We are therefore not satisfied with the explanation given by Respondent No 1 (Nawab Malik)," the court said while directing the High Court registry to issue the show-cause notice under Rules to Regulate Proceedings for Contempt under Article 215 of the Constitution of India and the Contempt of Court Act, 1971.

The notice is returnable on February 21.

On December 10, 2021, Malik had tendered an unconditional apology to the High Court for commenting on the Wankhedes, despite undertakings to the court in the defamation suit filed by Dnyandeo. He then tendered a fresh undertaking with a rider that he would continue to comment on the political misuse of central agencies and the conduct of their officers in the course of performance of their official duties hereafter.

In the contempt petition filed on January 19, Dnyandeo mentions three alleged breaches by Malik between December 28, 2021 to January 3, 2022.

The first instance pertains to Malik's tweet informing his followers about a complaint he had filed before the Caste Scrutiny Committee against Sameer Wankhede. The other two instances were allegedly during press conferences.

Senior Advocate Birendra Saraf for Wankhede submitted that no explanation was forthcoming in Malik's affidavit on how comments would fall within the ambit of the statement. He said there was a gross breach of the High Court's order.

Malik's counsel Karl Tamboly explained that after Malik's actions, Wankhede's tenure as Zonal director NCB was not extended. Moreover, his bar licence was also not renewed. He said that Malik had not named Wankhede. However, the transcripts submitted by the Wankhedes made it appear as though Malik had named the officer.

The court repeatedly asked if Malik was not bound by their order. It noted that if the correct transcripts were not provided, then the right ones should have been submitted by Malik.

Regarding Malik's tweet, Tamboly said it was his case that the caste certificate was false and he was merely informing people through his tweet.

"How can you say fake caste certificate issued. This is not within the ambit of the undertaking?," the court asked before passing the order.

Last November, Dnyandeo had filed a defamation suit in High Court seeking damages and restraining Malik after the latter alleged that Sameer Wankhede acquired his job under the scheduled caste category despite being a Muslim.

The dispute between the Wankhedes and Malik dates back to when corruption allegations were made against Sameer Wankhede, then zonal director of the NCB, in the cruise ship drug case involving Aryan Shah Rukh Khan.