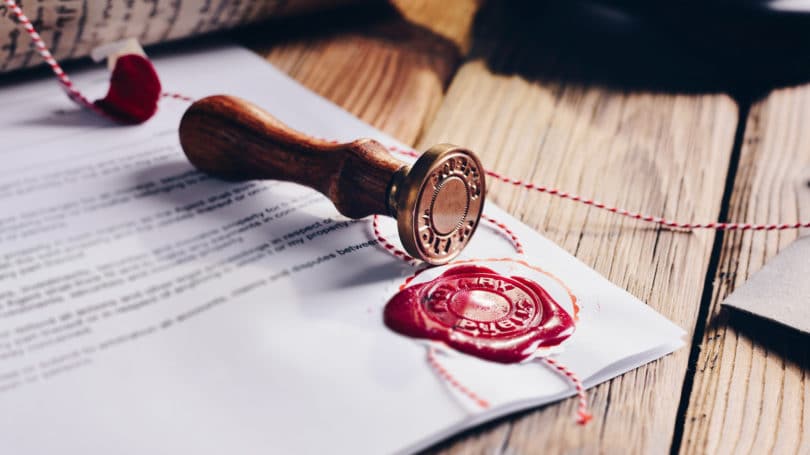 The Bombay High Court has summoned a Notary to personally appear before it at 10.30am today, since he is alleged to be operating from outside the High Court building with 3-4 clerks operating at the same time as the Notary himself.A Notary is a service which is used to certify authenticity of a document and the document is supposed to be notarised after the Notary verifies a copy with...

The Bombay High Court has summoned a Notary to personally appear before it at 10.30am today, since he is alleged to be operating from outside the High Court building with 3-4 clerks operating at the same time as the Notary himself.

A Notary is a service which is used to certify authenticity of a document and the document is supposed to be notarised after the Notary verifies a copy with its original, or in case of a person filing any document before a court of law, the Notary is supposed to check identification documents of that person. However, it was brought to the notice of a division bench of Justices SJ Kathawalla and MN Jadhav last week that Notary Shivaji Dhanage was operating with 3-4 clerks simultaneously, with the clerks posing as a Notary.
"Our attention has been drawn to a Notary named, Shri Shivaji Namdeo Dhanage, who has stationed 3-4 cars near the High Court to carry out notarization of documents. We are informed that Shri Dhanage sits in one vehicle and his clerks sitting in his other vehicles are posing themselves as Notary at different places and notarizing documents," the court order from February 11, 2022 noted and sought Dhanage to be present before it at 2.30pm the same day.
The bench was, however, informed by one Advocate Raj Shah that Dhanage had told his (Shah's) senior Vijaykumar Dighe that he (Dhanage) was in Delhi and therefore the matter be heard next week.
On a query raised by the Court as to when did Dhanage leave for Delhi and when was he expected to return to Mumbai, Shah told the court that he was in Delhi since the last 3-4 days. When the court further sought to know the exact period during which Dhanage would be at Delhi, Shah called up his senior Dighe and informed the court that they were unable to contact Dhanage.
During the hearing via the video- conference, the Court then spoke to Dighe directly over the phone and asked him to enquire from Dhanage about the particulars of his stay at Delhi. Dighe then called up the Associate of that Court and spoke to Justice SJ Kathawalla and informed the Court that Dhanage was now saying that he was not in Delhi but was at Chembur (a suburb on the eastern part of Mumbai) since the last 3-4 hours and was not well. Dighe then profusely apologised to the court and submitted that the Court may proceed to take whatever steps required to be taken against Dhanage for making misleading statements.
"It therefore appears that incorrect statements are made by Shri Shivaji Dhanage before this Court through Advocate Vijaykumar Dighe and Shri Raj Shah. Shri Shivaji Dhanage is therefore, directed to remain present before this Court on 14th February, 2022 at 10.30 a.m. along with his notary register. Shri Vijaykumar Dighe who is acquainted with Shri Shivaji Dhanage is informed about this Order and he has assured us that he will convey the same to Shri Shivaji Dhanage," the court order notes.
The court, while hearing a case of Regency Coal and Energy Pvt. Ltd. vs. RWE Supply and Trading (India) Pvt. Ltd. And Ors, on February 10, 2022, had come across some filing defects in the case, noting that there were certain blank documents and that these were even notarised by a Notary named Veena Yadav. The court then sought an explanation from the Notary as well as Advocate Ashok Saraogi, representing the concerned party before the court.
Both then tendered an unconditional apology to the court. The bench noted in its order, "Ms. Veena Yadav, Advocate & Notary is present before us. She is unable to explain as to why she has notarized the documents with blanks not only in the body of the Application seeking condonation of delay in filing the Appeal as well as in the stay application but also in the verification clause in both the documents with blanks, except tendering apology. Ms. Veena Yadav, Advocate & Notary as well as Shri Saraogi, Advocate representing the Petitioner have tendered their unconditional apology and have assured the Court that they will be very careful in future and see to it that the same mistake will not be repeated in future."
The court accepted their unconditional apologies and let them off with a warning that stern action will be taken against both of them, if such gross negligence on their part was repeated in the future. The court's attention was then drawn towards how Dhanage was practicing with multiple clerks, resulting in the court directing him to personally appear before it.
TagsBombay High Court Justice SJ Kathawalla Justice MN Jadhav Notary
Next Story
Similar Posts
+ View more
Law Firms
+ More