'Distressing That All 5 DRATs Are Non-Functional' : Bombay HC Issues Suo Motu Directions For Stay Of DRT Orders From Maharashtra 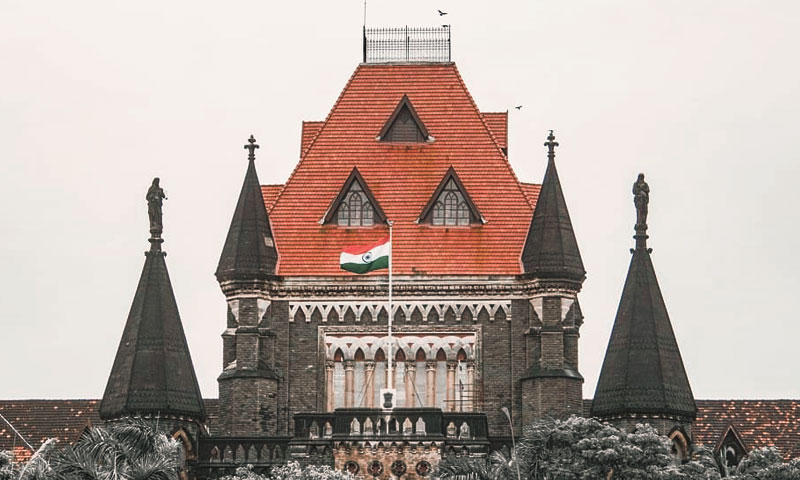 "The situation is distressing to say the least," the Bombay High Court observed about all five Debt Recovery Appellate Tribunal (DRAT) in the country lying vacant and issued "suo motu" directions for litigants of DRAT (Mumbai). "The net result of such vacancies is that the rights of parties to have access to justice by approaching the DRATs have been abrogated..," the court said....

"The situation is distressing to say the least," the Bombay High Court observed about all five Debt Recovery Appellate Tribunal (DRAT) in the country lying vacant and issued "suo motu" directions for litigants of DRAT (Mumbai).

"The net result of such vacancies is that the rights of parties to have access to justice by approaching the DRATs have been abrogated..," the court said.

All appeals against orders passed by the Debt Recovery Tribunals (DRT), meant for the recovery of public money by banks and financial institutions are heard by the DRAT.

The suo-motu directions issued by a division bench of Chief Justice Dipankar Datta and Justice MS Karnik will remain operational till January 4.

The court has directed that all appeals filed in DRAT(M) against orders of any DRT in Maharashtra, along with the requisite fee, the impugned order would remain stayed if 25% of the debt due is deposited.

That way, once such fee is paid, any secured creditor or party in whose favour an order has been passed by the DRT for effecting recovery, shall remain injuncted from taking any action adverse to the interest of the appellant. The pre-deposit is without prejudice to rights of either party in appeal.

"We, accordingly, direct that if any party is desirous of challenging an order passed by any DRT situated in the State of Maharashtra before the DRAT(M), he/she/it shall be at liberty to present an appeal before the DRAT(M) together with the requisite fees irrespective of whether the period of limitation has expired or not; however, after the appeal is preferred (together with application for condonation of delay, if any, or any other application including an application for stay), the order under challenge would remain stayed from the time the appellant makes a pre-deposit of at least 25% of the debt due from him/her/it, as claimed by the secured creditors or determined by the DRT, whichever is less. Once such pre-deposit is made, any secured creditor or party in whose favour an order has been passed by the DRT for effecting recovery shall remain injuncted from taking any action adverse to the interest of the appellant. Such pre-deposit shall be without prejudice to the rights and contentions of the parties in the appeal before the DRAT(M). This arrangement shall continue till January 4, 2022 for the present"

"If appointment of the Chairperson of the DRAT(M) is made or if any other Appellate Tribunal constituted under any other Central legislation is conferred with the jurisdiction ofthe DRAT(M) prior to the returnable date, the Union of India shall be at liberty to approach this Court for variation/modification/vacation of this order".

The court said it was constrained to invoke it's suo-motu powers to protect and secure the interest of litigants who, despite being ready to approach the DRAT(M) are left either without the appellate remedy or are forced to take the risk of approaching the HC under Articles 226 and 227, which would entail limited scrutiny on settled parameters.

The bench was hearing two writ petitions filed by Bank of Bahrain and Kuwait B.S C. and MSTC Ltd, a Government Enterprise, seeking certain reliefs as the office of the Chairperson of the DRAT(Mumbai) has been lying vacant since September 15, 2021.

After the bench enquired if the matter could be taken up by any other DRAT it was informed that of the remaining four DRATs only one was functional. However, the chairman of last functional DRAT demitted office on November 28, 2021.

The Additional Solicitor General Anil Singh informed court that the Department of Financial Services, Ministry of Finance, Government of India, in charge of these tribunals is awaiting recommendations from the search- cum-selection-committee headed by a Supreme Court Judge.

The High Court, however, frowned on the fact that the process for filling these offices were started by the Financial Services only on July 14 this year. The court was "appalled" that the Union was exploring the provision under sub-section (1) of section 8 of the Recovery of Debts and Bankruptcy Act, whereunder, the centre can empower the chairperson of any other Appellate Tribunal to discharge the functions of the chairperson of the DRAT, only after a nudge from the HC, last month.

The High Court took a strong exception to the Union's submission that in the absence DRATs, the aggrieved parties can approach HC under Articles 226,227.

The High Court also took strong exception to the Statement of Objects and Reasons for introducing amendments in the RDB Act and the SARFAESI Act in 2016, where it was mentioned that despite the limitation of 180 days for disposal of recovery applications cases were pending due to adjournments and long hearings.

The bench said that while on the one hand amendments intended to expedite recovery of public money ill-spent by the borrowers is welcome, practically closing the remedy of appeal by not appointing Chairpersons of DRATs on the other has to be frowned upon by the Courts.

"Vacancies in the offices of the DRTs and the DRATs contribute equally, if not more, to delayed disposal of recovery applications as well as appeals from orders of such disposal."

The bench was not impressed by the ASG's argument that any order of restraint, would adversely affect the recovery processes.

"We are conscious that stalling of recovery processes would affect the economy of the nation, but at the same time, we cannot overlook that the dates of demitting offices by the respective Chairpersons of the DRATs having been known…the process to appoint Chairpersons ought to have commenced much prior to July 4, 2021."

"Allowing recovery processes to continue without providing an effective remedy of appeal… would result in desecration of the legal system," the bench observed.