'Both My Parents Have Equally Contributed To My Education': Law Graduate Convinces Alma Mater To Issue Certificate Containing Both Her Parents' Names 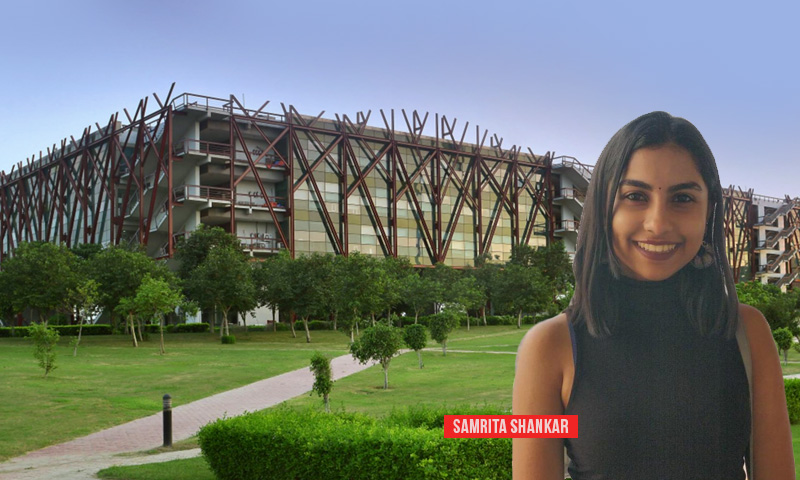 Samrita Shankar, a BBA LLB student from the graduating batch of Jindal Global University, successfully overhauled the archaic practice of her alma mater, mentioning only the name of her father on her passing degree.

After Shankar wrote an email to the Vice Chancellor of the University, highlighting that both her parents had "equally contributed" to her education and she was "upset" to see only her father's name on the provisional degree issued to her, the VC promptly took cognizance of the "grave error" and assured that they shall "change this practice".

"They have always been supportive of all educational and co-curricular endeavours that have contributed to a joyous and enriching college experience. Hence, they are both equally deserving of seeing their names on their daughter's Official Degree, Provisional Degree and other related documents," Shankar wrote.

She had also suggested that in situations where a student's parents are divorced or in the process of getting a divorce, or are separated, the choice of whose name to include in her/his university documents must lie with the concerned student.

"This choice will be beneficial to students who have single mothers and find it difficult to get their degree certificates without their father's name," she said.

Significantly, the University Grants Commission had issued Directives in the year 1998, stating that all universities and affiliated colleges must clearly include the student's name, the father's name and the mother's name in all academic testimonials. The direction was re-iterated in the year 2014, seeking "stricter compliance".

Aggrieved by continuance of such "archaic and discriminatory" practice at her alma mater, Shankar said, this practice is a "hard blow" to achieving gender equality.

"In today's world, mothers are equally working hard and contributing (financially and otherwise) towards their child's development and education. Therefore, continuing with an anachronistic practice such as only including the father's name in educational procedures and certificates is not only a step-back in achieving gender equality, but also disrespectful to single/unwed/divorced mothers and their children" she wrote.

The VC responded to her e-mail within half an hour and re-issued her provisional degree, containing both her parents' names, within days.