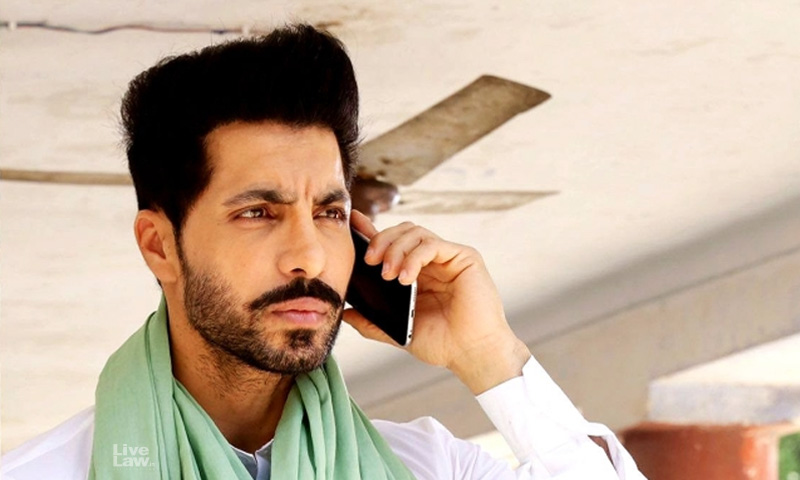 A Delhi Court has granted bail to Deep Sidhu, accused in the Red Fort Violence case in connection with he violence that broke out during the farmer's tractor rally on Republic Day.Additional Sessions Judge Neelofer Abida Perveen granted bail to Sidhu subject to his furnishing personal bond with two local sureties in the sum of Rs. 30,000/- each to the satisfaction of the Court.Furthermore,...

A Delhi Court has granted bail to Deep Sidhu, accused in the Red Fort Violence case in connection with he violence that broke out during the farmer's tractor rally on Republic Day.

Additional Sessions Judge Neelofer Abida Perveen granted bail to Sidhu subject to his furnishing personal bond with two local sureties in the sum of Rs. 30,000/- each to the satisfaction of the Court.

Furthermore, the Court has granted bail on the following conditions:

- He shall deposit his passport with the IO.

- He shall mention the mobile phone number to be used by him.

- He shall ensure that the said number is kept on switched on mode throughout with location activated and shared with the IO at all times.

-He shall telephonically confirm his location with the IO on the first and fifteenth of each calender month.

- He shall oin investigation as and when called upon to do so and in every manner as required by the IO.

- He shall scrupulously appear on each and every date of hearing before the Trial Court and shall not delay defeat or interfere with the trial in any manner whatsoever.

- He shall not influence threaten intimidate witnesses nor tamper with evidence in any manner whatsoever.

ASJ pronounced the order in the presence of both the parties after reserving it on Monday. Deep Sidhu was being represented by Advocate Abhishek Gupta along with Advocates H. S. Khosa, Jaspreet S. Rai, Mandeep Sidhu and Jasdeep S. Dhillon.

Know the Arguments Advanced by the Parties

What did Deep Sidhu Argue?

Deep Sidhu's primary argument to refute the allegations made by the prosecution of him being the alleged "primary instigator" in the case, has been that he never instigated the crowd for committing violence. It was also his case that people had already started committing violence and breaking barricades before he reached the Red Fort at around 2 PM on the Republic Day.

Sidhu argued that there was sufficient CCTV footage available with the investigating agency showing that he was present at a Hotel in Murthal till 12PM on 26th January and had reached Red Fort at 2 PM.

"I came there much later. Entire route and phone records are verified by the investigating agency. No act of violence has been committed by me. Let them point out, they have the cctv footage. No act of violence on record. The violence started after I left. I was trying to pacify the crowd. There are some videos also from which it can be seen that I was trying to pacify the crowd. He is a possible known case. He has acted in various punjabi movies. He was at a wrong place at the wrong time." Argued Sidhu during the course of hearing.

"I never urged people to go to the Red Fort. Nor did I call anyone to gather at the Red Fort. You have all the videos. Wheareas there are videos of other people also asking to come at the Red Fort. They have considered my video but they must also consider videos of others too. I am not the main accused." Sidhu submitted while moving an application before CMM Court seeking fair and impartial investigation in the matter.

- Shouting Common Religious Slogans not a Crime, Well Within the Fundamental Right to Protest

According to Sidhu, the allegations of the prosecution wherein it was stated that Sidhu had raised slogans and hoisted Nishan Sahib flag at the Red Fort, could not constitute a crime as shouting common religious slogans cannot be termed as an offence.

"Slogans like 'Jo Bole So Nihaal' are said in various Gurdwaras and it's a common religious slogan. These are common slogans like 'Jai Shree Ram'. I don't understand how can reciting such spiritual slogans can be termed as a crime." Sidhua argued.

Arguing that there was no evidence to show that he indulged in violence or ever instigated people to commit violence, it was also submitted by Sidhu that his mere presence at the Red Fort cannot make him a part of unlawful assembly.

What did the Prosecution Allege?

The main thrust of the prosecution's arguments was Sidhu had an intention of committing violence thereby instigating the crowd. Various interview transcripts were relied upon by the State to show how Sidhu, in his statements like "26 tareekh aarahi hain. Zyada se zyada log laao. Apne gharo se tractor laao" and "Hum jab 26 November ko aaye the toh barricade Todd kar aaye the" allegedly involved in committing acts of violence.

"This interview is showing his intention for committing violence to blame our country, to disregard our national flag, to disregard our police personnel where several were injured. He was not intending to follow the route which was provided for the march. On 26th January at Red fort, while instigating another person, Sidhu was seen at Red Fort to hoist Nishan Sahib Flag. A screenshot of a video is also available." State argued.

It was also the case of the prosecution that there was a purpose behind allegedly calling others to the Red Fort which was to start "a new morcha" which happened after Sidhu allegedly flagged Nishan Sahib flag and announced in loud hailer that leaders must also reach there to take the charge.

It was also submitted by the prosecution that attacking on police officials, who were performing their public duty, started after Sidhu reached the Red Fort and after him addressing the crowd.

"He started instigating the crowd. When Red Fort was not there in the prescribed route, then how did Red Fort come into picture? If their motive was to peacefully protest against the farm laws, then why did he go there? His agenda was only to defame India, nationally and even internationally. This was the only agenda of going to the Red Fort. Do the police officials who are on duty do not have any fundamental rights? Is it valid to commit violence in the name of fundamental rights? Is it valid to defame India in the name of fundamental rights?" State argued.