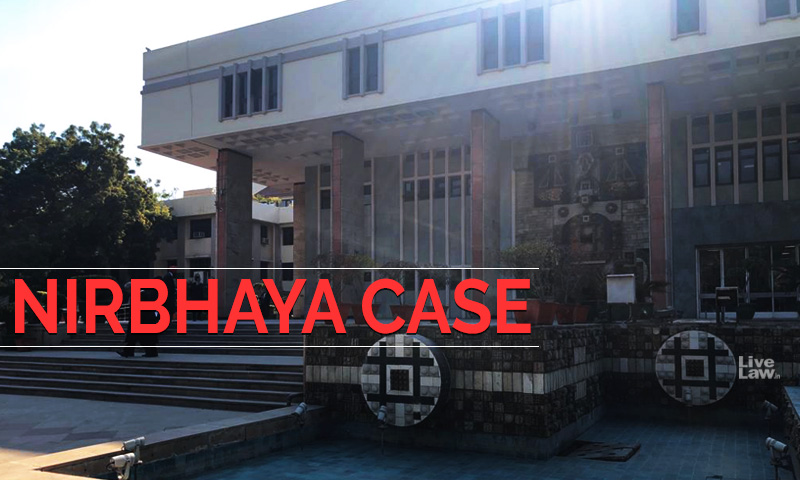 Delhi High Court has refused to interfere with the order passed by the Sessions Court on January 7 for the execution of the four convicts in the Nirbhaya rape case. The Division Bench of Justice Manmohan and Justice Dhingra noted that the Session Court's order is not erroneous, as the same was passed in compliance with the previous orders of the Supreme Court. Moreover, till the passing...

Delhi High Court has refused to interfere with the order passed by the Sessions Court on January 7 for the execution of the four convicts in the Nirbhaya rape case.

The Division Bench of Justice Manmohan and Justice Dhingra noted that the Session Court's order is not erroneous, as the same was passed in compliance with the previous orders of the Supreme Court. Moreover, till the passing of the said order, the petitioner had neither filed a curative nor a mercy petition. The court observed that:

'If the petitioner is of the opinion that the date of execution mentioned in the impugned order needs to be set aside in view of any subsequent event, then he must approach the court that passed the impugned order.'

The present petition was filed by Mukesh, one of the four convicts, challenging the January 7 order on the ground that the convicts are still left with the remedy of seeking mercy from the President of India.

He had sought directions to be issued to the Union Government, the Delhi Government, Inspector General of Prisons, and Jail Superintendent (Tihar), to ensure that at least fourteen days notice is given to the Petitioner and his family about the scheduled date of execution if the Petitioner's mercy petition is rejected by the Hon'ble President of India.

During the proceedings, Senior Counsel Rebecca Memon John, who was appearing for the Petitioner, cited the judgment of the Supreme Court in the case of Shatrughan Chauhan v. Union of India, wherein it was held that the death row convicts must be given a notice of minimum 14 days after their mercy plea is rejected by the President.

Therefore, the execution order has to be stayed because the Petitioner had filed his mercy plea on January 9, and it still awaits the decision of the President.

It was also pointed out by John that the curative petition could not be filed prior to January 7, as the Supreme Court was shut till January 6. Moreover, the Petitioner had clearly stated in his reply to the notice issued to him by Tihar authorities, that he wants to file his curative as well as mercy petition.

ASG Maninder Acharya challenged the maintainability of the present petition. She argued that the said petition is premature as the President is yet to decide on the mercy plea of the Petitioner.

Supporting the same argument, Rahul Mehra, who appeared for Delhi Police, submitted before the court that the Delhi Government will be sending its opinion, on the mercy plea of the Petitioner, to the Lieutenant Governor by today itself.

Citing the Delhi Prison Rules, Mehra argued that the Petitioner can in no circumstances be executed on January 22, as his mercy plea has been filed.

As per the Delhi Prison Rules, a death row convict can only be executed after giving a minimum notice of 14 days post the rejection of his mercy plea.

After hearing both the parties, the court opined that once the Supreme Court has dismissed the petitioner's criminal appeal confirming the death sentence as well as the review and curative petitions, the petitioner cannot challenge the execution order before the High Court as the said order is nothing but carrying the orders passed by Apex Court to its logical conclusion.

'In the event, the petitioner is aggrieved by any such order, he shall have to approach the Apex Court', the Bench noted.

At this stage, John submitted that she wishes to withdraw the present petition in order to move the trial court instead.

Taking that into consideration, the court disposed off the petition by granting liberty to the Petitioner to approach the trial court, in order to bring the subsequent events into its consideration.