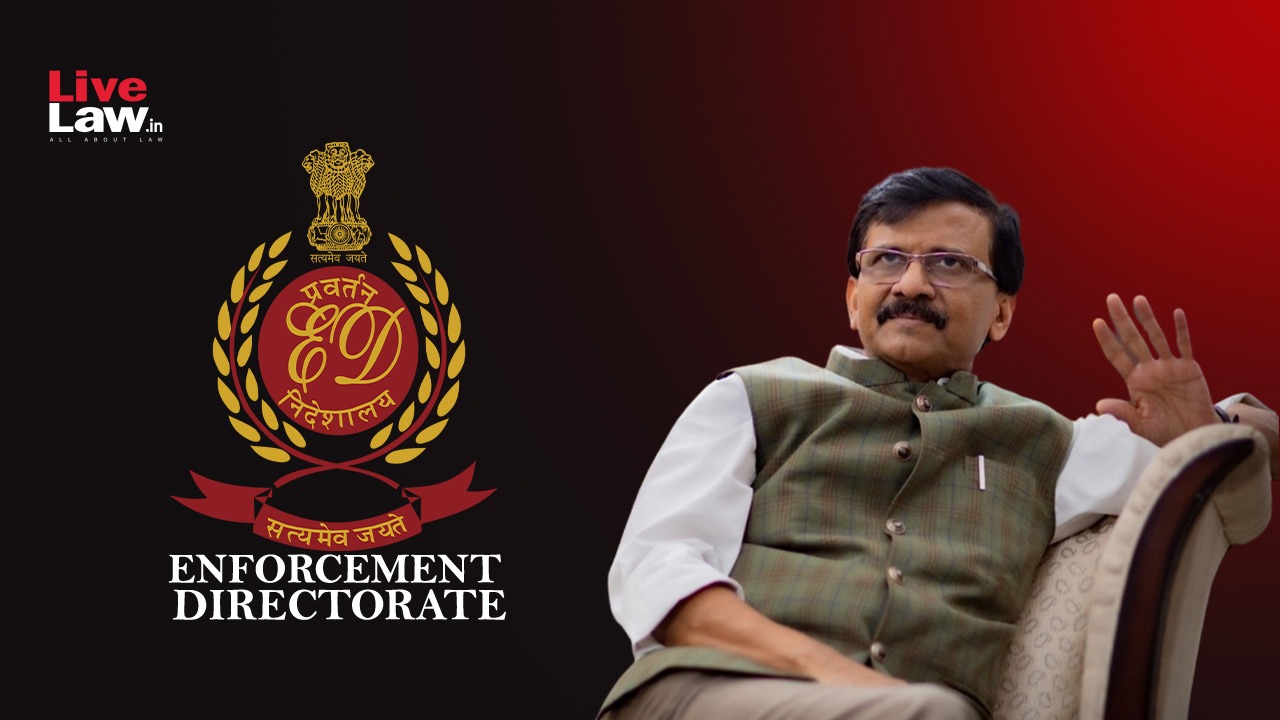 Special Judge MG Deshpande said that the agency has made "remarkable progress" in the investigation.

"It is a fact that trail of money 1.17 and 1.08 crore was not before the court earlier...some more amounts have been revealed. ED pointed out bank statements and further trail..."

The Judge also rejected an intervention application filed by Advocate Ranjeet Sangle on behalf of witness Swapna Patakar saying she was threatened by Raut.

Court said Sangle couldn't justify how such an application was tenable under Section 167 of CrPC.

"If any threats have been given by the accused or anyone claiming on his behalf, the person has to approach the authority concerned. If the authority is not taking cognisance, the remedy is different."

The ED is investigating alleged violations of the Prevention of Money Laundering Act (PMLA), 2002 regarding irregularities in the redevelopment of Patra Chawl by Guru Ashish Construction Pvt Ltd. The company is a subsidiary of Housing Development and Infrastructure Ltd (HDIL).

Guru Ashish Construction, in a tri-parte agreement with Maharashtra Housing and Area Development Authority (MHADA)had undertaken to develop 672 flats for tenants of Patra Chawl, develop flats for MHADA, and finally to sell the remaining area to private developers.

However, according to the ED, Pravin Raut, one of the directors of Guru Ashish Constructions misled MHADA and sold the floor space index (FSI) to nine private developers, collecting Rs 901.79 crore. It failed to construct either the rehab portion for the 672 displaced tenants or the MHADA's portion.

Further ED claims that Pravin Raut received nearly Rs 100 crore from HDIL and "diverted" it to various close associates, including the family of Sanjay Raut.

On July 1, Raut was questioned for over 10 hours but didn't respond to summons thereafter citing the ongoing Parliament session.

"Among the Proceeds of crime (PoC) of around Rs. 112 crore (to Pravin Raut), ED has so far traced PoC amounting to Rs 1,06,44,375/- being transferred to the bank account of Shri Sanjay Raut/ his wife Smt. Varsha Raut," the End said in the remand.

Special Public Prosecutor Hiten Venegavkar representing the ED called Raut, their "front man". He said that the money was used by Raut to purchase properties in Dadar area in Mumbai and Kihim in Alibaug.