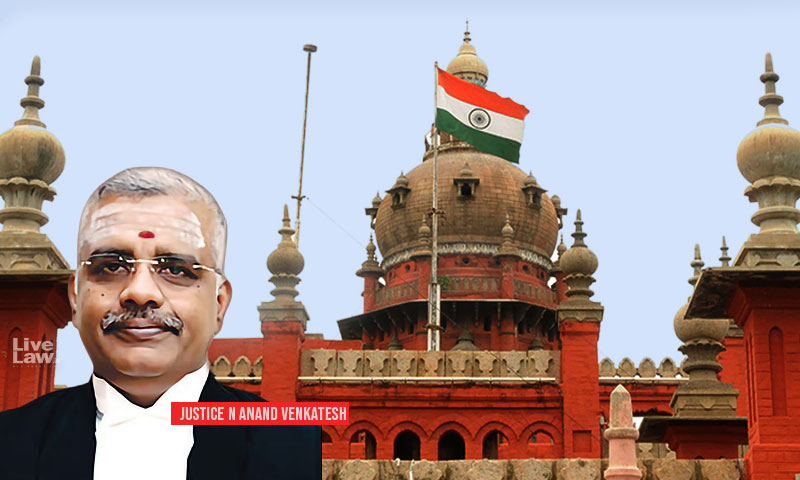 The Madras High Court recently directed the Archaeological Department to take control of the property of Thalaivetti Muniyappan Temple at Kottai Road, Periyeri Village, Salem District after the Archaeological department confirmed that the idol inside the temple depicted the mahalakshanas of Lord Buddha. The court also prevented any further pooja from being conducted in the temple. Justice...

The Madras High Court recently directed the Archaeological Department to take control of the property of Thalaivetti Muniyappan Temple at Kottai Road, Periyeri Village, Salem District after the Archaeological department confirmed that the idol inside the temple depicted the mahalakshanas of Lord Buddha.

The court also prevented any further pooja from being conducted in the temple. Justice Anand Venkatesh observed that allowing Hindu Religious and Charitable Endowment (HR&CE) department to continue treating the sculpture as that of Thalaivetti Muniappan would be against the tenets of Buddhism.

The 6th respondent (archaelogical department) after inspecting the premises and after carefully analyzing the sculpture has come to a categorical conclusion that the sculpture depicts the mahalakshanas of the Buddha. After having received such a report, it will not be appropriate to permit the HR & CE Department to continue to treat this sculpture as Thalaivetti Muniappan. The mistaken identity cannot be allowed to continue after coming to a conclusion that the sculpture is that of Buddha. In view of the same, the original status must be restored and permitting the HR & CE Department, to continue to treat the sculpture as Thalaivetti Muniappan, will not be appropriate and it will go against the very tenets of Buddhism.

After observing that the controversy regarding whether the statue was that of Buddha or not could not be adjudicated by the court under Article 226 of the Constitution, the court directed the Principal Secretary and Commissioner, Archaeological Department, Tamil Development to inspect the subject temple and submit a detailed report as to the rival claims of the parties. The Principal Secretary was also directed to give an opportunity of personal hearing to the petitioner while preparing the report.

In his report, the Principal Secretary appraised the court that the sculpture was made of hard stone. The figure was in seated position known as "ardhapadmasana" on a lotus pedestal. The hands are posed in "dhyana mudra". The figure were a sagati. The head shows lakshanas of the Buddha such as curly hair, ushnisa and elongated earlobe. Urna is not visible on the forehead.

In his concluding remarks, the Principal Secretary, after carefully examining the available archaeological and historical evidences, opined that the sculpture depicted several mahalakshanas (great traits) of Buddha.

As the report confirmed that the sculpture depicted "Buddha", the State and the Commissioner (HR&CE) were directed to inform the court as to who shall take control of the sculpture inside the property. The Executive Officer appointed by HR&CE who was in charge of the temple submitted that the place in question had been treated as a temple of Thalavetti Muniappan for a considerable period with people coming to the place for worship. Therefore, he submitted that the HR&CE will continue to take control of the place by treating it as a temple.

The court, however, disagreed with the same. The court opined that since the archaeological department's report had confirmed that the statue depicted Buddha,it would not be appropriate to continue treating it as a temple.

The Archaeological department was directed to take control of the property and erect a Board inside the property depicting that the sculpture inside was that of Buddha. The court further directed that the general public shall be permitted to visit the place but no poojas or other ceremonies were to be performed for the sculpture.

Case Title: P.Ranganathan and another v. The State of Tamil Nadu and others

Counsel for the Petitioner: Mr.S.Sathia Chandran