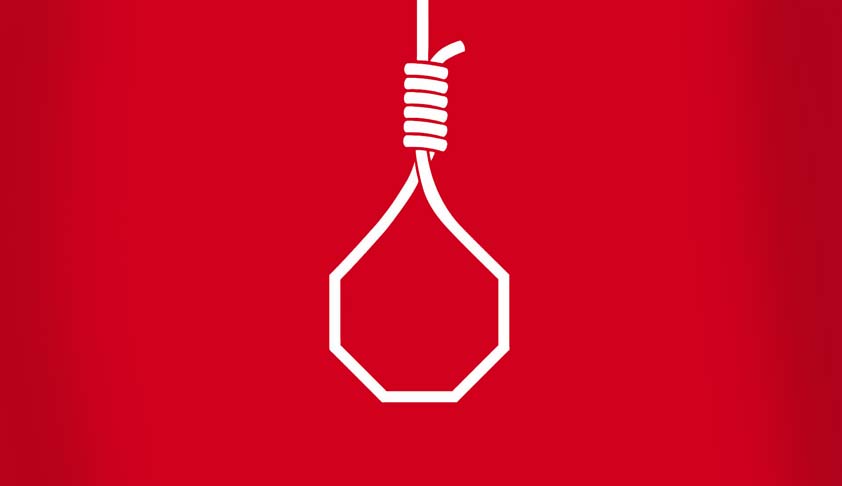 The Bombay High Court has confirmed the death sentence awarded to one Vishwajit Masalkar, 25-year-old convicted under Section 302 of IPC for killing his mother, wife and two-year-old daughter in order to marry another woman. Division bench of Justice BP Dharmadhikari and Justice SS Joshi confirmed the death sentence awarded to the accused and concluded- "All the aforesaid...

The Bombay High Court has confirmed the death sentence awarded to one Vishwajit Masalkar, 25-year-old convicted under Section 302 of IPC for killing his mother, wife and two-year-old daughter in order to marry another woman.

"All the aforesaid aggravating circumstances explicit that it is the rarest of rare case and the accused has thus committed a diabolic and brutal murder of his wife, mother and child and being a heinous offence, it pricks the judicial conscience. By finishing the family, the accused has tried to shatter the basic foundation of the society."

The accused had appealed against the judgement of Additional Sessions Judge, Pune dated August 26/31, 2016 convicting him under Sections 302, 307 and 201 of the Indian Penal Code.

Masalkar was working as a Facility Executive in DTSS Company, Pune. He informed the police that theft has taken place in his house and his mother, wife and daughter have been killed. Also, his neighbour Madhusudan Kulkarni has been injured.

ACP Bajirao Mohite received information from Police Control Room (PCR) that theft had taken place at Champaran Society at Wanwadi, Pune. Mohite entered the said information in his laptop and it was treated as a complaint. On the basis of the said complaint, offence was registered section 302 and 397 of IPC. Initially police were led to believe that a theft had taken place. ACP Mohite sent all three dead bodies to the hospital. He also referred Madhusudan Kulkarni, the neighbour for his medical treatment in the hospital. ACP Mohite visited the place of incident and recorded panchanama of the scene of offence.

During the course of investigation, it was noticed that neither there was a theft of gold ornaments or cash from the house of the accused nor there was a forcible entry from any of the doors of the house.). It was also revealed that there was love affair between the accused and one Gauri Londhe. Therefore, the Police suspected that the accused might have committed murder of his wife, mother and child. So also, he must have injured Madhusudan Kulkarni as he might have noticed the said murder and therefore, accordingly, investigation was conducted and the accused was arrested by the police.

After the investigation was concluded and all the evidence was submitted, Additional Sessions Judge examined the material and convicted the accused sentencing him to death.

APP Arfan Sait submitted that the accused had initially mislead the police and told them a robbery had taken place and in course of the robbery his wife, mother and daughter were murdered. Later, the gold ornaments alleged to have been stolen, were discovered hidden behind a photo frame in the house itself.

Further, APP Sait submitted that recovery of hammer at the instance of accused, taken charge under section 27 of the Evidence Act pointed out towards his guilt. He contended that even CCTV footage supports the prosecution's case. The accused attempted to commit his neighbour's murder in order to keep him quiet, Sait said.

Vijaykumar Sonpetkar, father of Archana, the accused's deceased wife was a witness in the case. He stated that the accused did not allow Archana to speak to him and so she used to call him from a public phone. She told him about ill-treatment suffered at the hands of accused.

Moreover, in May 2012 when Sonpetkar visited his daughter's matrimonial house, along with his relatives and tried to convince the accused not to leave his daughter, he did not listen. The accused stated that he is going to take divorce with Archana as he is having love affair with another girl. The accused even threatened to kill Archana.

After examining all the material on record, Court concluded-

It has been made clear by the Hon'ble the Apex Court that the rarest of rare case test depends upon the perception of the Society and the approach should be "society­centric" and not "judge centric". The test has to be applied whether the society will address awarding of death sentence to the crime in question."

Court also referred to the brutality of the murder and explained-

"The accused has committed a planned cold-blooded murder considering that all these were helpless and hapless persons, depending on him. The accused did not spare his two years old daughter also. Even the other who brought him on this earth was not considered sympathetically, may be because she used to oppose the accused for having illicit relationship with PW2, as deposed by PW12."