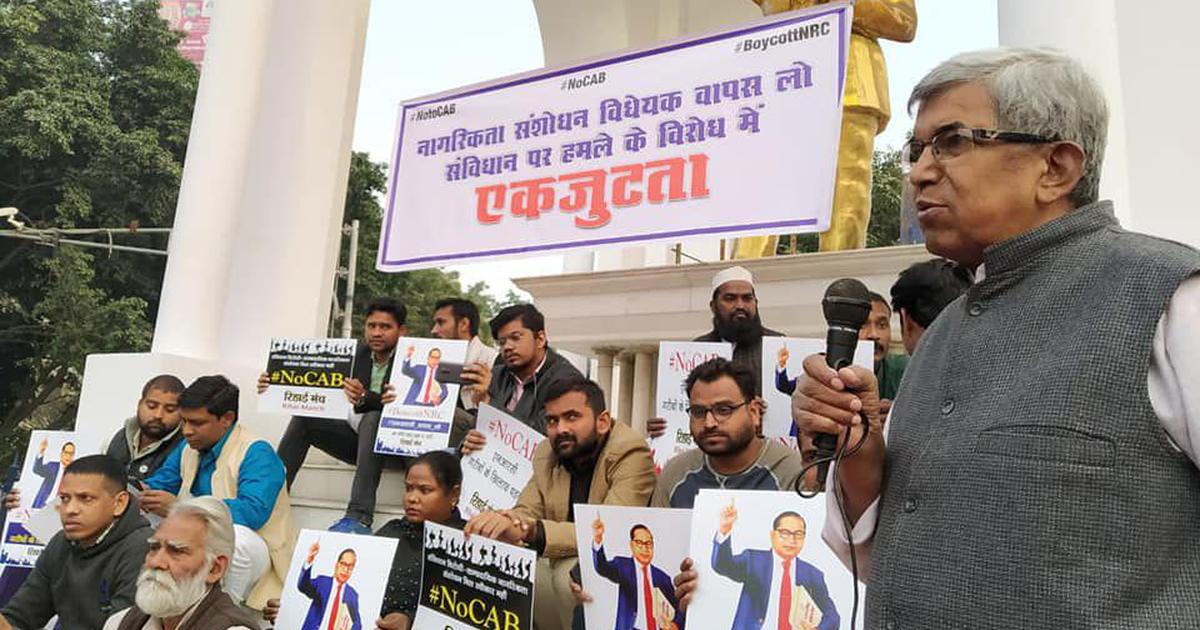 The Lucknow Bench of Allahabad High Court on Monday posted the Habeas Corpus petition filed on behalf of Lucknow based senior lawyer and president of human rights group Rihai Manch, Mohammad Shoaib, for next week.

The bench of Justices Shabihul Hasnain and Virendra Kumar-II, has granted a week's time to the State to file the counter affidavit.

Advocate Shoaib was arrested on December 20 midnight over anti- CAA protests in Lucknow. A habeas corpus petition was moved on his behalf by Advocate Guarav Kumar Kashyap, alleging that since arrest, his whereabouts were not known.

As per the Petitioner's counsel, Advocate Atul Benjamin Solomon, Advocate Shoaib was kept under house arrest since 5:30 pm on 18.12.2019, without any formal order of house arrest.

He told that on December 17, a show cause notice under Sections 107 and 116 CrPC was issued to Advocate Shoaib, directing him to furnish a bond of Rs. 50,000/- for keeping peace and fixing the matter for December 23. Subsequently on December 18, another order under Section 149 CrPC was passed, restraining him from participating in the ongoing protests.

Despite the said orders, Advocate Shoaib was picked up from his residence at midnight on December 19, stating that he had been summoned by the Circle Officer. However, he was not produced before a Magistrate, as per the mandates of CrPC, submitted Shoaib's counsel.

As per the counsel, the counter filed by the State before the court wrongly showed the arrest to have taken place on December 20 at about 8.45 am from Clarks Awadh Tiraha, Lucknow. Further, the arrest memo so filed had not been signed by the SP or any witnesses, thus violating the norms prescribed under the DK Basu Case as well as Section 41B of CrPC. Furthermore, the remand order under Section 167 CrPC, submitted by the State, was a collective remand order for 36 persons and did not name Advocate Shoaib.

After hearing the parties January 2 and 3, the court asked the state counsel to be fully prepared with the case and be of assistance to the court.

"Since this is a habeas corpus petition and life and liberty of the petitioner is at stake, it is expected that the A.G.A. will be fully prepared on this issue," the court had said.

The Court had earlier directed the UP police to submit the documents related to Shoaib's arrest.