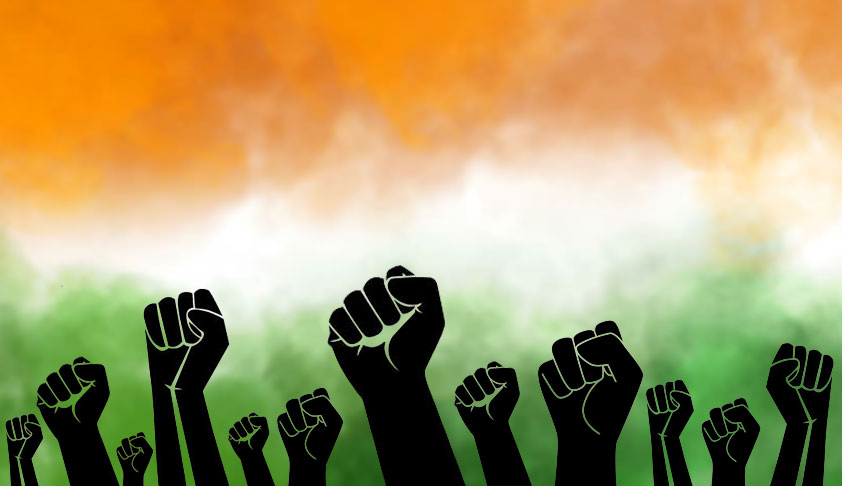 The Calcutta High Court on Tuesday directed the Union government to grant the freedom fighters pension under the Swatantrata Sainik Samman Pension Scheme, 1980, within 3 months to a batch of petitioners after opining that possession of personal knowledge certificates although a form of secondary evidence would be sufficient to be eligible for benefits under the scheme.

Subsequently, to extend the benefit of pension to all freedom fighters, the Government of India introduced another scheme on August 15, 1981 namely the Swatantrata Sainik Samman Pension Scheme, 1980 with effect from August 1, 1980 in place of the earlier scheme.

In the instant case, the petitioner had applied for the freedom fighter pension along with general Non-Availability of Record Certificate (NARC) issued by the District Magistrate of Midnapore and Personal Knowledge Certificate issued by Sushil Kumar Dhara, an eminent freedom fighter and eligible certifier of District - Midnapore for grant of the Swatantrata Sainik Samman Pension.

Further, ordering the Union government to process the pension of the petitioners within a period of 3 months the Court observed,

"Accordingly, the respondent authorities i.e. the Union Government is directed to pay the petitioners, Freedom Fighter's Pension under the liberalized "Swatantrata Sainik Samman Pension Scheme" with effect from the date when the petitioner made an application for grant of pension within 3 (three) months from the date of communication of the copy of this order."

It was further taken into consideration that Sushil Kumar Dhara was also a freedom fighter who had suffered actual imprisonment for more than 5 years during the freedom struggle and the period of imprisonment had also mentioned been in the concerned certificate which clearly reveals that he had suffered total imprisonment of 5 years 7 months.

Opining that although the personal knowledge certificate is secondary evidence nevertheless it must be accepted as per the terms of the scheme, the Court underscored,

"Although the Personal Knowledge Certificate may be secondary evidence in the absence of primary evidence, the same has to be accepted in terms of the scheme wherein it is categorically mentioned that certificate from veteran freedom fighters who had themselves undergone imprisonment for 5 years or more if official records are not forthcoming due to their non- availability."

It was further opined that Division Benches of the Calcutta High Court have previously held that if the secondary evidence i.e. Personal Knowledge Certificate is provided there is no necessity for production of documentary evidence of non-availability of records during the said period. Reliance was placed on the Calcutta High Court judgments in Gajendranath Manna v. State of West Bengal and in Gokul Chandra Panja v. Union of India & Ors in this regard.

Accordingly, the appeal was allowed.