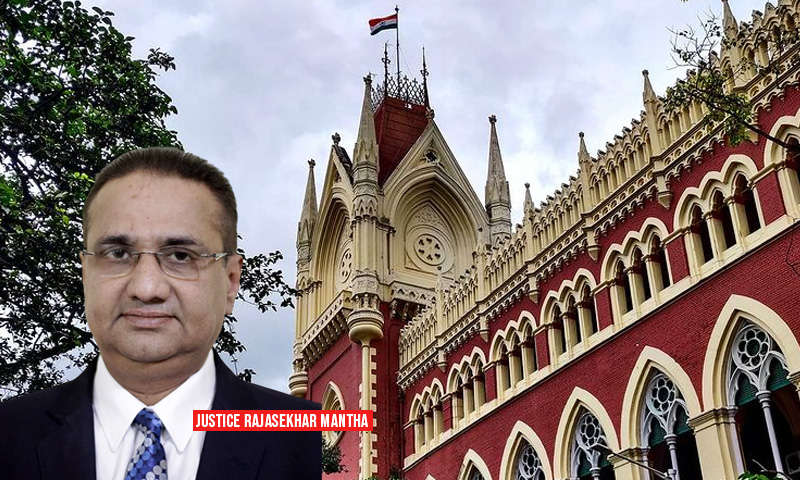 The Calcutta High Court on Monday, while adjudicating upon a plea alleging illegal appointment of assistant teachers for Class 9 and Class 10 in State-run schools, directed West Bengal Board of Secondary Education to set aside the appointment of a mathematics teacher.

In the instant case, one Siddique Gazi was working as a mathematics teacher at Soluadanga High School in Murshidabad since February 2021.

Justice Rajasekhar Mantha took on record the report filed by Ashok Kumar Saha, Assistant Secretary, West Bengal Central School Service Commission wherein the Commission had admitted that the appointment of Gazi as Assistant Teacher in the subject of Mathematics in OBC for Class IX & X under the State Level Selection Test, 2016 has been a mistake.

The Court further noted that the Assistant Teacher had been restrained from receiving salary and entering the school by an order of Co-ordinate Bench on May 2, 2022.

Directing the Board of Secondary Education to immediately cancel his appointment, the Court underscored,

"In that view of the matter, appointment of Siddik Gazi as Assistant Teacher by the Board of Secondary Education shall stand quashed and set aside. The Board shall take immediate consequential steps. An illegal appointment cannot confer any right on an appointee."

The Court stated that it will consider on June 8 whether the said appointment was obtained by fraud or other malpractice. It further directed that no arrears whatsoever in any form shall be paid to the illegal appointee in the meantime.

Justice Abhijit Gangopadhyay had earlier ordered that the daughter of West Bengal minister of state for school education Paresh Chandra Adhikari shall not be allowed to be treated as a teacher recommended by the West Bengal School Service Commission (SCC) and appointed by the West Bengal Board of Secondary Education until further orders passed by the Court. The Judge had further restricted her from entraining the concerned school premises and had also ordered her to deposit the total salary received so far during her tenure as an assistant school teacher with the Registrar General of the High Court.