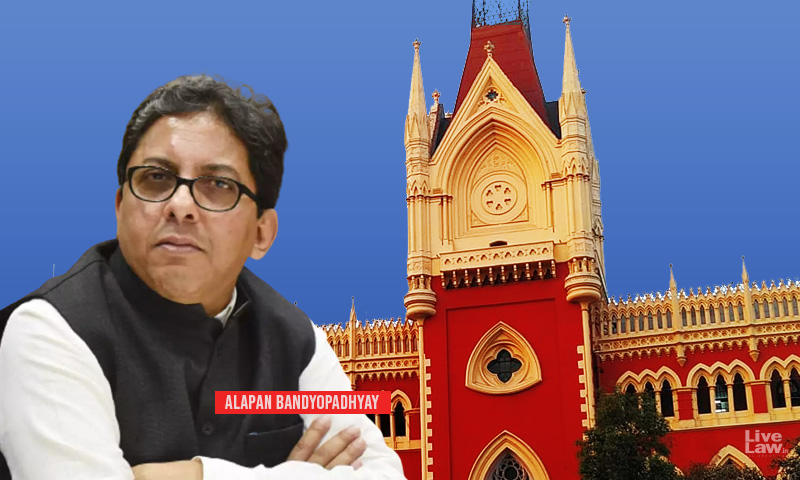 x
In a sharply critical order, the HC said that the CAT Principal Bench was "overzealous" to cater to the fiat of the government and paid "obeisance to the diktat of the Union of India"

The Calcutta High Court on Friday expressed strong reservations to the manner in which the principal Bench of Central Administrative Tribunal (CAT) favoured the Central government in its attempt to transfer a case moved by Alapan Bandyopadhyay, former Chief Secretary and incumbent Chief Advisor to the Chief Minister from the Calcutta to New Delhi. The High Court Court set aside the the...

The Calcutta High Court on Friday expressed strong reservations to the manner in which the principal Bench of Central Administrative Tribunal (CAT) favoured the Central government in its attempt to transfer a case moved by Alapan Bandyopadhyay, former Chief Secretary and incumbent Chief Advisor to the Chief Minister from the Calcutta to New Delhi. The High Court Court set aside the the order passed by the CAT Principal bench to transfer Bandyopadhyay's petition to New Delhi and directed the Kolkata Bench of CAT to decide the case on an expedite basis.

"The entire modus operandi adopted by the Union of India reeks of mala fides. It is unfortunate that the Principal Bench of the CAT nurtured such efforts by passing the impugned transfer order, thereby paying obeisance to the diktat of the Union of India, which has been repeatedly held by the Supreme Court and various High Courts not to be a favoured litigant. Rather, the responsibility of meting out justice and serving the cause of justice is on a much higher pedestal for the Union of India than an ordinary individual litigant."

Bandyopadhyay had moved the High Court challenging the order of the CAT's principal bench dated October 22, 2021 allowing Centre's transfer petition in the case filed by Bandyopadhyay before the Kolkata Bench of CAT.

Bandyopadhyay was embroiled in a tussle between the Modi government and Mamata Banerjee's state government back in May 2021. The central government initiated action against him after he failed to be present to receive Prime Minister Narendra Modi at the Kalaikunda airbase in West Midnapore.

His tenure as the Chief Secretary of West Bengal was cut short after the Centre in May 2021 had asked him to report to New Delhi. Soon after, Bandyopadhyay resigned and an inquiry was initiated against him by the Centre.

Setting aside the transfer order, the Bench observed,

"The order of the Principal Bench not only violates the legal right conferred on the writ petitioner under Rule 6 of the CAT Rules, 1987, read with Sections 35 and 36 of the 1985 Act, as well as the petitioner's fundamental right of equality before the law, as enshrined in Article 14 of the Constitution, which is the grundnorm of the Indian legal fabric".

The Court further observed that such an action even by a quasi-judicial authority 'leaves a bad taste in the mouth' and also poses a threat to the federal structure as envisioned by the makers of the Constitution of India.

It was also noted that it is mandatory for notice to be served to the concerned party pursuant to Section 25 of the Administrative Tribunals Act, 1985 (1985 Act).

"The term "desire" used in Section 25 cannot confer unfettered authority on the Chairman to exercise such power according to his whims or fancy but has to be read mutatis mutandis with the prior requirement of notice "to the parties". Thus, it is implicit in Section 25 that notice and hearing must mandatorily be given to the parties and the Chairman's "desire to be heard" has to be qualified by reason and application of judicial mind", the Court observed further.

The Bench underscored that terms "notice" and "hearing" as envisaged under Section 25 of the 1985 Act cannot be 'hollow clichés, deserving only lipservice'.

In the instant case, Bandyopadhyay had been served with a notice of less than 24 hours in the early evening of October 21, 2021 to appear before the Principal Bench of the CAT, situated in New Delhi, on the very next morning, that is, on October 22, 2021. Subsequently, the CAT principal Bench on the very next date heard the entire matter on merits without affording an opportunity to Bandyopadhyay to come ready with a comprehensive objection, arguments and appropriate citations, the Court noted.

Opining such conduct to be 'extreme alacrity', the Bench remarked,

"Promptness is appreciated, but over-zealousness to cater to the fiat of the Government, be it Central or State, is not, by courts of law as a tradition."

It was further pointed out that the transfer petition was disposed of by the Principal Bench of the CAT on October 22, 2021, with less than 24 hours' notice to the petitioner. This was done by refusing even a meaningful, let alone adequate, opportunity of hearing or notice to the opposite party, that is, the present writ petitioner, the Court opined.

"This shocks the judicial conscience, to say the least', the Bench highlighted further.