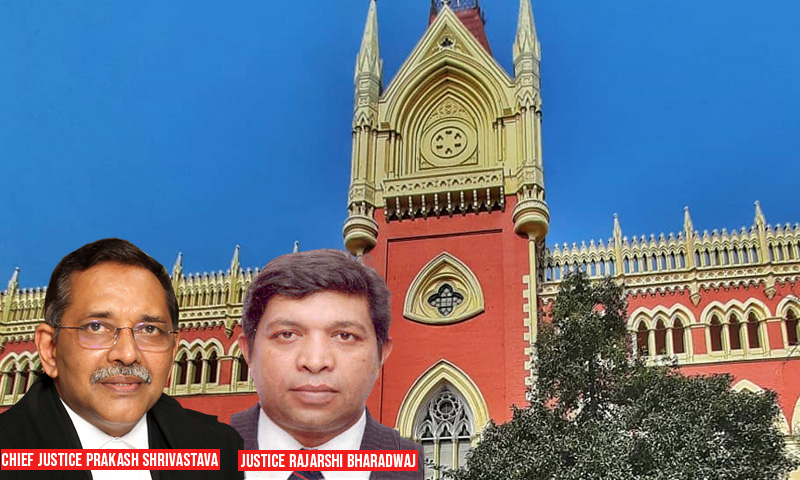 The Calcutta High Court on Monday set aside an order whereby the tenure of the existing Technical Member of the West Bengal Taxation Tribunal has been extended until formal appointment of Technical Member by the Government.A Bench comprising Chief Justice Prakash Shrivastava and Justice Rajarshi Bharadwaj directed, "..the impugned order passed by the learned Single Judge is set...

The Calcutta High Court on Monday set aside an order whereby the tenure of the existing Technical Member of the West Bengal Taxation Tribunal has been extended until formal appointment of Technical Member by the Government.

"..the impugned order passed by the learned Single Judge is set aside, however by making it clear that if a fresh prayer for stay is made before the learned Single Judge, then the same will be duly considered in accordance with law and appropriate order will be passed taking into account the aforesaid relevant aspects of the matter."

The Court however clarified that since the Administrative Member of the Tribunal has continued by virtue of the impugned interim order, therefore, the orders passed by him in the meanwhile are saved from challenge on the ground of his continuance as such.

The Bench noted that no facts or legal provisions had been referred to in the impugned order passed by Justice Rajasekhar Mantha and was thus liable to be set aside. Accordingly, the Court underscored,

"On the perusal of the impugned order, we find that no facts, legal provisions, existence of any ground for issuance of interim direction has been noted and in one sentence, without giving any further date in the matter, the stay has been granted. The impugned order reads as under:-
By consent of the parties, the tenure of the existing technical member of the West Bengal Taxation Tribunal shall stand extended until formal appointment of a technical member by the Government."

The Court further observed that although consent of the parties has been mentioned in the impugned order but the concerned counsel for the High Court Administration was not present when the order was passed. Reliance was also placed on the Supreme Court decision in Veer Kunwar Singh University Ad Hoc Teachers Association and Others v. Bihar State University (C.C.) Service Commission and Others to hold that consent given against the provision of law is of no consequence and on the basis of such a consent, an order contrary to law could not have been passed.

The Court also referred to the provisions of the West Bengal Taxation Tribunal, 1987 and observed that there is no provision for continuation of the tenure of a Technical Member after the expiry of the tenure of five years unless reappointment is made.

Reference was also made to the Supreme Court decision in National Company Law Tribunal and Appellate Tribunal Bar Association through its Secretary vs. Ministry of Corporate Affairs which dealt with a similar issue of filling up the vacancies of Chairman of NCLAT and President of NCLAT. The Court noted that although the Supreme Court had  wide powers under Article 142 of the Constitution yet after taking note of the fact that the Government had already initiated the process of reappointment it had only expressed trust and hope that the process will be completed expeditiously.

Opining that none of the grievances raised had been taken into consideration by the Single Judge, the Court remarked,

"We find that none of the above aspects have been taken into consideration by the learned Single Judge while passing the impugned interlocutory order, hence, we are unable to sustain it."

The Court further ordered the concerned Single Judge to take up the petition expeditiously and decide it finally in accordance with law given the nature of controversy related in the matter.