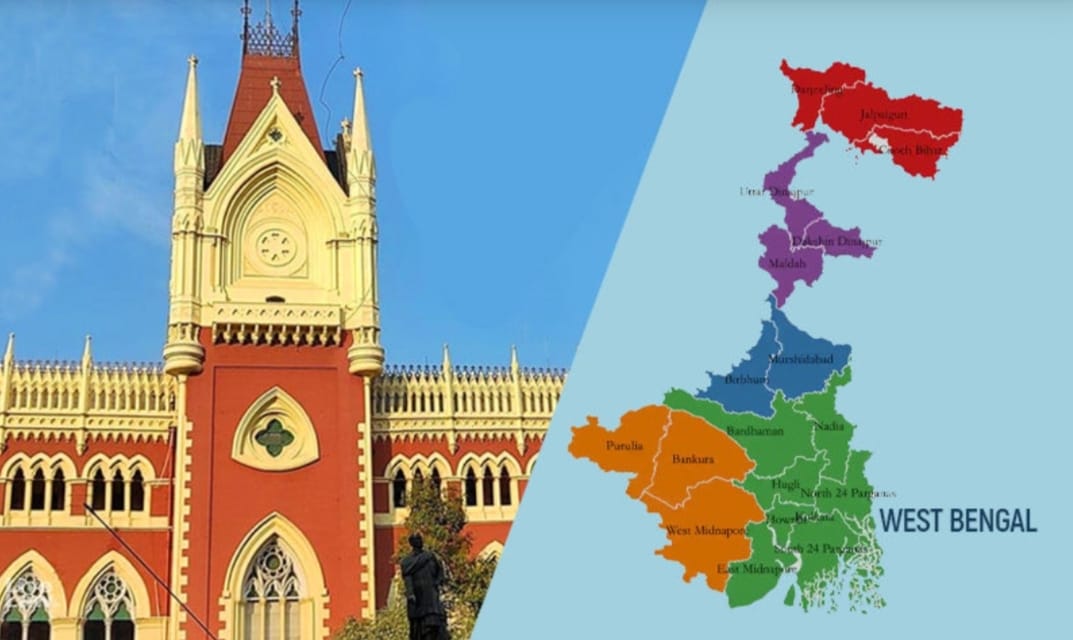 The Calcutta High Court on Wednesday dismissed a petition filed by BJP candidates contesting in the upcoming West Bengal Municipal elections, seeking police protection from the State so that they get a fair chance to compete in the elections. The Court noted that several discrepancies had been found in the allegations levelled and further labelled such allegations to be an...

The Calcutta High Court on Wednesday dismissed a petition filed by BJP candidates contesting in the upcoming West Bengal Municipal elections, seeking police protection from the State so that they get a fair chance to compete in the elections.

The Court noted that several discrepancies had been found in the allegations levelled and further labelled such allegations to be an 'election gimmick'.

"There is a fair chance that the representation, at least in respect of some of the candidates, might very well be an election gimmick more than a genuine grievance being expressed before a Court of Law"

Earlier, the BJP candidates had approached a Single Bench comprising Justice Rajasekhar Mantha alleging that they are being prevented from campaigning, being subjected to threats and intimidation by rival political party members. They had further contended that earlier threats and intimidation were resisted with difficulty at the time of filing nominations.

Accordingly, Justice Mantha had directed the Superintendent of Police of the concerned police stations to assess the threat situation and apprise the Court on Wednesday.

On Wednesday, Justice Bhattacharyya took on record the report filed by the Superintendent of Police, Purba Medinipur pursuant to the Court's earlier directions. In the report filed it was stated that seven of the writ petitioners have already been afforded police protection individually.

However, regarding other fourteen writ petitioners, as per intelligence gathered, there is no immediate threat perception against them. Thus, the Superintendent of Police did not recommend any additional security for the  fourteen candidates.

It was further stipulated in the report that if any specific threat against any other contesting candidate is received in future, the threat perception will be reassessed and necessary protection will be provided.

Opining that there are several discrepancies in the complaints filed by the BJP candidates, the Court observed further,

During the proceedings, the counsel for the petitioners also alleged that a lady candidate is being openly threatened and that she is being prevented from campaigning by members of the rival political party. However, upon perusal of the written complaint lodged by the concerned candidate, the Court noted that it appears that the allegations made therein were of a much more serious nature than those made in the subsequent representation.

It had been further alleged that the concerned candidate's family members were being obstructed from leaving their residence and threats were being issued by the rival political party workers. Addressing such a contention, the Court noted that no specific allegation had been recorded against any particular worker of the rival party and accordingly remarked,

Furthermore, the Court observed that even if allegations of bias were to be levelled by the petitioners upon the concerned Superintendent of Police, it would remain unexplained as to why seven of the writ petitioners were afforded additional personal police protection and that a further assurance had been given that n the event of further complaints, immediate steps would be taken for adequate protection of the candidates.

It was further held that the allegation that seven Personal Security Officers (PSO) given to seven writ petitioners are from unarmed forces is 'unsubstantiated by any material'. However, the Court directed the respondent authorities to provide armed securities to the concerned seven candidates, who have been afforded police protection pursuant to the report filed by the Superintendent of Police.

"However, there is no scope of interfering with the assessment of the Superintendent of the respective threat perceptions of the individual candidates and the consequential decision of the police not to give additional protection to the other fourteen candidates", the Court underscored further.

While disposing of the writ petition, the Court further directed that the Officer-in-Charge of the respective police stations shall continue to ensure that there is absolutely no breach of peace, intimidation or threat of any manner whatsoever to any candidate in the forthcoming municipal elections.

It may be noted that a Division Bench comprising Chief Justice Prakash Shrivastava and Justice Rajarshi Bharadwaj on Wednesday had directed the State Election Commission (SEC) to assess the ground situation by collecting information in respect of the conditions prevailing in each of the Municipalities and hold a joint meeting with the Home Secretary of the State and the Director General and Inspector General of the Police within 24 hours in order to take a decision with respect to the deployment of central paramilitary forces.

Pertinently, the Division Bench had underscored that in the event it is decided that central forces will not be deployed then the State Election Commissioner would be held personally liable to ensure that no violence takes place and that there is peaceful conduct of elections.

The Division Bench had also noted that although it has been alleged that BJP candidates have been prevented from filing their nomination papers however neither the names of those candidates have been disclosed nor have their supporting affidavits been filed. It had been further averred that in respect of the already concluded elections to 4 municipalities, conflicting material has been placed on record about the alleged violence.