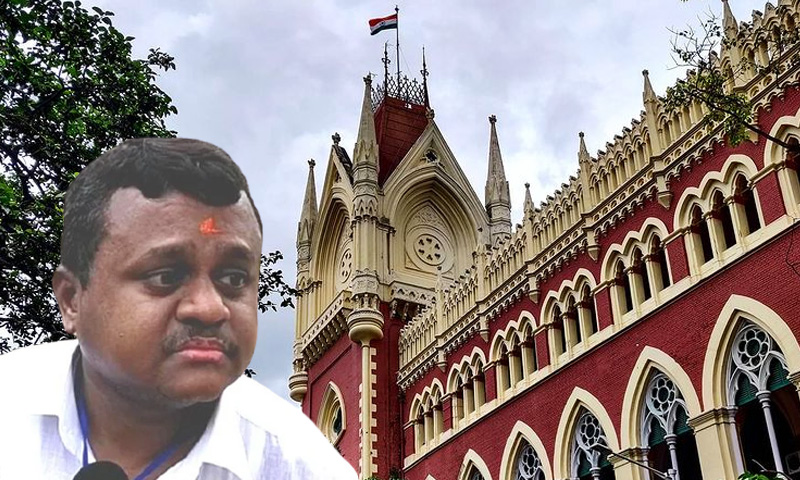 The Calcutta High Court on Friday directed the Election Commission of India (ECI) to apprise the Court whether forensic audit of CCTV cameras used during the recently concluded Contai Municipality elections can be conducted by it through some independent agency. The Court was adjudicating upon a Public Interest Litigation (PIL) petition moved by BJP leader Soumendu Adhikari alleging...

The Calcutta High Court on Friday directed the Election Commission of India (ECI) to apprise the Court whether forensic audit of CCTV cameras used during the recently concluded Contai Municipality elections can be conducted by it through some independent agency.

The Court was adjudicating upon a Public Interest Litigation (PIL) petition moved by BJP leader Soumendu Adhikari alleging that large scale violence and rigging of votes had taken place in the recently concluded Contai Municipality elections. Elections to 108 municipalities in the State including the Contai municipality took place on February 27.

A Bench comprising Chief Justice Prakash Shrivastava and Justice Rajarshi Bharadwaj had earlier refused to grant a stay on the counting of votes pertaining to the Contai Municipality elections which took place on March 2.

On the last date of hearing, the Bench had also allowed the BJP to implead the ECI as a party to the instant proceedings since a prayer had been made by the BJP seeking forensic audit of CCTV footage by the ECI in its capacity as an independent investigating agency in order to rule out any case of tampering.

On Friday, the counsel appearing for the ECI apprised the Court that the central authority does not have the infrastructure or any prior experience in conducting such forensic audit of CCTV footage.

To this, the Chief Justice remarked, "Can you get it done in your supervision by some independent agency?" Accordingly, a short adjournment was sought by the counsel for the ECI to come back before the Court with instructions in this regard.

The Court further underscored that the State Election Commission must in the meantime take all possible measures to preserve the relevant CCTV footage and other records and keep them in safe custody in order to prevent any instance of tampering.

During the proceedings, senior advocate Paramjit Patwalia appearing for Adhikari submitted that the State Election Commission (SEC) had not put forward the correct position in its affidavit-in-opposition pertaining to the alleged violence and booth capturing during the Contai municipal polls.

The senior counsel therefore urged the Court that forensic audit of CCTV cameras installed in polling booths must be conducted in order to apprise the Court of the correct occurrences. He further took exception to the appointment of State civil service officers as General Observers and contended that the previous order of the Court has been frustrated in this regard. It may be noted that the Court vide order dated February 23 had directed the SEC to appoint impartial officers of the IAS cadre as Observers during the municipal elections.

Senior advocate Jayanta Mitra appearing for the State Election Commission deposed that the SEC had no objection to the conduct of such an exercise and that every step should be taken to ensure transparency and conduct of free and fair elections.

Senior counsel Mitra however argued that the Court cannot go into the merits of the dispute and that the only authority empowered to do so is the State Election Commission. He placed reliance on the Supreme Court judgment in Jaspal Singh Arora vs State Of M.P. And Ors in this regard to contend that there is a bar to the interference by Courts in electoral matters pursuant to Article 243-ZG of the Constitution.

The matter is slated to be heard next on March 23.

According to various newspaper reports, the civic polls to 108 municipalities in West Bengal was marred by widespread violence. It was reported that throughout the day yesterday, reports of intimidation allegedly by the ruling Trinamool Congress (TMC) workers, electoral malpractices and attack on journalists emerged from various parts of the State.

The Court last week had directed the State Election Commission (SEC) to collect information in respect of the conditions prevailing in each of the Municipalities where the elections are scheduled and hold a joint meeting with the Home Secretary of the State and the Director General and Inspector General of the Police within 24 hours. The SEC had also been directed to examine the ground situation of each of the 108 Municipalities and take a decision in writing with respect to the deployment of central paramilitary forces.

Opining that the State Election Commissioner will be personally liable if violence takes place, the Court had further ruled, "If the Commissioner, State Election Commission takes the decision not to deploy the paramilitary forces, then he will be personally liable to ensure no violence takes place and free, fair and fearless elections take place in the municipality where paramilitary forces are not".

Subsequently, the SEC had decided to not deploy central paramilitary forces during the civic polls. The Court had been adjudicating upon a plea moved by the BJP alleging that large scale violence and rigging of votes took place during the recently conducted elections to 4 municipalities in West Bengal and accordingly sought for deployment of central forces for the upcoming elections to the remaining 108 municipalities.

Subsequently, a Division Bench of the Supreme Court comprising Justice DY Chandrachud and Justice Surya Kant had dismissed the special leave petition filed against the decision of the Calcutta High Court which had declined to issue directions for the deployment of central forces for the upcoming elections to to the remaining 108 municipalities of West Bengal which took place on February 27.