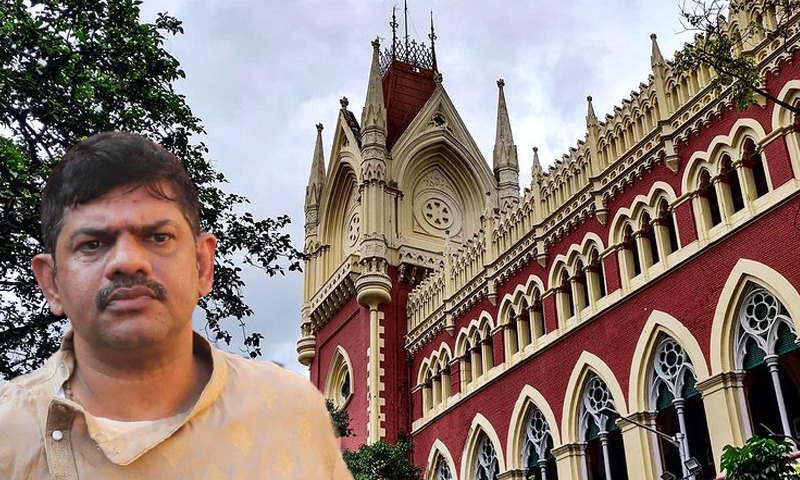 The Calcutta High Court on Wednesday granted bail to BJP leader Rakesh Singh who had been arrested by the Kolkata police on February 23 in connection with his alleged involvement in a drug recovery case. Singh had been arrested pursuant to the arrest of another BJP leader Pamela Goswami for the alleged seizure of contraband substance (76 grams of cocaine) from a car she was travelling in along with two other persons.

Singh had approached the High Court seeking bail in a case initiated under Sections 21(b)/29 of the Narcotic Drugs and Psychotropic Substances Act, 1985 (NDPS Act) pending before a Special Court at Alipore.

"In the facts of the present case, on an assessment of the material on record, we are of the prima facie view that the petitioner may not have committed the offence that he is charged with. Further, considering the past history of the petitioner which we have adverted to above, there is nothing on record to suggest that he is likely to commit an offence under the NDPS Act while on bail."

The Court further acknowledged that there cannot be any doubt that persons indulging in illegal trafficking in contraband drugs and psychotropic substances must be dealt with, with iron hands. However, the instant case does not merit the rejection of the bail application.

"The activities of such 15 persons have a widespread deleterious effect on the society at large. Countless members of the society, often of tender age, fall prey to the heinous and nefarious activities of drug peddlers. However, the decision in each case must depend on the facts of the case and no principle of law can be applied blindly to a given set of facts", the Court remarked further.

Opining on the application of Section 37 of the NDPS Act (conditions imposing restrictions on grant of bail) the Bench observed that although mere non-recovery of contraband from a person's possession may not per se dilute the rigours of Section 37, in the instant case only 76 gms of cocaine had been recovered. Placing reliance on the Supreme Court judgment in Sami Ullaha v. Superintendent, Narcotic Central Bureau the Bench opined that in cases involving intermediate quantity of narcotics, Section 37 of the NDPS Act will not be applicable.

The Bench further took cognisance of the fact that the seizure of cocaine had taken place from the other co-accused persons- Prabir, Somnath and Pamela. However, they had not been named in the charge sheet. Questioning the veracity of the prosecution case, the Bench opined,

"While the case of the prosecution initially was that recovery of the contraband item was made from Prabir, Somnath and Pamela who were intercepted in the Motor Car, the story in the charge sheet is that the petitioner planted the contraband item in the Motor Car in which those three persons were travelling to put them in trouble to take revenge for some personal enmity. Prima facie, this raises considerable doubt in our mind as regards the veracity of the prosecution case."

"In our view, being involved in one solitary transaction concerning contraband items will not amount to financing illicit traffic in narcotics. The word "trafficking" connotes continuous flow. There has to be some degree of continuity and regularity in drug dealing before a person can be said to be trafficking in drugs. Similarly, financing illicit traffic would necessarily mean doing so on a regular or continuous basis. It is much more than purchasing or selling contraband items on one occasion", the Court elucidated further.

The Court also rejected the State's argument that the petitioner was trying to abscond on the night when he was arrested. The Court pointed out since there was no restriction on his movement, merely from the fact that he was headed towards Patna may not necessarily indicate that he was trying to flee.

Singh was directed to be released on bail upon furnishing a bond of Rs. 1,00,000/-, with four sureties of Rs. 50,000/- each and was asked to report to the Officer-in-Charge of the concerned police station once in a week until further orders. He was also ordered not to travel outside West Bengal without the prior leave of the Trial Court and was directed to immediately surrender his passport.