'Termination Of Service By Merely Giving Notice, Without Holding Him Guilty Of Any Offence Is Wholly Unfit': Calcutta High Court Imposes 20,000 Cost On Employer 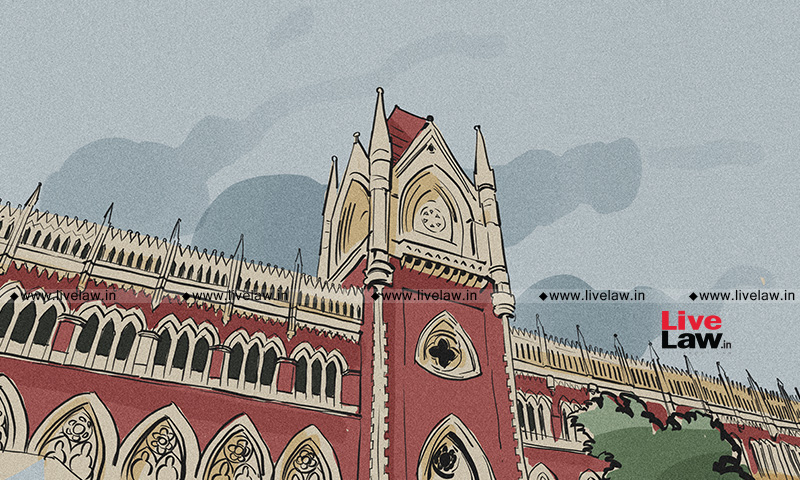 x
Our Constitution is primarily shaped and moulded for the common man.

Emphasizing that the Constitution is meant to 'secure the social order' of the society and to promote the 'welfare of the common people', the Calcutta High Court yesterday imposed cost of Rs. 20,000/- on an employer who terminated an employee without any cogent reasons. "Such high-handed action of termination which fits in a feudal minded society for termination of service of a...

Emphasizing that the Constitution is meant to 'secure the social order' of the society and to promote the 'welfare of the common people', the Calcutta High Court yesterday imposed cost of Rs. 20,000/- on an employer who terminated an employee without any cogent reasons.

"Such high-handed action of termination which fits in a feudal minded society for termination of service of a person by merely giving a notice without holding him guilty of any offence is wholly unfit in the atmosphere of a democratic country like ours where the dynamics of law is towards fairness in all actions", single bench of Justice Abhijit Gangopadhyay held.

It added that 'judicial process' is also 'State action' and thus, a duty is cast on the State, which includes the judiciary, under Article 38 of the Constitution— to secure a social order for the promotion of the welfare of the people.

In this regard, the Court referred to the case of Bidi Supply Co. v. Union of India, where the Supreme Court had held as follows:

"I am clear that the Constitution is not for the exclusive benefit of Governments and States; it is not only for lawyers and politicians and officials and those highly placed. It also exists for the common man, for the poor and the humble, for those who have businesses at stake, for the 'butcher, the baker and the candlestick-maker". It lays down for this land "the rule of law" as understood in the free democracies of the world. It constitutes India into the Sovereign Democratic Republic and guarantees in every page rights and freedom to the individual side by side and consistent with the overriding power of the State to act for the common good of all."

The Court also revisited and agreed with the following words of eminent jurist Palkhivala:

"Our Constitution is primarily shaped and moulded for the common man. It takes no account of "the portly presence of the potentates, goodly in girth". It is a Constitution not meant for the ruler "but the ranker, the tramp of the road, The slave with the sack on his shoulders pricked on with the goad, The man with too weighty a burden, too weary a load." "

In this backdrop, the High Court dismissed the employer's writ petition challenging an award passed by the Industrial Tribunal, favouring the employee for payment of all the back wages, including the benefit of revised wages or salary.

The Court also heard the employer's objections on issues pertaining to (a) jurisdiction of the Tribunal; (b) status of the employee as a 'workman' and application of the Industrial Disputes Act, 1947.

On the first issue, the Court held that it is interesting to note that nowhere in the entire writ petition, anything has been shown by the employer as to how the prejudice has been caused by adjudication by the 8th Industrial Tribunal. After discussing the concepts of 'prejudice' and 'consequential prejudice', the Court held that there was no consequential failure of justice due to the adjudication by the 8th Tribunal.

"The principle is that when a case had been tried by the court on the merits and judgment rendered, it should not be liable to be reversed purely on technical grounds unless it had resultant in failure of justice, and the policy of the legislature has been to treat objection to the jurisdiction both territorial and pecuniary and not open to consideration by an appellate court unless, there has been prejudice on the merits", the Court noted.

The Court held that the issue about jurisdiction was "wholly baseless and frivolous" as at the time of filing of the application, there was no specified Tribunal or Labour Court for adjudication, so the employee cannot be said to be at fault. Moreover, the Court also noted that the employer never took any steps for transferring the matter to the 4th Tribunal after the adjudicating Tribunal was specified.

On the second issue, the Court relied on the observations made by the Tribunal and held that the employer had failed to show anything in its evidence that the employee was working in a supervisory capacity, in the absence of which, the question of whether an employee is a workman within the meaning of Section 2 (s) of the ID Act or not is not required to be considered.

Lastly, the Court noted that the employee's termination was made by relying on one clause in his appointment letter, without any domestic enquiry. It observed that such a clause of termination of service by giving one month's notice is not acceptable as the employer-employee relationship has entirely changed in the last 60-70 years.