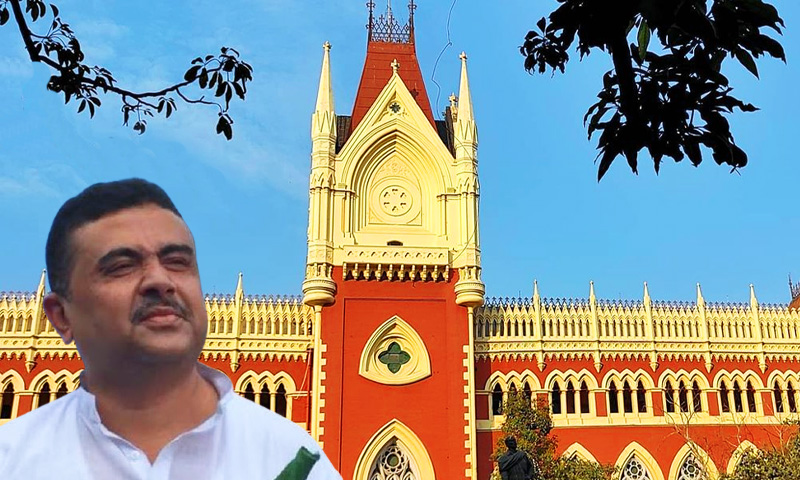 The Calcutta High Court on Thursday issued notice to the West Bengal's Director General of Police, Manoj Malviya and two other IPS officers in a contempt petition filed by BJP MLA Suvendu Adhikari for allegedly violating an earlier order by restricting Adhikari from going to Netai village in Jhargram district on January 7, 2022.

The BJP MLA was on his way to meet the families of the victims of the 2011 massacre wherein CPM activists had allegedly fired at villagers killing nine people during the Left-front rule.

Justice Sabyasachi Bhattacharyya noted that in the order dated January 5, 2022, the Court had granted permission to Adhikari to visit Netai village after recording that as citizens of India he as well as his security personnel have the right to not only visit the village but any other place in India, subject to legal restrictions, without violating any provision of law.

Opining that the concerned police officers had prevented Adhikari from visiting Netai despite assurances given by Advocate General S.N Mookherjee to the contrary, the Court remarked,

The Court further noted that since Adhikari was visibly not armed and had not physically threatened the alleged contemnors, there was no occasion for the police authorities to specifically prevent the him from going to Netai village.

The Court also dismissed the contentions that a mob would have entered the village if the BJP MLA was permitted to visit the village by opining that such contentions are in the 'realm of conjecture and surmise.'

"In fact, it is evident from the nature of the pleadings and the video footage as referred to above, that the alleged contemnors deliberately prevented the petitioner and blocked him, at a distance from Netai village, from going on to the said village", the Court opined further.

Issuing show cause notices to the IPS officers, the Court ordered,

".. IT IS ORDERED that a Rule do issue calling upon the alleged contemnors as pleaded in contempt application to show cause as to why they should not be committed to prison or otherwise penalised or dealt with for having willfully violated the order dated January 5, 2022 passed by this court in WPA No.129 of 2022."

The Court accordingly directed the contemnors to be personally present in Court on the next date of hearing which is slated to take place on July 28 at 10: 30 a.m.