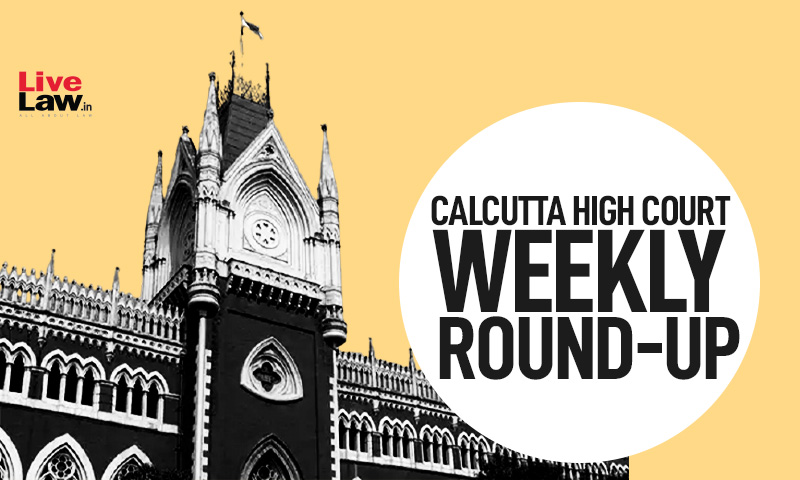 The Calcutta High Court has recently set aside the nominations made to post-graduate medical courses in the Institute of Post-Graduate Medical Education & Research (IPGEM&R) by a private Trust by opining that such a process turns a blind eye to merit and that it would entail the public being on the receiving end of sponsoring future-doctors without knowing whether they are the best of the pick. Justice Moushumi Bhattacharya observed, "There is no intelligible benchmark disclosed by the Trust as to the reason why the private respondents were recommended for admission despite having lower ranks compared to the petitioners in the NEET - PG Test. The assessment hence is a parallel selection process outside the recommended statutory framework and is subversive of the Act and the Regulations. The Trust has not only turned a blind eye to merit but has doffed its hat to the dilution of merit. The State is hence precluded by law to accept the recommendations."

The Calcutta High Court on Wednesday personally interacted with a minor victim girl who had allegedly been kidnapped and thereafter ordered for the girl to be handed over to her parents pursuant to her request. Justice Shampa Sarkar had earlier directed the Superintendent of Police, Purba Medinipur to file a report before the Court indicating the reasons as to why the minor girl who was allegedly kidnapped, has not yet been recovered. "The victim girl has been traced. She has been produced before the court. The court has interacted with the girl, privately. The girl has expressed her firm desire to go back to her parents. The court has also spoken to the parents, who were in court", the order read. Accordingly, the plea was disposed of by expressing caution that the concerned police authorities must keep a vigil so that the same incident is not repeated.

The Calcutta High Court ordered that the present West Bengal Medical Council will stand dissolved from July 31 on the ground that no elections for the constitution of a new Council has been held since 1988 and further directed that a newly duly-elected Medical Council should be constituted latest by October 31, 2022. Justice Sabyasachi Bhattacharyya observed, "Thus, this court expresses its reservations as to the palpable inaction on the part of the West Medical Council in not holding any elections and/or constituting a new Council since 1988." The Court further noted that the last elected body spent its five-year tenure long back, in the year 1988 and that in the last 34 years, which is almost seven times five, neither has any ad hoc body been appointed, nor any election held. "However, for obvious reasons, the present Council members took no steps worthy of exhibiting their bona fides for taking steps to organize elections after the year 1988 but chose to hibernate in the stupor of protracted perpetuation of their power", the Court underscored further.

The Calcutta High Court directed central agencies- Central Bureau of Investigation (CBI) and Enforcement Directorate (ED), as well as the State government to hand over the money recovered from the sale of assets pertaining to the Saradha group of companies to a one-man committee comprising of Justice S.P. Talukdar, former Judge of the High Court. The Court further directed SEBI to conduct sale of remaining properties of the company through its usual procedure pursuant to which a report was ordered to be furnished to the Committee. The defrauded depositors apprised a Bench comprising Justice I.P. Mukerji and Justice Subhendu Samanta that diverse authorities like C.B.I., E.D and State government etc. have in their possession some funds belonging to the company and thus prayed for the entire fund including the sale proceeds realized by SEBI to be handed over to the committee for the issuance of appropriate directions. Accordingly, the Court ordered, "Considering these submissions, we direct that the one-man committee headed by Mr. Justice S.P. Talukdar(retired), shall deal with the matter. All funds belonging to the company after deduction of all expenses and fees etc. shall be deposited by the above authorities with the one-man committee or in any bank according to its directions."

Case Title: In the matter of Central Bureau of Investigation represented by Anupam Mathur & Anr

The Calcutta High Court imposed an interim stay for 6 weeks on the FIR registered by State police authorities against CBI officers for allegedly harassing common people during the ongoing probe into the coal smuggling scam in the State. Pursuant to the order, the State police authorities will not be able to take any further steps in the FIR which names CBI officers including Umesh Kumar, who is leading the probe. The concerned FIR was filed at the Bishnupur police station under Diamond Harbour sub-division of South 24-Parganas. A resident of Diamond Harbour had filed a complaint at Bishnupur police station alleging that he, along with some other people, were threatened by CBI officers in the name of interrogation in connection with the coal and cattle smuggling cases. Issuing an interim stay, Justice Bibek Chaudhuri observed, "In the meantime, there shall be stay of further investigation into the offences punishable under Sections34/120B/166/167/193/195/195A/196/465/467/468/471/506( ii) of the Indian Penal Code, 1860 in connection with Bishnupur Police Station Case No. 361/2022 dated 27.05.2022 for a period of six weeks."

The Calcutta High Court issued notice to the West Bengal's Director General of Police, Manoj Malviya and two other IPS officers in a contempt petition filed by BJP MLA Suvendu Adhikari for allegedly violating an earlier order by restricting Adhikari from going to Netai village in Jhargram district on January 7, 2022. Notice was also served on two other IPS officers namely former Jhargram district police superintendent, Biswajit Ghosh and the current Jhargram district additional police superintendent (headquarter), Kalyan Sarkar. "In fact, it is evident from the nature of the pleadings and the video footage as referred to above, that the alleged contemnors deliberately prevented the petitioner and blocked him, at a distance from Netai village, from going on to the said village", the Court opined further. The Court accordingly directed the contemnors to be personally present in Court on the next date of hearing which is slated to take place on July 28 at 10: 30 a.m.