Can State Be Permitted To Use NDRF Funds For Bearing Rail Fare Of Migrants Who Can't Pay? Karnataka HC Asks Centre 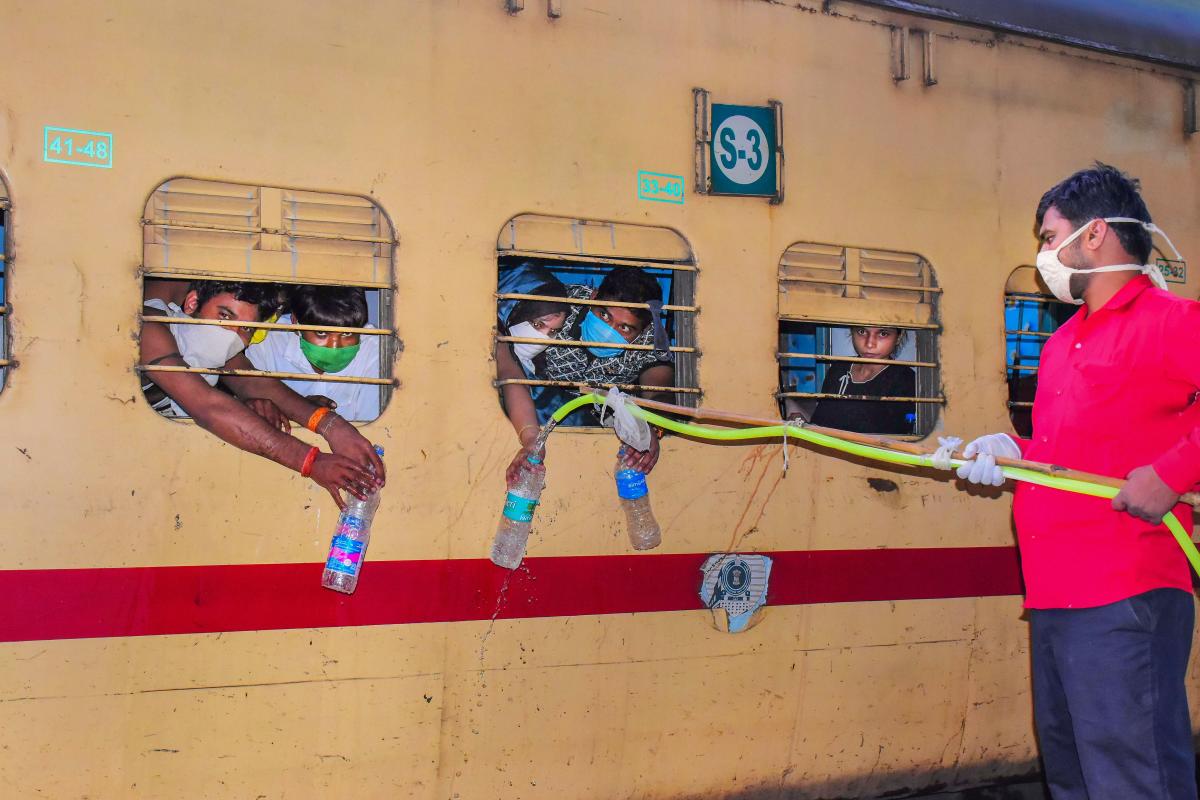 The Karnataka High Court has asked the Central Government if the State can be permitted to use the funds transferred by the National Disaster Response Fund for payment of train fare of migrants who are not in a position to pay the amount.

"The learned Additional Solicitor General will take instructions whether the State can be permitted to use the funds transferred by the National Disaster Response Fund for payment of train fare of the migrants who are not in a position to pay any amount", observed a division bench comprising Chief Justice A S Oka and Justice B V Nagarathna.

The bench also requested the Additional Solicitor General of India to take instruction from the Central Government and Railways on the question of waiver of train fare for the migrants who have been stranded in the State and who are not in a position to pay.

The Court noted that it was not clear whether the Railways are going to charge only 15% of the fare for travel by Shramik special trains.

"The stand of the Government of India as reflected from the memo dated 16th May, 2020 is that the train fare payable to the Railways shall be paid by the State Government and shall be recovered by it from the corresponding States to which the migrants will be traveling. There has to be a clarity on the question of the extent of fare charged by the Railways for Shramik special trains", the bench observed.

The Court also came down on the Karnataka Government for not making clear its policy on bearing the rail fare of migrants from other states. Therefore, the bench directed the Chief Secretary and the Secretary of the Labour Department to remain present before the court through video conferencing on May 26.

The bench directed the state government to place on record in what manner it will take care of the migrant workers and their families, if any, who are unable to go back to their respective States, as they are unable to pay the train fare. The state is also told to make it clear how long it will take care of such migrant workers and their families.

Last week, the Court had observed that no one should be deprived of an opportunity to go back to his own state only for the reason that he has no capacity to pay for the transport

On May 19, it asked the state to clarify on whether it really wants to take a stand that a migrant worker who has no income and is not in a position to pay Railway fare will not be allowed to travel by Shramik special trains to his home State.

Later, it filed a written statement in the Court stating  "There is nothing erroneous or illegal in the State limiting the expenditure only to those migrants who are returning to the State of Karnataka. There is no violation of any Right to Equality or the Right to Life. Article 19(1)(d) is a freedom guaranteed to citizens to move freely throughout the territory of India. There is no constitutional or statutory obligation on the State to provide free transport or to bear the cost of transport to all persons within the State.

It added that "The right to food, as a principle and the right of the migrants to food and shelter within the State, is a matter which is very different from the right of the migrants to be paid for travel outside the State. So long as they are within the State, in a federal structure, the State is duty bound to take care of their food and shelter in times of crisis. However, if they do leave the State and move to any other State, the obligation is then of that particular State to take care of the said persons."

Regarding this submission, the bench observed :

"The concept of a Welfare State has been consistently a part of our Constitutional philosophy. Today, because of the reluctance of the State Government to bear the train fare of the migrant workers who are not in a position to pay, apart from the allegation that it will violate the fundamental rights of the migrant workers, they will be forced to continue to stay in the State. They will have to look upon the State Government for providing food and other necessities".

"We must record here that it is not merely an issue of survival of the migrant workers who are unable to go back to their respective States because they do not have money, there are other needs of the migrant workers, such as their health, their families. The migrant workers who are staying in the State by leaving their families in the States of their origin are in a precarious position because they are unable to send money for the maintenance of their respective families. These are all human issues which need to be addressed by the State Government as well as the Central Government, considering the concept of a Welfare State."

The bench reminded both the governments how the situation had arisen, it said

"The situation which has arisen today is due to the reason that there was no time available for the migrant workers to go back to their respective States after the declaration of lockdown. By the time the embargo on travel from one State to another was diluted, many of the migrant workers must have lost their jobs and/or source of livelihood and therefore, they are unable to pay the train charges".

The matter will be next considered on May 26.