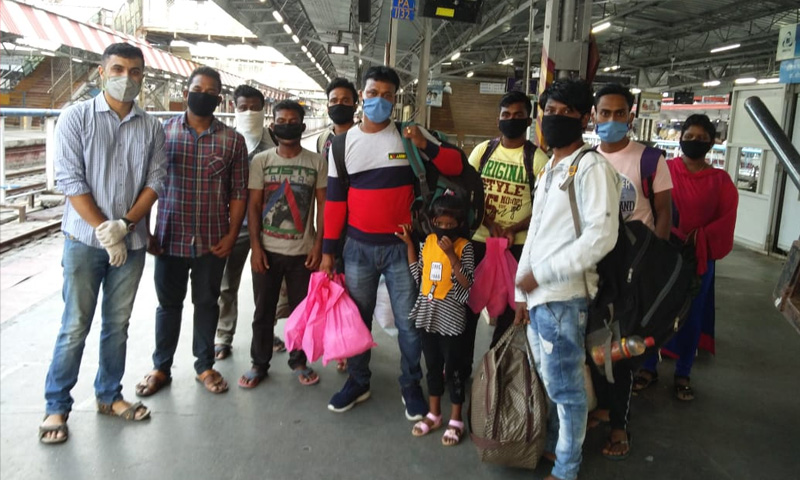 The Karnataka High Court has asked the State Government to reconsider its policy decision of stopping requisition for Special Shramik trains and closing mustering centres.

"Prima facie it appears to us that there is no change in circumstance by passage of time. The factors which prevailed when the state took decision to bear the railway fare... the same situation continues today", observed a division bench comprising Chief Justice Abhay Sreenivas Oka and Justice Aravind Kumar.

"In terms of spread of COVID-19, the situation has become worse. Can the state bring about drastic change in its policy on the ground that the opportunities to work at various projects which were closed during the lockdown, are now open and work is available to migrant workers?", the bench asked.

The bench was hearing a petition filed by All India Central Council of Trade Union and others, highlighting the problems faced by migrant workers during the lockdown.

Additional Advocate General Dhyan Chinnappa submitted  "We are in the unlock phase and somewhere the state has to draw a line and the process of sending back migrant workers has to stop someday. Migrant workers who had gone back to some state are returning to the states. Work is available to workers in the city/state."

In response, the bench observed  "That is the problem, what the state precisely wants is they (Migrant workers) should continue here so that it benefits the industries. It benefits the real estate lobby. If there is no change in circumstances, can the state say we will change our policy, we will not provide assistance to those wanting to go back, only because work is available in the city/state".

Advocate Clifton Rozario, appearing for the Union, argued that every evening from June 26 to July 7, a list of migrant workers who want to return back to their home states has been submitted to the nodal officer. However, without even informing the union the state has closed down the mustering centres.

The bench thus directed the nodal officer, who is the Principal Secretary, Revenue Department, to file an affidavit explaining what action has he taken on basis of data furnished to him by the Union, from June 26 to July 7. He is also to state whether effort was made to find out if migrant workers mentioned in the list want to go back. Also, he has to specify whether this fact (list of migrant workers provided by Union) from June 25 was made available to the state before it took the policy decision of discontinuing mustering centres. The affidavit has to be filed by Monday.