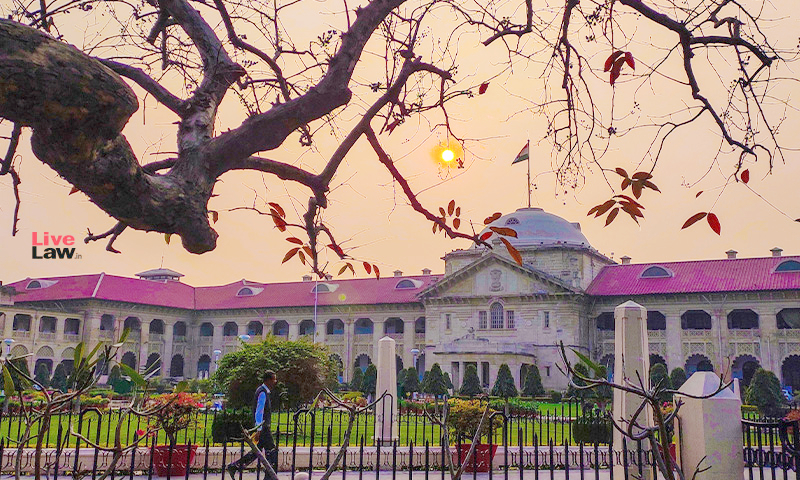 The Allahabad High Court has observed that if bail is granted to similarly placed co-accused persons without assigning any reasons, then, on the basis of such bail orders, merely on the ground of parity, the bail application should not be allowed.

Essentially, the Bench of Justice Sameer Jain was dealing with the case of one Manish who was seeking bail in connection with a murder case wherein it was alleged that he, along with his parents ablazed a lady by pouring kerosene oil on her.

In the dying declaration of the deceased, it had come out that on the date of the incident, the applicant, his parents, and the brother of the applicant dragged her into their home and after pouring kerosene oil ablazed her.

On the other hand, the bail applicant submitted that the entire allegation made in the FIR and in the dying declaration of the deceased was totally false and baseless and initially, during the investigation, the accusation made against the applicant and his parents were found false, therefore, the final report was submitted in the case,

However, it was further submitted that thereafter, under the direction of the SSP concerned, further investigation was commenced and thereafter, charge sheet was submitted against the accused persons.

It was argued that the dying declaration of the deceased is not in accordance with law and is tutored one and that the co-accused have already been enlarged on bail by the co-ordinate Bench of the Court and therefore, on the ground of parity applicant should also be released on bail.

The Court noted that other 2 accused were also enlarged on bail by the Court in the same fashion. To this, the Court perused the bail orders of similarly placed co-accused and noted that without assigning any reasons, the accused were released on bail merely on the basis of argument advanced by their counsels.

Further, the Court referred to several Supreme Court judgments where the Apex Court had stressed the need of providing reasons in bail order, and noted that the Court had even cancelled the bail granted to the accused by the High Court on the ground that High Court did not assign any reasons.

Against tbis backdrop, the Court held that that parity cannot become the sole criteria to grant bail and if the bail granted to similarly placed co-accused persons without assigning any reasons then on the basis of such bail orders merely on the ground of parity, the bail application should not be allowed and parity can only be persuasive in nature and cannot be binding.

Further, the Court denied bail to the applicant, the Court remarked thus:

"In the present case, in the dying declaration of the deceased, there is specific allegation against the applicant that he alongwith co-accused persons dragged the deceased in his house and poured kerosene oil on her and when she tried to manage to escape then after chasing her applicant and co-accused persons ablazed her and post mortem report of the deceased further shows that she died due to ante mortem burn injuries and co-accused persons who were although released on bail by co-ordinate Bench of this Court but their bail orders shows that they were released on bail merely on the basis of the argument advanced by their respective counsels without assigning any reasons, therefore, in my view, it is not a fit case in which applicant can either be released on bail on merit or on the ground of parity."