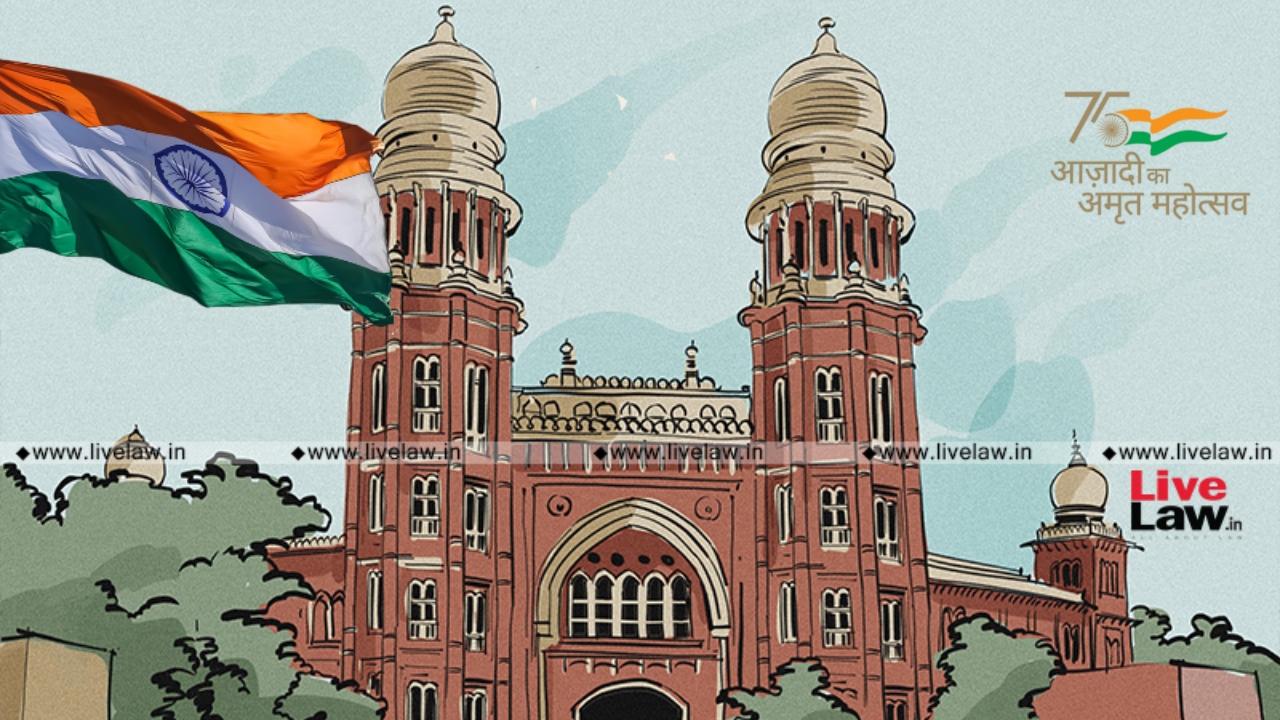 The Madras High Court recently granted permission for conducting Rekla race in connection with the 75th Independence Day Celebration and Aadi Temple Festival in the Bhavani Town of the state's Erode District.

The bench of Justice T. Raja and Justice K. Kumaresh Babu said that since the Rekla race was to be conducted by residents of Erode District as part of the 75th Year Independence Day, therefore, refusing their prayer would send a message that Indians are refused to celebrate even the Independence Day.

It may be noted that Rekla races involve getting bulls tied to purpose-made carts to run a distance. While residents of the southern district celebrate Jallikattu, the people residing in western districts of the State conduct Rekla races.

Essentially, the petitioner (V. Sounthar) and his friends decided to celebrate the 75th Year Independence Day and Aadi Festival on August 14 and August 15, 2022, respectively and as a part of the said celebration, the local people decided to conduct a Rekla race on August 14, 2022.

They sent a representation to the official authorities seeking permission to conduct the race, however, the representation was kept pending, and thus, the petitioner moved to the High Court.

Appearing for the respondents, the Special Government Pleader submitted before the Court that a similar request was already accepted and permission was also granted to conduct a Rekla race on July 31, 2022, to celebrate the Aadi Festival.

However, the petitioner once again gave an application to hold a Rekla race on August 14, 2022, and since they are unnecessarily intoxicating the horses and also indulging in gambling and betting activities, considering the larger public interest, no permission is granted to conduct the Rekla race.

At the outset, the Court noted that Independence Day is celebrated by all of us every 15th of August to celebrate freedom from the foreign yoke. The Court also noted that the celebrations are marked by dancing, singing and distributing sweets, and holding different cultural entertainments.

The Court further noted that youngsters and youths in both village and urban sides organize different cultural programmes and various games like Kapadi, Cricket, Silambam, cycle race and motor race to mark India's Independence and also to remember the supreme sacrifices made by the people to get free from the foreign ruling.

In this regard, the Court observed that Rekla Race, sought to be conducted by the petitioner, is one of the cultural programmes which has been in vogue from time immemorial in India like Jallikattu and therefore, the Court opined, the objection raised by the respondents that the bulls participating in the race could be intoxicated is only based on frivolous assumption.

"When the petitioner came forward to conduct the rekla race as part of the 75 th Year Independence Day, we are afraid that refusing their prayer would send a message that Indians are refused to celebrate even the Independence Day...Therefore, when the Nation is also gearing towards the celebration of Our 75 th Year Independence Day in a grand manner, the objections raised by the learned Special Government Pleader that they have already granted permission to another party to hold a similar rekla race on 31.07.2022 cannot be a reasonable objection," the Court further remarked as it allowed the conduct of the race.

The Court directed that the race be conducted on 14.08.2022 between 9.00 a.m. to 12.00 p.m. from Bhavani to Appukudal Road in connection with the 75th Year Independence Day and Aadi Festival by considering the petitioner's representation dated 05.08.2022.

However, the Court did direct that there shall not be any betting or intoxication of bulls and that if there is any violation of any one of the conditions imposed above, the concerned Police Officer is at liberty to take necessary action, as per law and stop the Rekla race forthwith.