Can't Reject Plea U/S 125 CrPC On The Ground That Wife Has Sufficient Means As She Got Money After Selling Property: Allahabad HC 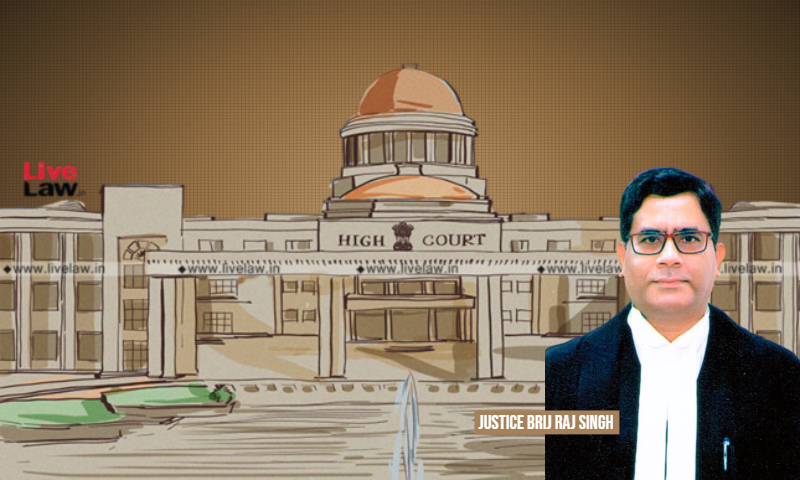 The Allahabad High Court recently observed that a wife doesn't lose her opportunity for grant of maintenance under Section 125 CrPC on the ground that she has sufficient means to maintain herself and her children as she got money after selling the property.

With this, the Bench of Justice Brij Raj Singh set aside the judgment and order passed by the family court rejecting the plea of one Krishna Devi under Section 125 Cr.P.C. seeking direction to her husband to pay her at least Rs.10,000/- as the monthly maintenance.

Krishna Devi (wife/revisionist) filed an application under Section 125 CrPC before the Family Court Lucknow stating that she got married to the opposite party no.2 (Husband) in 1967 and out of the wedlock three children were born.

She further stated that her husband provided maintenance to her till 1983, but thereafter it was stopped by him. She further stated in the application that she was dependent on her brother, who used to provide financial assistance but suddenly, he had gone missing. Therefore, she sought maintenance from her husband on the ground that she has no source of income at the relevant time.

However, her application was rejected on the following ground:-

The observations made by the High Court

The Court noted that the Court did not take into account the fact that since her husband had performed a second marriage, and she was deserted, therefore, she was living separately.

Regarding the money received after selling the property, the Court observed thus:

"The finding recorded by the court below appears to be perverse because if there was some property at Farrukhabad and money out of sold property was used for maintenance of the children as well as revisionist; it could not be inferred that the revisionist has lost her opportunity for grant of maintenance under Section 125 CrPC...If some income was received by her out of the sold property, it does not mean that she would sustain throughout life."

Regarding the claim made by the Husband and recorded by the Court that the revisionist had an illicit relationship, the Court stressed that the said finding was also perverse because the statement of fact was not proved.

"The court below has passed the order without appreciating the facts in totality. The observation appears to be influenced by factual aspects which were not proved and without adducing them on record. The application has been rejected without application of mind. Since the income part and other relevant evidence have not been looked into, it is not appropriate to arrive at any conclusion at the moment for granting maintenance because quantum can be assessed only after recording the finding on financial assets and income of the husband," the Court noted as it set aside its judgment and order.

Consequently, the Court remanded the case to the court below to take a fresh decision within a period of four weeks.